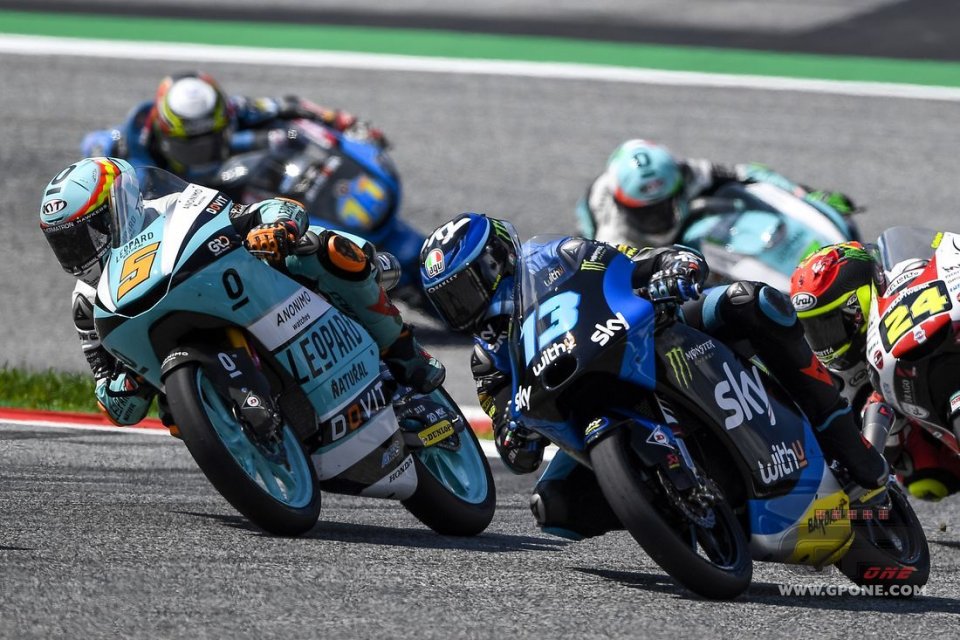 The MotoGP grid for next year could see a big change, but this time it doesn’t regard the rider market. It concerns one team in particular that could abandon the world championship and there are already others that would like to take its place.

The future of the Avintia team, in fact, is far from certain. The Spanish team is achieving good results this year with Zarco and the support of Ducati but is reported to be thinking of leaving the premier class. Its place is tempting to many, because in MotoGP the number of places is limited and the only way is to take over an existing structure, as Petronas did with Aspar.

Who could take Avintia's place? First of all Leopard, the team of the Italo-Luxemburger Flavio Becca, who has been a benchmark for years in Moto3. The entrepreneur has always had the dream of making his entry into the premier class and the opportunity is too tempting to pass up.

However, he will have to beat off competition from another top-level structure: VR46. For years now speculation has abounded about the possible entry of Valentino Rossi's team into MotoGP and now there appears to be something concrete.

Now that it is a dead cert that Enea Bastianini has signed with Ducati, in theory he should team up with Tito Rabat, but the Spaniard is not so sure he wants to continue. Should he decide to quit, there would be another Desmosedici available that could go to Luca Marini.

For the VR46 outfit it would be perfect to move to MotoGP taking Luca along and having two Italian riders in the team, linking its name to that of Ducati and thus completing its presence in all classes of the world championship, the best possible way to nurture new talents.

However, it would seem that Sky, the squad’s historic sponsor in Moto3 and Moto2, would not follow. On the fairings it would therefore have WithU, already protagonist in the team's special livery in the Misano Grand Prix.

At the moment all the options are on the table, but it won’t be long before we find out whether or not Avintia will continue its adventure in MotoGP.