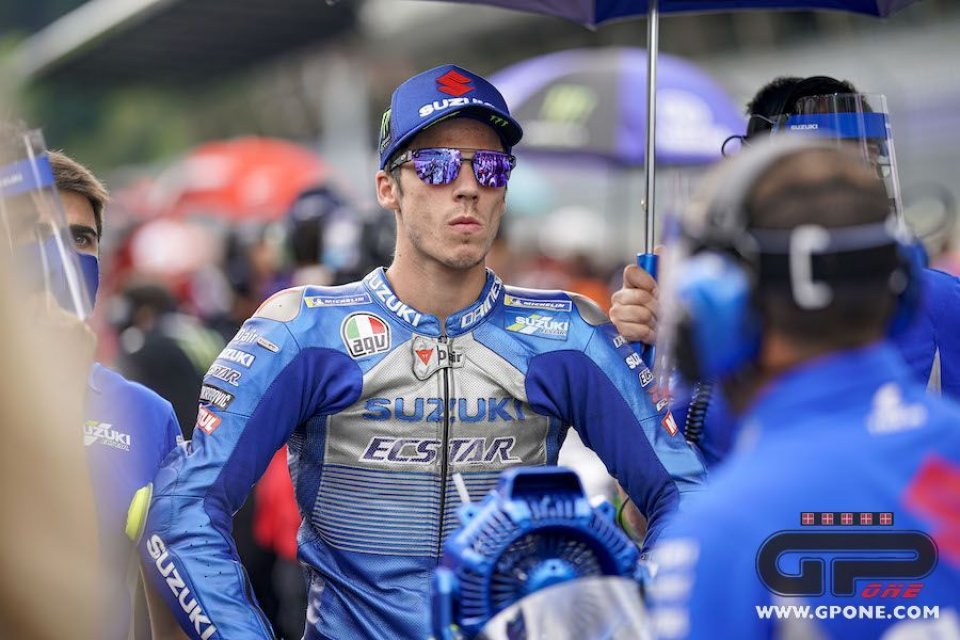 After grabbing it in the first race in Austria and also coming close in the Styrian GP, ​​complete with controversy over Pol Espargarò going onto the green at the last corner, Joan Mir is back on the podium. He did so at the Misano circuit, where he had already scored a third position in 2013 and second in 2014 in Moto3, by beating a super-competitive Valentino Rossi on the last lap.

“In the race Valentino Rossi was just an object in front of me - said Joan after the race - At that moment I didn't think about who he was but I felt sorry for him because he did a really great job this weekend. I will never forget overtaking him because it was really nice, today was my day ”.

So much happiness for a rider who is showing true consistency in these last few races. A second, a third and a fourth place (not in that order) in Austria and at Misano, two very different tracks that have seen a real swing in the performance of the various manufacturers. In a championship that will be won by the men who make fewer mistakes there seems to be a front row seat also for Suzuki as Mir is now 4th at minus 16 down on Dovizioso.

"The important thing is to be competitive in every race and not make mistakes, we have to take advantage of this situation to see where I will finish in the standings. Being so close to the leaders is nice but there are many riders behind me in just a few points. In this season anything can happen because the level is very high, we have to keep fighting for the podium and if we do this every Sunday maybe we could even think about the championship at the end of the season ”.

Next weekend MotoGP will be back here at Misano. What is missing for the win?

"Today I gave everything I had, I knew the start would be difficult and I almost crashed a couple of times, then I felt good and started running in the high 32s. On Tuesday during testing we will work with the team to improve qualifying and the first laps, I am missing something with the new tyre because when it wears I feel much more stable in the fast sections ”.

In front of you are a Yamaha and a Ducati, both in the hands of two very young riders. What do they have more than you?

“I always believed I could get the podium; in the last laps I was strong in braking and after passing Rins and Valentino I only needed one lap to go and get Bagnaia. The bike was quite nervous in the fast section, it seems that our opponents were stronger there ”.

After the good performances in Austria, would you have expected a Suzuki so competitive on a totally different track to that of Spielberg?

"FP1 is very important this year because we can see the position in which we can be on Sunday and whether we feel good or not on the bike. The potential was high this time and it was a bit of a surprise ".

It was a great day for Suzuki which, in addition to Joan Mir's podium, also celebrated the fifth place for Alex Rins who, however, expected more from this race.

“It's a disappointment not to be on the podium today - Alex said - In the race I showed what I learned in free practice and my pace was really interesting. The second part of the race was perfect because I was able to catch up on Valentino but when I caught up with him he proved to be very intelligent. He always closed the door for any overtaking and at that moment I started to have pain in my forearm and it became impossible for me to ride in the last 3 laps. My physical condition is not 100%, I do not feel pain in my shoulder but I have lost muscle mass at that point and I had to compensate by working my arm a lot ".

What happened in the fight with Valentino?

“When I was a couple of seconds behind him I tried to make up the gap and I started to fight with my bike. This is a tight and fast track, there are a lot of places where I suffered with my arm because I was really pushing. While I was fighting with Valentino, Joan came and passed us”.

What do you expect from next weekend? Can Suzuki aspire to victory after the pace you and Joan demonstrated today?

“We will try, the pace is really good, similar to Morbidelli's. I have to try to do a better qualifying to be able to start from the front and push from the start "

This championship without Marquez seems to have no real master. Is it right to say that whoever makes the fewest mistakes will win?

“Maybe, we have to be very regular. Many riders, including me, have already made mistakes this season and consistency is everything ”. 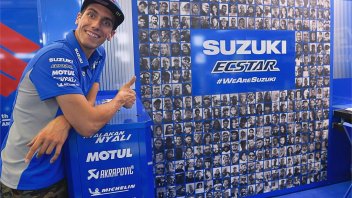 Misano: a wall of fans in the box of Alex Rins and Joan Mir