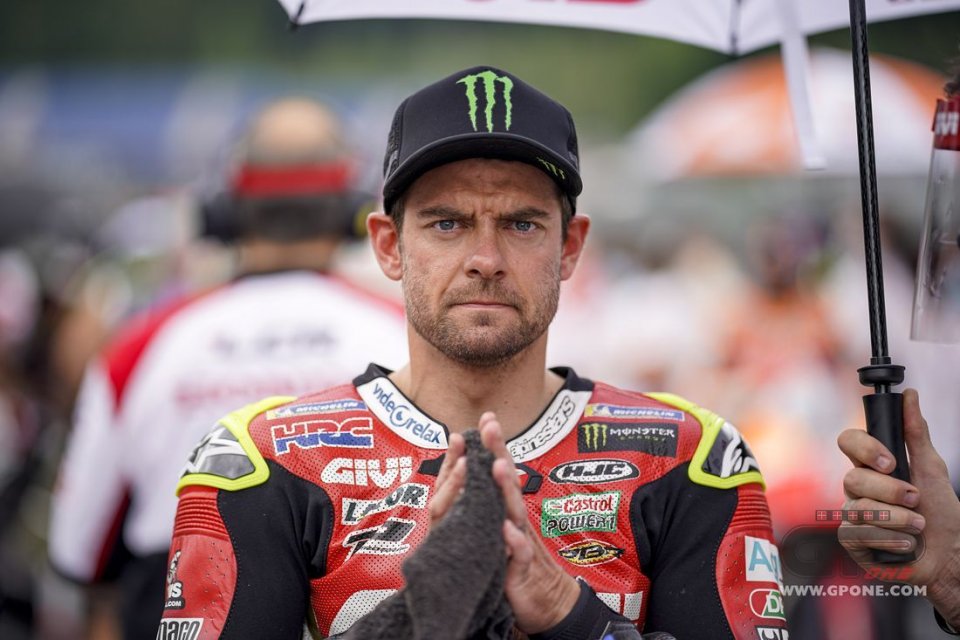 Cal Crutchlow's stay in Misano is over. The LCR team rider tried to ride his Honda, but he couldn't. He  consulted again with the doctors and together they decided to stop. Too much fluid is forming in his forearm, where he was operated on a couple of weeks ago to solve a compartment syndrome.

"The doctors were really good. We talked and decided together,"  Cal  explained. "The arm isn't healing. Liquid continues to form, and now in the upper part, which is healthy. The only way to remove it is to drain it with a needle, but this can cause a risk of infection, so I have to stop. Logically, I'm disappointed, because my speed and pace would probably have been the best of the year, but I have to look to the future. I can't afford to damage my arm. I want to race in the best way possible."

So Crutchlow won't be racing in the next Misano GP either.

"The plan is to return to the Barcelona GP,"  he confirmed. "The doctors and  Iwill decide how to proceed on Monday. My arm is as swollen as a balloon. I'll continue to undergo all the treatments, including the hyperbaric chamber,. They have to get the fluid out of my arm."

His physical condition didn't take away his desire to continue racing next year.

"I know I'm still fast. I was yesterday," Cal pointed out. "Whatever happens happens. Aprilia could be an option, and I think I can do a good job with that team. Their bike has the potential to get on the podium."

Before leaving, Crutchlow also commented on the radio tests used these days to put riders and pit boxes in communication.

"I think we want to introduce this technology to improve safety, not to chat. Like when communicating a red flag,"  he  explained. "I don't know if it's something positive, and I don't even know if all the riders will be able to talk while they ride. There might be those who hyperventilate, those who keep their mouths shut, it also depends on the bike you ride. It could be funny. Can you imagine my conversations and Miller's? They would probably all be censored!" he said laughing.