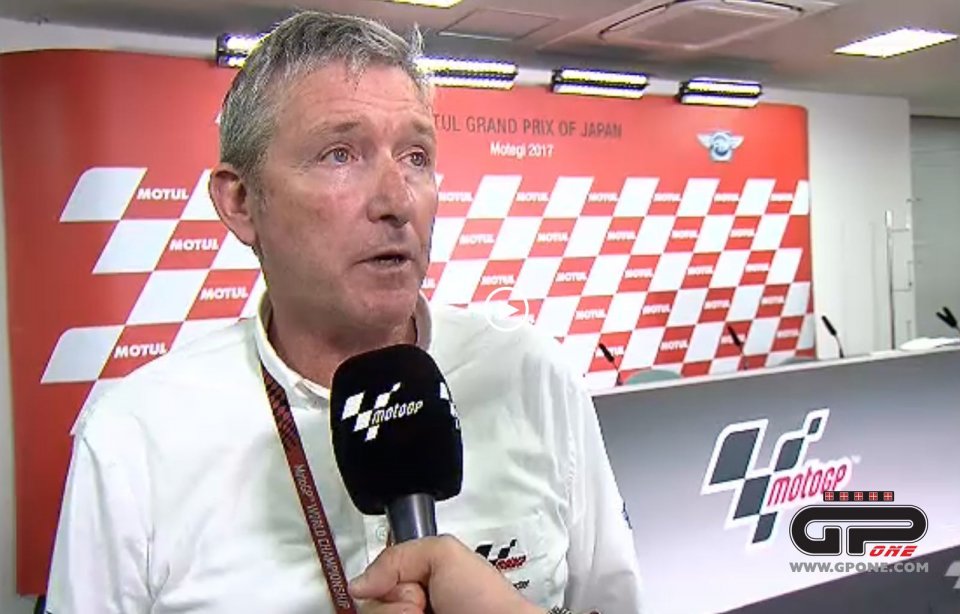 At the Gran Premio Lenovo di San Marino e della Riviera di Rimini, a Press Conference with MotoGP Race Director Mike Webb took place on Saturday to clarify the rules and regulations regarding track limits.
As well as fielding a number of questions from the media via Zoom, Webb summarised the FIM MotoGP World Championship rules and clarified a number of key points.

A summary of those rules and how they are enforced can be found below.

What are track limit violations?

Track limit violations are when a rider exceeds the limits of the track, and possibly gains an advantage. Kerbs (except double kerbs) are part of the track. Double kerbs and any green painted areas connected to and outside of kerbs are both considered outside track limits.

Who determines whether a rider has committed an infraction?

Decisions regarding track limits, as well as any other penalties, are the sole responsibility of the FIM MotoGP Stewards Panel. Track limits decisions are final with no possibility of protest or appeal. Track limit infractions are confirmed by video, and there must be a clear image available to the Stewards in order to issue a penalty.

Track limits are monitored by dedicated cameras with image recognition software and multiple operators. These are not always the same images used for the international program feed or television broadcasts.

What are the consequences of exceeding track limits?

During a practice or qualifying session:

If a rider exceeds track limits during any practice or qualifying session that is not a race, the sector time in question is cancelled. This automatically results in cancellation of that lap.

If a rider exceeds track limits and loses time or position, the incident is not recorded and no penalty is issued.

If it is not possible to determine whether there has been a loss or gain, the incident is simply recorded. Some mistakes are provided for, but making too many is deemed as an advantage because the rider in question will not be using the same track as their competitors.

If the FIM MotoGP Stewards deem a rider to have gained a clear advantage, a penalty will be issued for a single infraction. These incidents are not included in the count of undetermined infractions or mistakes.

For these single infractions where a clear advantage has been gained, the penalties awarded can include Change of Position, a Time Penalty or a Long Lap Penalty.
If the rider voluntarily gives back the advantage immediately after the incident, a penalty may be avoided.

What if a rider is forced wide by another?

Allowances are made for being forced off track by another rider.

This is also why undetermined violations are not recorded on the first lap of a race, when a large number of riders are close together on track. At Turn 1 on the first lap, track limits are not recorded either. This is due to the prevalence of riders being pushed wide at Turn 1 after the start, and is intended to avoid unnecessary crashes by allowing riders to use run off areas if needed.

However, as always, a clear disadvantage must be shown in order to avoid riders taking advantage of the situation. Any clear advantage gained is always penalised – including during the first lap.

What about on the last lap?

For riders closely contesting a position, any track limit infraction that takes place during the last lap, and that the FIM MotoGP Stewards deem to have affected a race result, must be shown to have clearly disadvantaged the rider who makes the infraction. This is true whether there is a change of position or not.

The principle is that a rider exceeding track limits on the last lap must be worse off in doing so than the rider or riders against whom they are directly and closely competing.

The last lap is considered a special case because it may affect the race result.