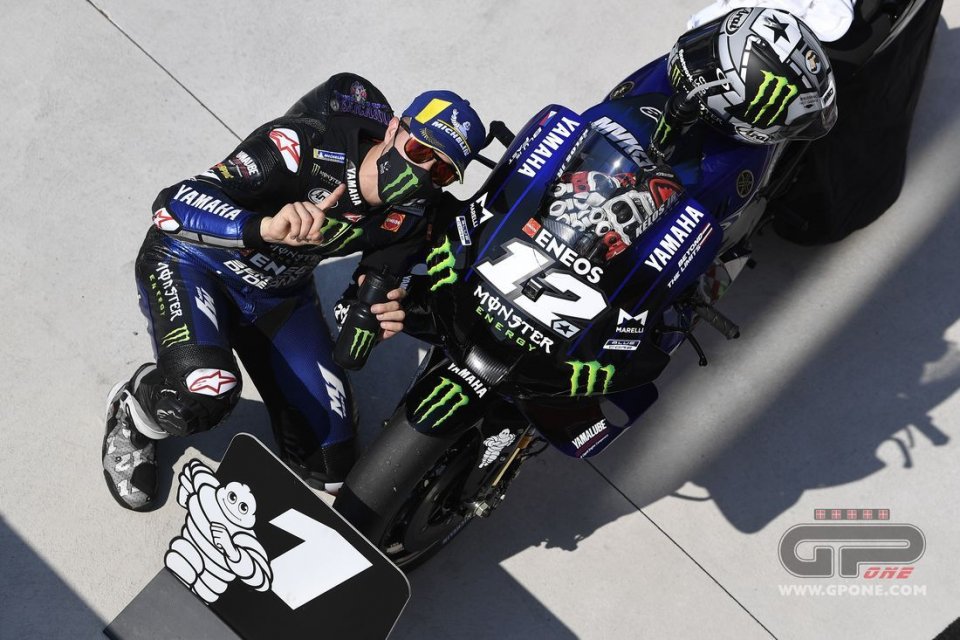 He won the all-Yamaha derby, took pole position and track record and, most importantly, found his smile again. Maverick Vinales has returned to his usual level, after three Grands Prix in which everything and a lot more happened to him. Misano has been a sort of revitalizing tonic for the M1 and the Spaniard was not caught unprepared from the first time he came out of the pits.

"I had earned entry into Q2 already in FP1, so I was able to concentrate on the race - he said about his weekend so far - Now I just have to think about having fun tomorrow, I have come from three difficult races and I don't want to think too much about the final result".

This does not mean that he has everything he needs to aim for victory, but for sure hisYamaha seems to be a totally transformed machine.

“I don't have any real explanation as to why the M1 is so fast here - he said – For sure our bike does well in the bumps, but then it's up to the rider to ride it. This track suits us well, we Yamaha riders are all close, tomorrow everyone will have the chance to win, but something can always change for the race, the grip will be different ”.

And you have to choose the right tyre…

“For me, every option is good - said Maverick - I think we need to take advantage of this circuit but, I repeat, I will only think about having fun and getting the best of my full potential. Looking at the times, I don't think Ducati is out of the game, Miller and Bagnaia will be at the front. We are not even halfway through the season; the championship is still open ”.

Vinales also talked about the radio communication system that, after a first experiment with Bradl, all the riders will try out on Tuesday in the tests.

“If it doesn't disturb me it will be fine – was his opinion - I think it is useful above all to improve safety, to warn the rider in the event of a yellow or red flag. It often happens to me to talk under my helmet, maybe when I overtake or get overtaken, it would certainly be fun, it would increase the show but it shouldn't compromise safety ”.