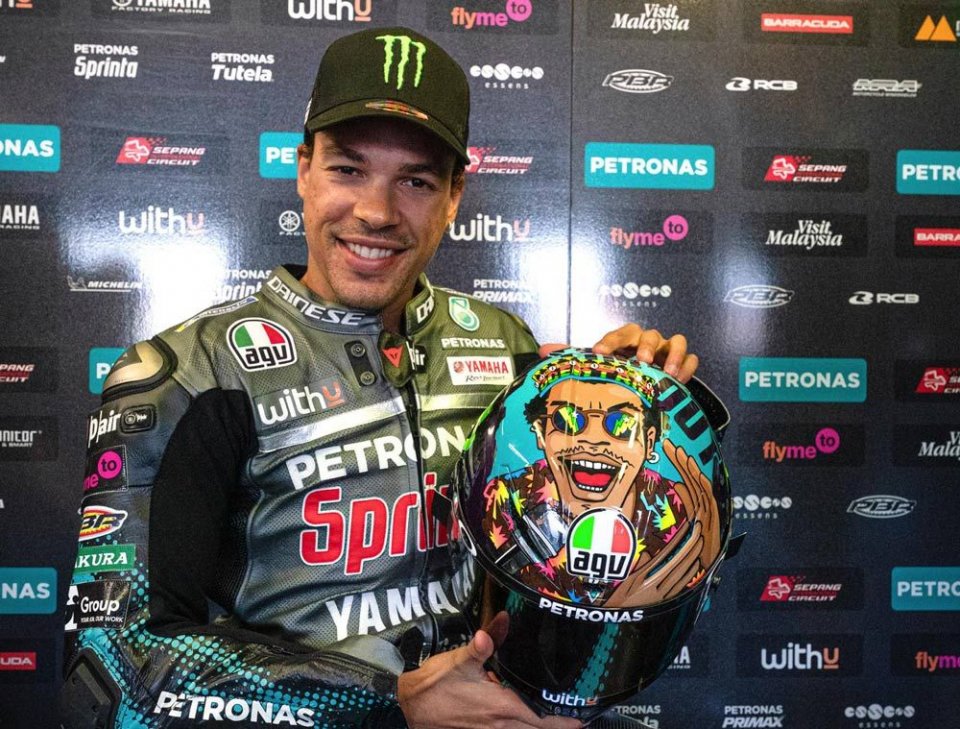 Franco Morbidelli wanted to send a message with a special helmet for Misano and to do so he was inspired by the director Spike Lee and his movie masterpiece 'Do the Right Thing'.

At a time when there is a lot of talk about the problems of racism and the 'Black Lives Matter' movement has been supported by many sportsmen, Franco also wanted to draw attention to this issue.

He is represented on the helmet as Mister Señor Love Daddy, the character played by Samuel L. Jackson who was a DJ in the film.

On the back of the helmet there is the word 'equality' written in several different languages.