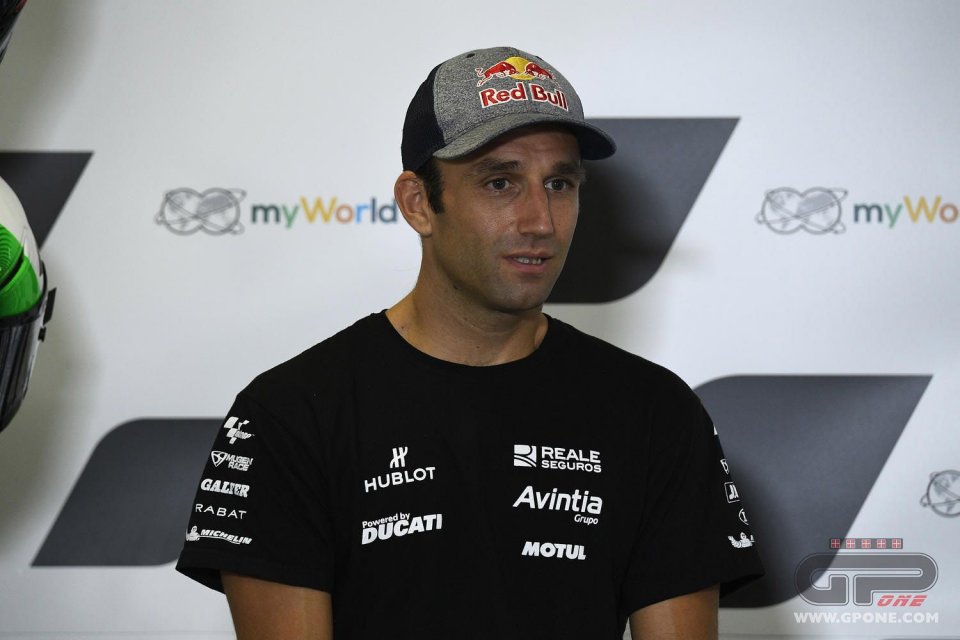 Johann Zarco had his last race as a KTM rider at Misano in 2019. After announcing the separation from the Austrian manufacturer at the end of the season, his contact with Miguel Oliveira had convinced KTM bosses to dump the Frenchman before the end of the season. It seemed the beginning of the end for Zarco’s career in MotoGP, but instead he found the strength to get back up and return in a spectacular way.

A story that from a certain point of view recalls that of Pierre Gasly, first relegated to Toro Rosso in 2019 and apparently destined for oblivion. Then able to show off all his talent to the point of winning at Monza. Zarco has not yet achieved his triumph, but the right conditions exist and the confidence he is earning from Ducati's top management is giving him the necessary energy to always give his best, sure to have a guaranteed future in red. His destination is either the factory team or an official bike in the Pramac team. But whatever the destination, it is clear that Zarco has already won his own personal battle.

At Ducati they talk very well of you. Paolo Ciabatti has made it clear that the factory bike orphaned by Dovizioso will be yours or Bagnaia's. How are you living this situation?

"I did a good job and I will have a factory bike. At Ducati they are also happy with the information I am giving them; we have an excellent relationship from all points of view. I think it is an excellent situation for me and for them. I do not feel any pressure, I know I'll stay with them and that's enough for me. After the last GP of 2019 I didn't know where I would go and the situation was very different. Now I'm calm, it's logical that they want to wait. The two choices are me and Pecco, we’ll see what will happen".

Does this situation change your relationship with Bagnaia in any way? Do you see him as your main opponent on the track?

"The best mentality is not to try to beat just one rider, but all of them. If Pecco feels pain and finishes 15th but I finish 14th in front of him neither of us is ready to go to a factory team and this would make things complicated for Ducati. I hope Ducati can choose while we are both fighting for the podium, I would prefer this to be the situation. "

Have you already signed a contract?

"I don't have anything signed yet but clearly, with the way my relationship with Ducati began, I can trust them and hope to stay with them in 2021. I know they need time to decide where I will be, but that's normal. Pecco was injured, we’ll see what will happen in these two races".

Joining another team, will you be able to take 'your' current team with you or will you have to start from scratch?

"I get on well with Marco Rigamonti, so he will be with me again next season, like two other Ducati technicians who currently work in Avintia on my team. When I said I would go to Pramac or in the Factory team, I used that term because I will in any case switch from a bike from the previous year to a 100% factory one. In any case, whichever team Ducati should choose, it will be a great opportunity for me. The guys on my team will follow me, whether I go to Pramac or that to the official team, so I won't start from scratch and I won't have to recreate that harmony that now exists between us. The work done this season will be very important also in 2021 ".

Joining the factory team means replacing Dovizioso, the only one who has been able to contrast Marquez in recent seasons.

"To aspire to a place in the factory team means to aspire to replace a rider like Dovizioso, who is fighting for the podium every weekend and has been fighting for the world title for years. They are losing this important rider and they need a rider just as strong. I would like to be at the same level, or as close as possible. I would like to fight for the title, the good sensations are coming so I see it as a possible thing. It wasn't Ducati who told me that to go to the factory team I have to obtain other podiums, but it is my point of view. I believe that whether I go to Pramac or the factory team, my goals will not change. Being in the official one would be very prestigious; everything would be a plus and there is no point saying the opposite".

Currently the Ducati riders' contracts are always for one season. Would you prefer a two-year deal or do you think it changes little?

KTM has grown impressively. Is this an extra stimulus for you?

"KTM has changed a lot of things in winter and it seems like everything has gone really well. Pol is always pushing very hard, but I think Binder's contribution is also really interesting. They were impressive in my opinion, even with Oliveira. Nobody would have expected to see a KTM from the Tech3 team win. They didn't do it with a Yamaha M1, but they did it with a KTM. From a certain point of view their victories also gave me the motivation to think 'it's my turn now!'. Their results help push you further. When Marquez is on the track, if you finish second everyone talks about the winner behind Marc. But now he is not there, we all know that and we have to give our all. "