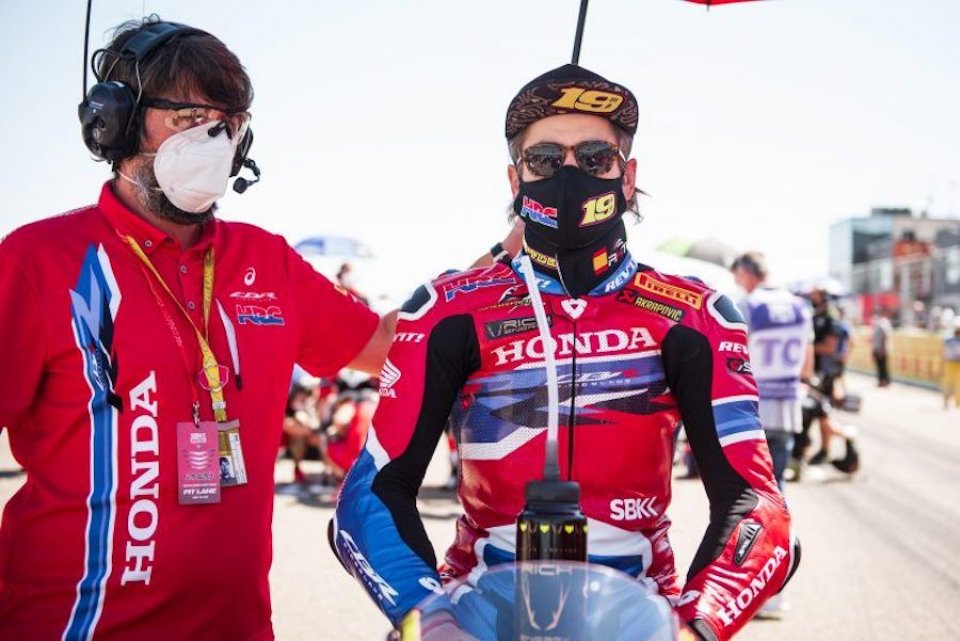 The Honda HRC could have confirmed its place on the podium this weekend but, instead, it turned out to be a subdued weekend for the team and Alvaro Bautista. Not so much because of the CBR 1000 RR-R Fireblade’s performance, which proved that it can fight it out with the best in the Superpole Race, but because of the results of the two races:  a fall in Race 1 at Turn 14 and one in Race 2 at Turn 9.

“It was too bad about the accident. We’re working really hard, so it’s a disappointment. In the Superpole Race, I fought after losing a few positions at the start, but I recovered and managed to get in some good battles with the other riders. In Race 2, I got a good start, but I was at the limit, even if within the leading group, which is still positive. But, unfortunately, I lost the front at Turn 9,  and I couldn’t do anything about it.”

The Honda has certainly improved since the beginning of the year but, over the past two weeks, it hasn't progressed  from a technical point of view and, above all, when it comes to results.

“We might not be making great strides,  but we’re focusing on the small details, and they’re the ones that make the difference. I’d say that we’re constantly growing. I feel bad about how it turned out this weekend, because the result doesn’t reflect our hard work. In the next round,  we have to try and find a way to have a little more margin in the races. I have to thank HRC and my entire team for this weekend’s work.”

Haslam: “I was able to keep pace with Davies”

It was, instead, Leon Haslam who finished as the best Honda of the group in fourth position in Race 2. The British rider finally reached a good result after a difficult start to the season.

“I’m really happy with the result of Race 2 because we’ve tried to put it all together to make the race more consistent, and we succeeded. I fought it out with Razgatlioglu early in the race, but once I got past Toprak,  I managed to keep my pace and keep up with Davies,  who we know is really fast here in Aragon. We still have some areas where we want to improve, but this was the best race of the season for me, and so we hope to be able to take what I learned and apply it to the next round in Barcelona.”