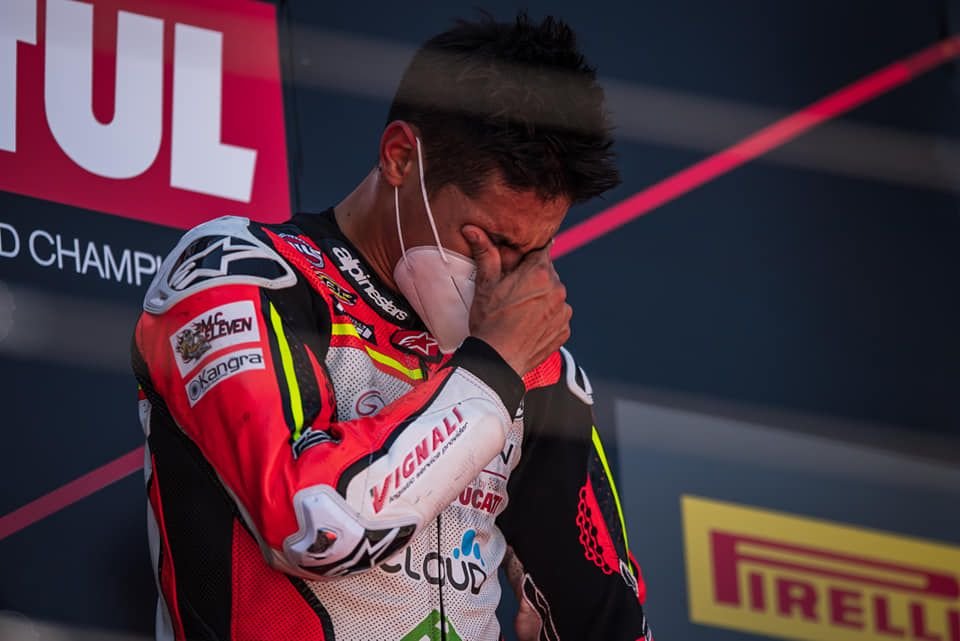 A first, a second and a third place. Not in that order, because third place came before second, but this is the summary of Michael Ruben Rinaldi’s great weekend at Aragon, in the second SBK event at MotorLand. Yesterday the Italian rider on the Ducati Panigale V4R prepared by the GO ELEVEN team (needless to say first in the standings among the independent teams) achieved his first success in the category, bringing the Italian flag back to the top step of the podium in the production-based series.

“Yesterday was great, after the race I received a lot of messages including a voicemail from Dovizioso who is a friend of mine - Rinaldi told us after Race 2 - Then this morning I received a message from a number that I had not saved in my contacts and it was Valentino Rossi, it was like winning twice!”.

Did you also receive any calls from Ducati top management? For example, from Domenicali?

“I'm a Ducati rider and so he wrote to me too. Winning an SBK race for Ducati is normal, just as it is normal for him to congratulate me "

How did the post-race go yesterday? For sure, a lot of celebrations but also the awareness that most of the points would have been up for grabs today…

"I took the trophy to the hotel, saw it there in the room and slept well. But this morning I knew we would have to start from scratch but yesterday it was incredible. I think my mum started crying at 3pm and finished this morning, she is really sensitive and I can only imagine her reaction when she saw me on the podium on TV”.

How did the race go today? What were you missing to try to score the double?

“Today it was a couple of degrees less on the track and this changed the way the soft tyres worked. I was faster in the early laps and when I overtook Scott, I was unable to keep yesterday's pace. I pushed but I knew I had Rea behind me and that sooner or later he would try. We fought and when he passed me, he had more grip on the rear, I tried to keep up with him for a few laps but I would have risked crashing ”.

What was it like battling with Jonathan Rea for a few laps?

“I think halfway through the race he was keeping me under control, I wanted to put a gap between me and Scott and Rea was totally in control of the situation. When he passed me, he didn't have the margin I thought so I tried to stay with him ”.