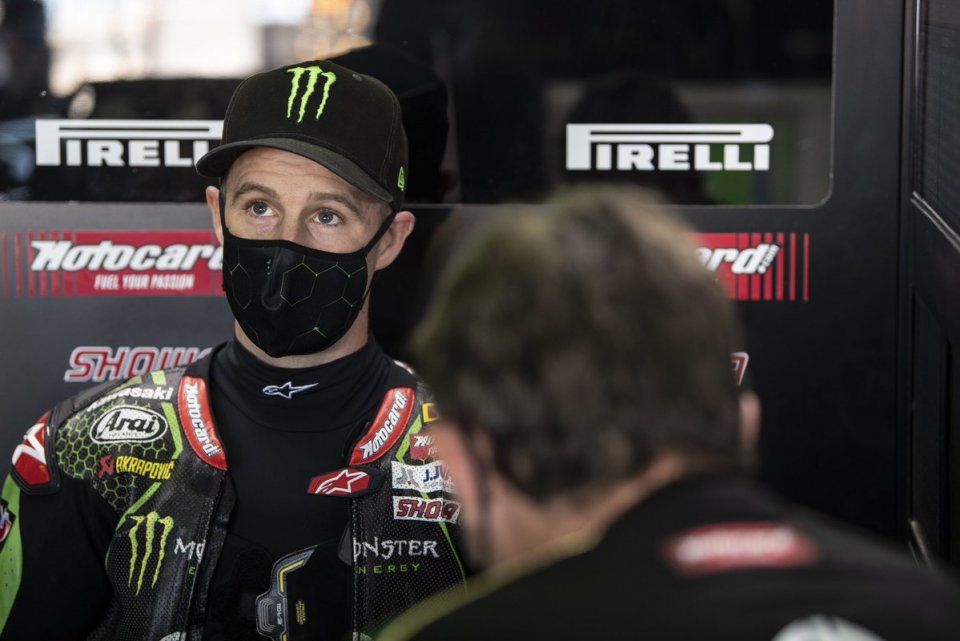 Jonathan Rea won again. Nothing new, you might say, but after his incredible success last week, when the Ducatis seemed to have an edge, the world champion did the same again in the second weekend at Aragon by winning Race 2 in front of Michael Ruben Rinaldi who had beaten him yesterday and who is now looking more and more like a candidate for the factory Ducati.

“Michael deserves a factory bike, absolutely, he's ready - Rea said after the race - Winning so convincingly and being fast with a private bike is incredible even if I don't know what kind of spec he has. He did a great job, yesterday he found the magic, just like I did last week in Race 2. Today I had to race with all my heart to beat him, on the grid I was convinced I could do it. I didn't have a strategy, I just wanted to push and do it, and I did it!"

Today's race was a real battle, first with Redding and then with Rinaldi. Rea was the protagonist of a couple of incredible saves.

"I went into the corner a bit long and went on the dirt. In turns 1 and 12, the front was sliding but I think it was the same for everyone. In some corners I went in very hard and there were some dangerous moments. It's hard when other bikes create a gap on the straight, in these cases you have to ride 100% in the other areas of the track trying not to make any mistakes. When other riders make mistakes, they seem to lose less than us”.

You spoke of the straight, an area where the Kawasaki suffers compared to the Ducati. How do you prepare for such a race?

"I was prepared to sleep a bit on the straight. I think I spent most of the race time in the slipstream of Scott or Michael but my speed was still slower than theirs. Last year we learned that the Ducati has this power advantage but that doesn't mean they had the best package today because we had it for how I managed to brake the bike”.

Do the changes made to your riding style help you when braking?

"Saying that I changed my riding style is perhaps a bit too much, it's a good story but there aren't so many differences, now in the long left corners I can put my elbow down. Mine is a somewhat old-fashioned style while so I'm a little more physical ".

Jonathan, today you took victory number 96 in Superbike, we are approaching the round figure. What effect does that have on you?

“Yes, we are close to the big number, which would also be a great achievement. It is something I certainly aspire to and we will see if we can get there already this year. It would be a dream".

In two weeks, we’ll be racing for the first time in Barcelona. Do you like the track?

“We did a test in July and I have to say that I really like the track. I did a race simulation and my pace was pretty competitive so we'll see how it goes. We should focus on our confidence and on the last corners ”.