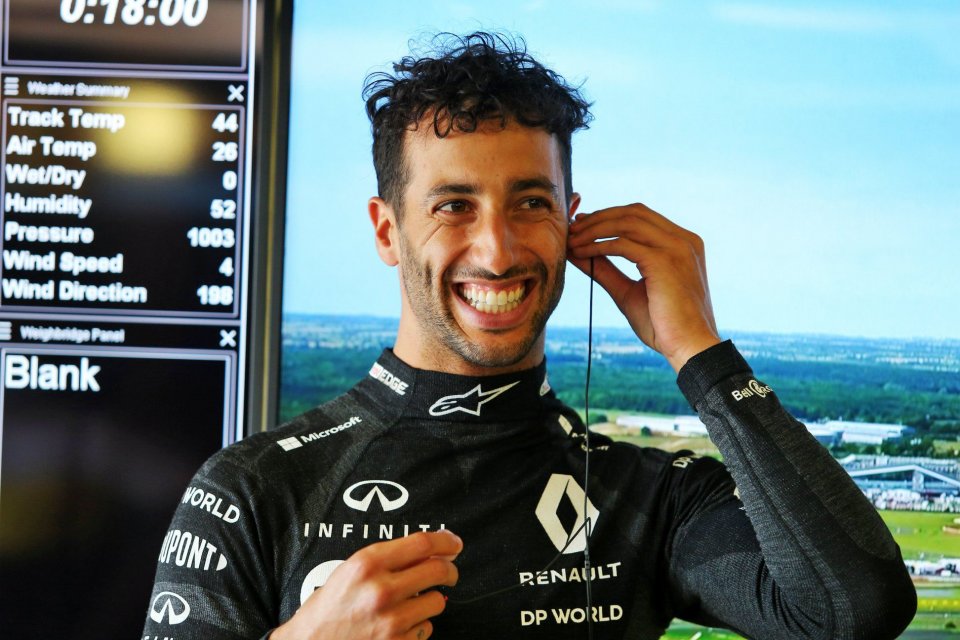 It’s a spectacular motorsport weekend, because in addition to Superbike, there is also the Italian Formula 1 Grand Prix at Monza, which will see … (spoiler!!!) Lewis Hamilton start from the front slot of the grid. Much anticipation also surrounds Daniel Ricciardo, protagonist last weekend at Spa at the wheel of his Renault.

On the eve of the race, ​​the Australian has been giving an interview to Corriere dello Sport, talking about the current season as well as future expectations regarding the F1 Circus. The Renault driver, a great fan of MotoGP, indicated the way forward for the pinnacle of four-wheeled racing: "Formula 1 lacks the overtaking of MotoGP - he commented - I'm not saying that our races are boring, because the Belgian GP offered a good show. The fact is that I would like to see the cars closer to each other in the race. In fact, I would like there to be more duels and battles like in MotoGP, which I think is really spectacular ”.

Speaking of the World Championship, Daniel then made a small revelation: “I have always been a fan of Rossi from an early age, for me Valentino is a sort of hero. He has an aggressive style, but I appreciate him for his overtaking and braking. As for the youngsters, I like Quartararo and Miller, among other things I know Fabio and have had the opportunity to talk to him on a few occasions ".

As for the his fellow Australian and current Pramac rider: “Jack is crazy like me - he joked - next year he will be riding the factory Ducati and I am sure he will go really well with that bike".

Miller: “Ducati is always the first to innovate, and the others follow”