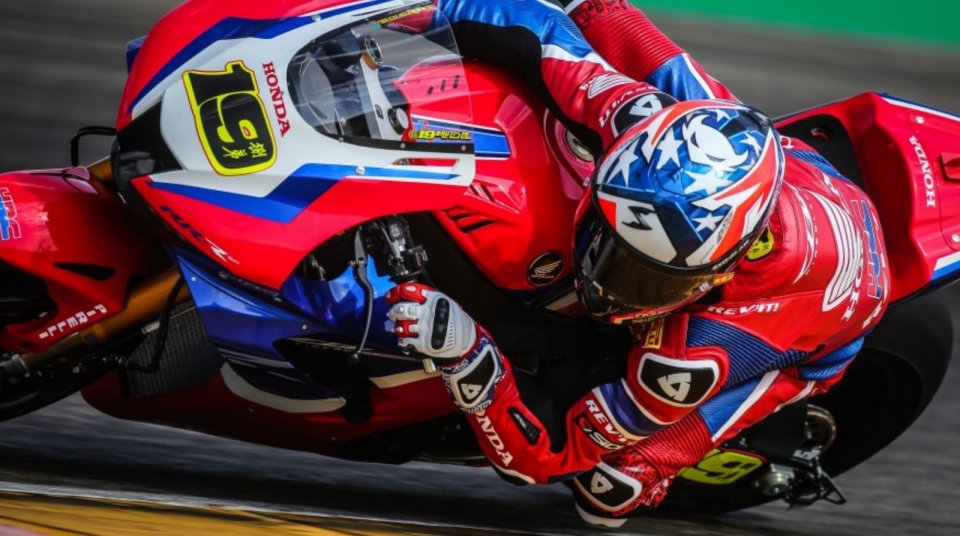 Last weekend, again on the Aragon track, Alvaro Bautista finished with a podium, the first of Honda's new era in SBK. Today the Spaniard tried in every way possible to replicate the satisfaction of six days ago but he ended up in the gravel trying to keep the pace with Chaz Davies.

“Today's crash is a real pity because I was fighting for the podium - Alvaro told us - I made a good start and in the early laps I felt better than in the last races. I was more aggressive, I made some overtakes and the bike allowed me to do that, this means that we are improving. At the end of the race I was a bit at the limit because I didn't manage the tyres but I still tried to stay in front."

What happened then? We also saw you go long a few times before the crash. Were the tyres finished?

“I had a problem with the gearbox in a couple of corners where I didn't get into gear and I went long. I tried to recover when Chaz passed me, I took a risk and I made a mistake. I'm sorry because today we could have finished on the podium or in fourth position and I have to apologize to the team because today I wanted more than we could get”.

Today on the top step of the podium is your bike from last year, ridden by Michael Ruben Rinaldi. What effect does that have on you?

“It seems that Ruben has adapted very well. He's doing a really great job this weekend, he's been fast in practice and consistent in the race, we have to congratulate him because he's going strong just like me last year ”.

The factory Ducati, on the other hand, celebrated a podium for Chaz Davies but despaired over the crash by Scott Redding who is now 30 points behind Rea…

“Scott is really fast but it seems that everyone who fights against Rea has more problems than him. Jonathan has a lot of experience and has everything under control, everyone has to push the limit to get closer, he has some margin "