MotoGP in this strange season seems to be finding a level of uncertainty that had been alien to it in recent years. Without Marc Marquez to dominate the championship, in the first 5 races there have been 4 different winners and 3 of them had never before won a GP in the premier class.

The last, in chronological order, was Miguel Oliveira with the Tech3 KTM. Herve Poncharal, patron of the French team, has been taking stock of the situation in an interview by Peter McLaren on the website crash.net.

“Clearly, the fact that 'The Boss' – which is Marc – has not been here has helped the situation to be a lot more open. Before the start of the year if you had said, 'Marc is not going to be there' a lot of guys would have predicted, 'Okay, then this is the year for Dovi'. Because he's been runner-up three times, he's the most experienced and the Ducati is a great bike.”

Andrea, albeit with a few too many ups and downs, is fighting for the title, but it is the young guys who have really surprised everyone. Poncharal, however, is not too surprised about it.

“I have always been supporting young riders. For me, the future has always been 'bet on youth' and you can see with Brad, with Fabio, with Miguel. You don't need many years in MotoGP; if you are fast, you are fast. If you want to be a potential world champion in MotoGP, you don't need 3-4 seasons to be fast. Young guys like Fabio Quartararo, Joan Mir, Brad Binder, Miguel Oliveira and Jack Miller are all ready to win during the rest of this year. They are not really suffering against the more experienced guys like Dovi, Cal and Petrucci. I don’t think they have any pressure. They can just go out, try their best, have fun, learn as much as they can - but now they can also see that by behaving in that way and pushing as they are, they can win races.”

But Marquez is missing for the litmus test of their level. The French team manager thinks the Spaniard will not return until he is 100% fit.

“What would be the point of Marc coming back unless he's fully fit and recovered? I don’t think Marc is coming back to get the 11 points for a fifth position! He doesn't have anything to prove, so if Marc comes back, he will want to come back as the top Marc Marquez that we know, fully fit and fully ready to fight for victories. The title is gone but I'm sure he will try to come back in 2020, because even if you are Marc Marquez and you have won so many races and so many championships, I think it's good before the winter break to have at least a couple of races where you can regain confidence to confirm 'I'm still fast'. Because there are a lot of things that happen in a rider's mind.”

Having Marquez back on track would also be useful for the other riders.

“It will be interesting because clearly other riders have improved, especially the young ones. Some of them have now won races and their bikes have improved a lot also. But Marc is still the benchmark, so we will see the situation when he comes back.” 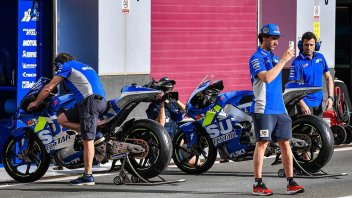 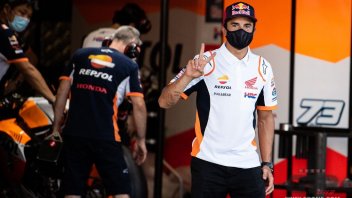