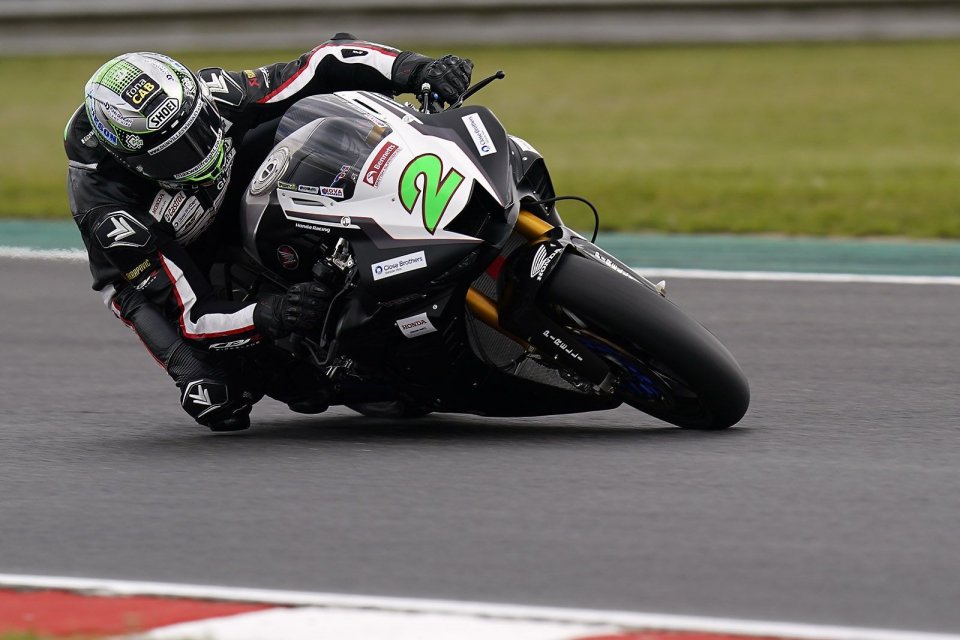 Roy T. Bennett said that change may not always bring growth, but there is no growth without change. This is the case with Glenn Irwin. At the end of a real annus horribilis, the 30-year-old from Carrickfergus now finds himself sensationally at the top of the BSB British Superbike riders’ standings. Last weekend, moreover, he was able to return to the top step of the podium at Snetterton, a success that had eluded him for almost two years. Thanks to the excellent feeling with the new CBR Fireblade 1000RR-R SP, awaiting the turning point of the championship scheduled at the Silverstone 'National' circuit on 4-5-6 September next, the Honda Racing UK man is a candidate for eventual victory with good lead over his closest rivals.

Making his debut in the UK top class in 2016 with Be Wiser PBM Ducati after two years in British SuperSport 600, Glenn Irwin made the leap in quality during the 2018 season. It was a great year with his first time in the Showdown and victory in Race 1 in the final round at Brands Hatch.

At the same time, unfortunately for him, a dark period began precisely during that season. Following the announcement of the contract renewal with Be Wiser PBM Ducati, relations between the then 28-year-old and team manager Paul Bird have never been the same. A series of statements sanctioned the divorce between the two parties, with the result being that Glenn Irwin joined up with the JG Speedfit Bournemouth Kawasaki outfit.

Whether for the three seasons spent riding the Ducati Panigale R, or for the heavy legacy left by the 2018 champion Leon Haslam, the Carrickfergus rider with the Kawasaki Ninja ZX-10RR never really found a good feeling. This parenthesis ended early, the doors of TAS BMW opening up for the winner of the 2017 Macau Grand Prix.

Despite improving results, the experience with the team of Hector and Philip Neill then lasted only four rounds, with a press release issued after the Assen weekend like a bolt from the blue.

Having finished the 2019 season early, Glenn Irwin found new life by embracing Honda Racing UK. Strongly wanted by Havier Beltran to recompose the pairing of the second half of 2018 in PBM Ducati with his brother Andrew, the results have come right the first appearances on the track.

Although the debut came about clearly late behind the competition due to logistical problems, the unexpected lockdown certainly helped in this sense. The Honda chance represented a real opportunity for Irwin to re-emerge after a year to forget. Restarting from Honda Racing UK, with the support of the parent company and with one of the top teams in the British championship, was just what was needed.

The new Honda CBR 1000RR-R immediately amazed all the insiders for speed and consistency on the flying lap and in the race. During his seasonal debut at Donington Park, the multi-winner of the North West 200 took three second places. Compared to the mistakes of his younger brother Andrew, as the races go by, Glenn's greater experience and tenacity has emerged.

After returning to the podium, the only thing that was missing was his first win in two years. This did not take long, and it came in the Snetterton event last weekend.

In Race 3 he proved to be absolutely unbeatable, with a victory that came almost smoothly at the completion of a great battle with the Ducati trio composed of Iddon - Bridewell - Brookes. With Honda Racing UK which has, in fact, monopolized the scene with three wins out of six races held on its debut with the new CBR. 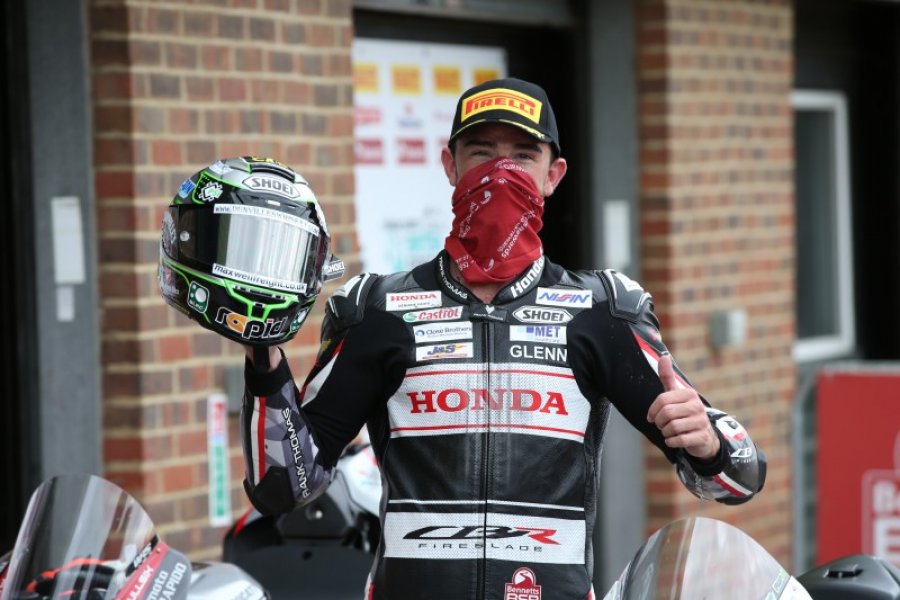 The 30-year-old from Carrickfergus also finds himself at the top of the championship standings with 118 points. His lead over Christian Iddon is 23 points, 32 over Tommy Bridewell. A good margin to manage while waiting for the British Superbike halfway point, especially considering that this year the usual end-of-season showdown will not go ahead.

Glenn Irwin is preparing to play a leading role in the remaining rounds of the season, as favourite for the title and with the aim of getting Honda UK back to the top in BSB once again.

BSB British Superbike will be back in action on 4-5-6 September at Silverstone 'National' for the third event of this crazy 2020 season.