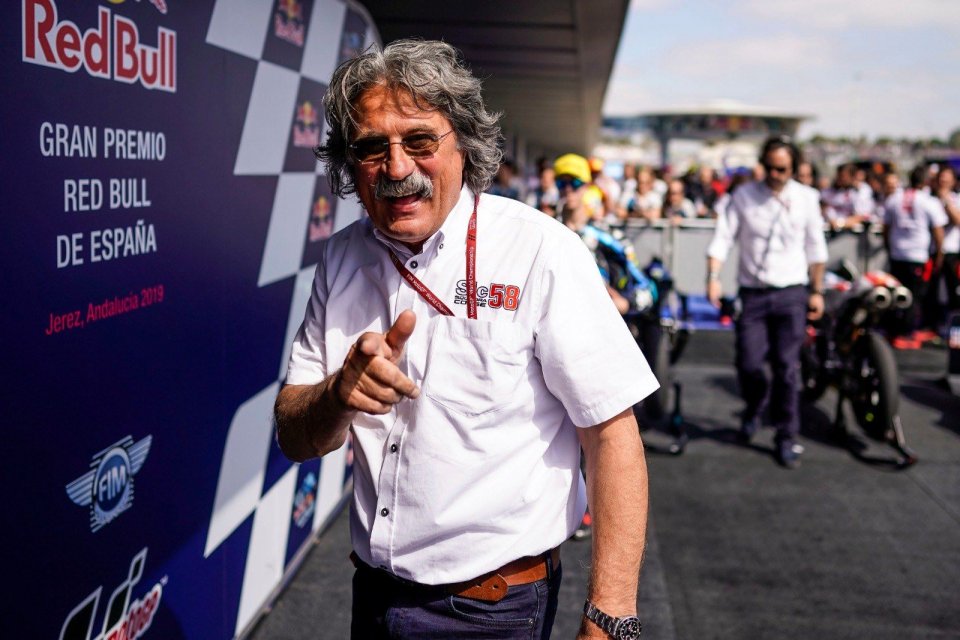 Over the past few weeks, the work of the FIM Stewards has been criticized by many: riders, managers, and professionals. The triumvirate led by Freddie Spencer seems to be doing everything it can to turn against the entire paddock.

The latest voice, in terms of time, is Paolo Simoncelli’s who wrote down his (tough) thoughts against the work the World Championship judges.

These were his words:

“I did the last 640 km back from Spielberg in a whirlwind of thoughts, questions, biting my tongue, so as not to say inappropriate things on the phone, with reporters or friends, about the three races on Sunday or, as they should be better defined, just more Playstation games.

I don’t know which adjective or word is preferable to define the three who decide the fate, of those that we can call  pawns and no longer riders, in their hands. Who wins or loses.  Who rejoics  and who cries. The regulation of how and when you can pass through the green area (which is already wrong to begin with and certainly needs to be changed) is shaped as desired in their hands. In doing so, they destroy the work of the numerous teams and the dreams of the riders who compete every weekend to have their name inscribed higher in the history of the world championship.

These people, backed by their uniforms, mask their incompetence with arrogance and superficiality and sometimes make inappropriate and absurd decisions, therefore, distorting the results of all the Moto3, Moto2, and MotoGP races. And when they have no more excuses, and we all want to crowd into their offices to tell a thing or two, or bang our fists on the table to validate our ideas, here come the Covid rules to prevent us from confronting them ... and I can’t say to save them, because it would be a threat.

I've got it! I have the noun I was looking for, made especially for them, ‘The untouchables’!

These people, who walk proud, straight shoulders and chest out, on which they carry the FIM trademark, until they start listening to us, start imposing clearer rules and a more transparent attitude, they’ll hinder our work and, even with all the negative swabs, they’ll still remain the ‘anointers’, those who have contaminated our wonderful sport.

On their conscience they’ll have the responsibility of having compromised that one passion of ours, the only sport that, in the falsity of today’s world, had remained sound and clean.”