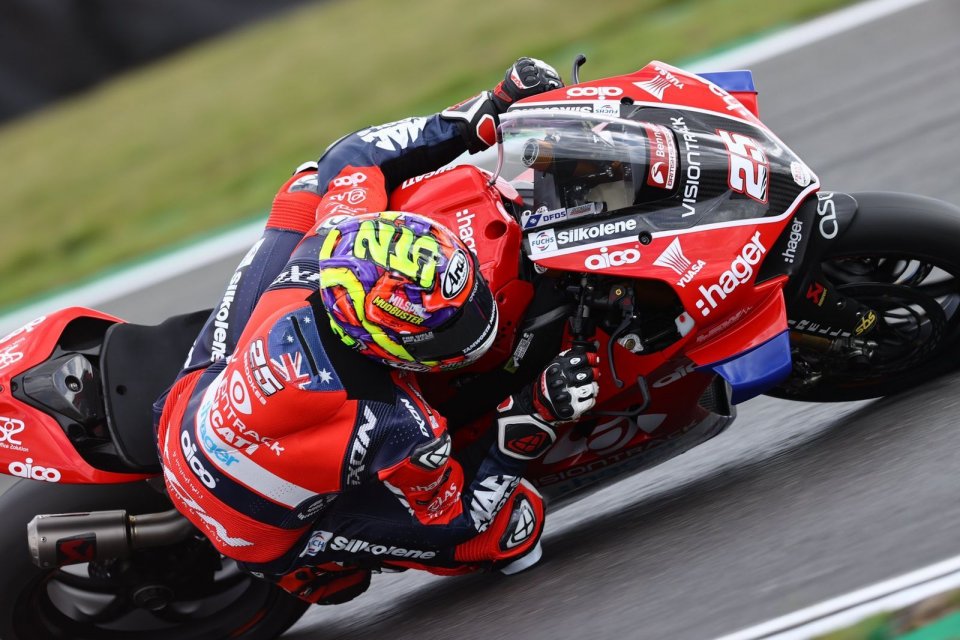 The second round of the BSB British Superbike season took place today at Snetterton with a fresh duel between the most in-form teams of the moment, namely VisionTrack PBM Ducati and Honda Racing UK. After yesterday's win, Paul Bird's line-up also took victory with Josh Brookes in Race 2. In the last race of the weekend it was Glenn Irwin who dominated, getting the better of the Ducati trio of Brookes-Iddon-Bridewell. It was an important victory for the Honda rider in terms of the riders' standings, with the BSB entering the third round with five different winners in six races.

Josh Brookes wins in Race 2, Buchan and A.Irwin down again

On the eve of the championship many insiders had defined him as the number one favourite to win the title. Although the start of the season was not at all easy, with contact with Andrew Irwin at Donington and yesterday's victory by new team-mate Iddon, Josh Brookes returned to the top slot in Race 2.

Thanks to a formidable performance, the VisionTrack PBM Ducati rider achieved his first success of the season, his 50th in British Superbike. After starting from the second grid slot, the 2015 champion launched a decisive attack against Glenn Irwin at the beginning of the third lap.

Despite a brief surge in the early stages by the Honda Racing UK rider, once he caught the draft of the CBR Fireblade 1000RR-R SP on Senna Straight, it was child's play for Brookes to outbrake him at the entrance to Riches.

From that moment on, the 38-year-old from Sydney did nothing else but manage the situation and, above all, the tyres for the final race. Behind him, however, a platoon made up of three riders fighting for the remaining podium positions soon formed.

The only one who tried to bother Brookes in some way was current championship leader Glenn Irwin during the eleventh lap. Following a pass, the Honda rider tried to pull away but Brookes was having none of it and responded with a masterful counter-pass.

At the finish line, Brookes headed Glenn Irwin and Tommy Bridewell (MotoRapido Oxford Racing). For the former, an important podium in terms of the riders' classification, which allows him to gain some points on the Ducati duo of Bridewell and Iddon.

Fantastic fourth position for Lee Jackson, with the first bike from the Akashi manufacturer, fighting all 16 laps for the podium. Back in the top class, he held the Massingberd-Mundy Kawasaki flag high due to another mistake from teammate Danny Buchan. 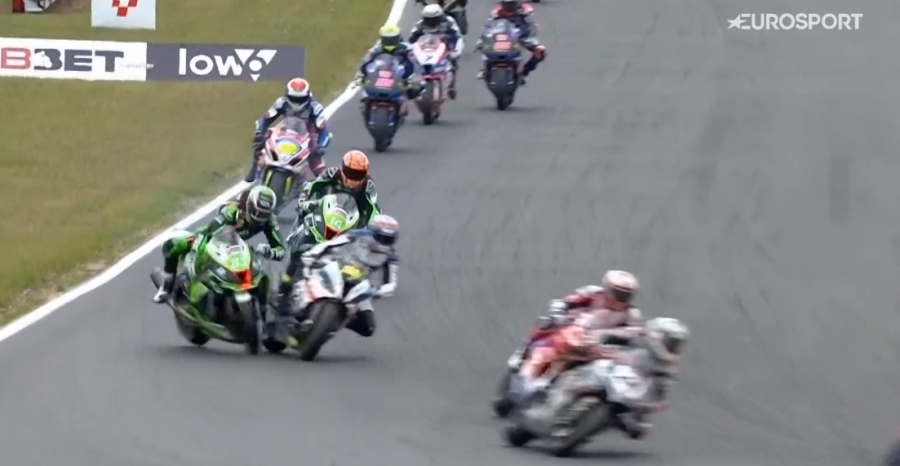 The 27-year-old from Basildon, as happened yesterday, crashed in the very early stages of the race. This time, he completely missed the braking point at the entrance to the Agostini corner, also involving poor Bradley Ray (Synetiq TAS BMW).

In all this, Andrew Irwin's made yet another mistake. Recovering from the last place on the grid, the Honda Racing UK rider attempted to overtake Ryan Vickers (RAF Regular and Reserve Kawasaki) from outside Coram. 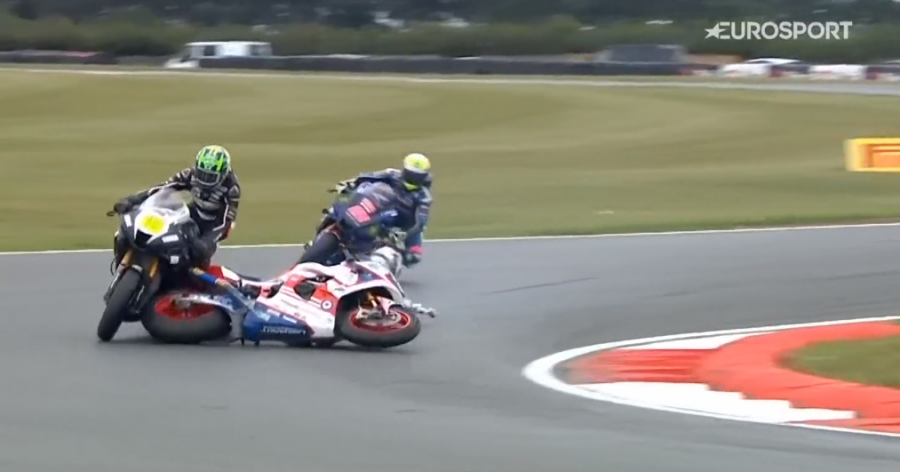 To line up for the next corner, the 25-year-old from Carrickfergus crossed in front of the Kawasaki rider. Contact was inevitable, with the two ending up on the ground and under investigation by the race direction. 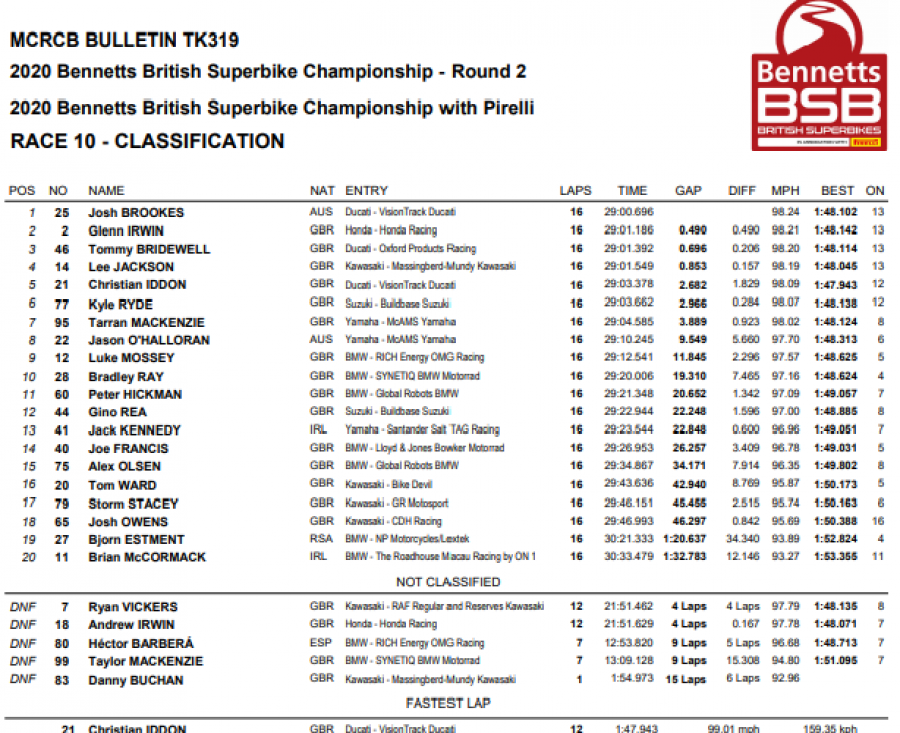 Glenn Irwin edges out Bridewell and Iddon, a scare for Vickers

This season presented itself as an opportunity to chase away the ghosts of 2019, which started badly with Bournemouth JG Speedfit Kawasaki and ended in early divorce with TAS BMW. This year, however, everything has changed: team (Honda Racing UK) and bike (Fireblade 1000RR-R SP) first of all. A combination that has been consolidated since the season debut at Donington Park, where the 30-year-old from Carrickfergus managed to finish in second place three times. Only the win was missing. 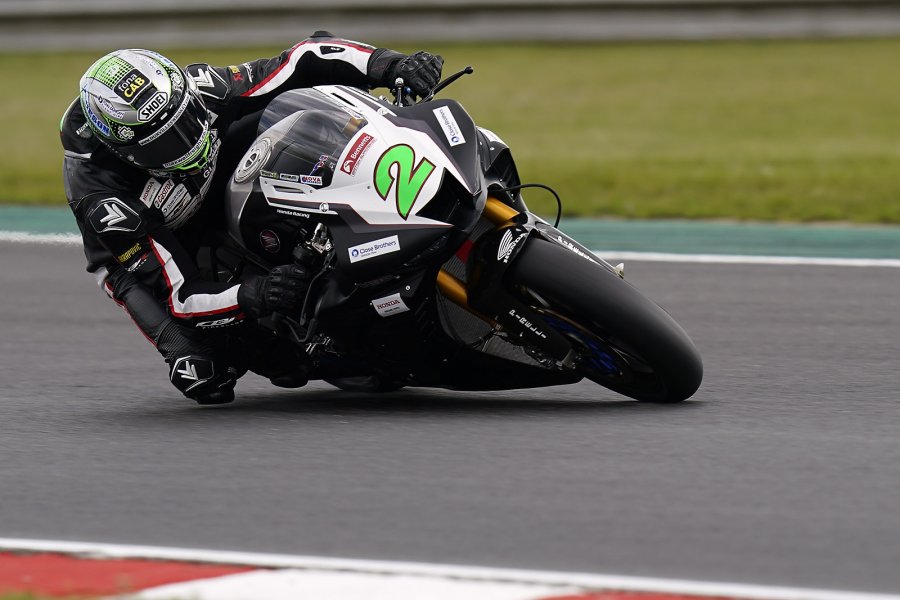 The first success of 2020 came this afternoon, in the third and final race of the Snetterton weekend. After finishing at the foot of the podium in Race 1, in Race 2 he was then edged out by Brookes in the very early stages of the race. In Race 3, however, Glenn Irwin proved to be totally unbeatable.

Starting from ninth position on the grid, the Honda Racing UK rider recovered position after position thanks to an excellent pace. The decisive moment of the race arrived on lap 10, when G.Irwin launched his attack at the Agostini curve against Tommy Bridewell.

Once he had taken control, the 30-year-old amassed a good lead over the rest of the group, taking him to the chequered flag. For Glenn Irwin it was a first place almost two years after Race 1 at Brands Hatch. But not only that, because today's victory further consolidates his championship lead in view of the halfway point at Silverstone. For Honda Racing UK the third victory out of six races in 2020.

The two Ducatis of Tommy Bridewell and Christian Iddon completed the podium. They engaged in a terrific scrap on the last lap of the race, with the MotoRapido Oxford Racing rider edging out the Race 1 winner at the entrance to Murrays, a few meters from the chequered flag.

Anonymous race for teammate Josh Brookes, fresh from his success in Race 2 and at times at the head of the race, who was beaten in the sprint to the line by Lee Jackson. Another positive race for the Massingberd-Mundy Kawasaki man after fourth place in the previous race. 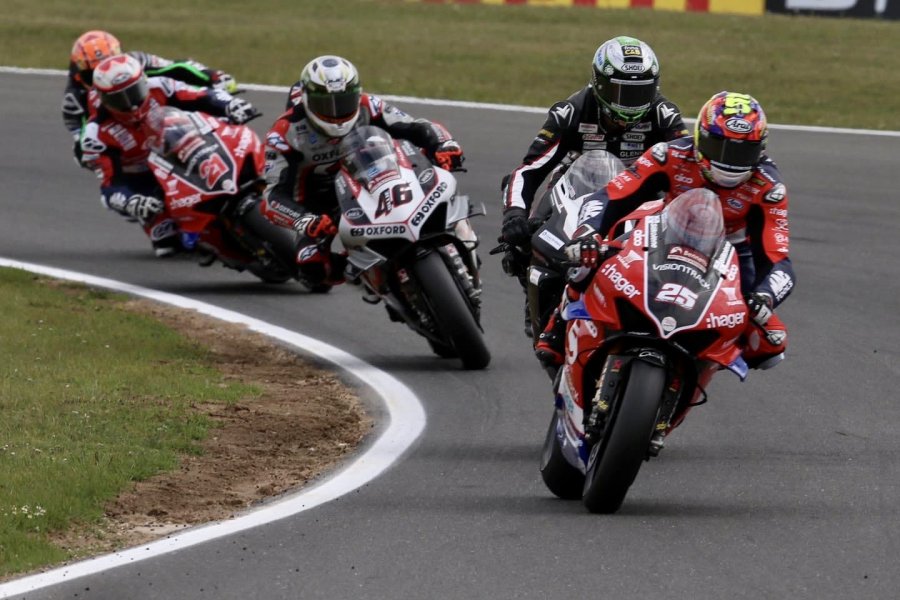 After their mistakes in Race 2, Andrew Irwin and Danny Buchan finished in eighth and 11th position respectively. The Honda Racing UK rider, after his contact with Vickers, was penalized by three positions on the starting grid for Race 3.

A bit of a scare for Ryan Vickers, protagonist of a violent highside coming out of Murrays at the end of the first lap. The bike and rider remained on their line, fortunately without consequences. 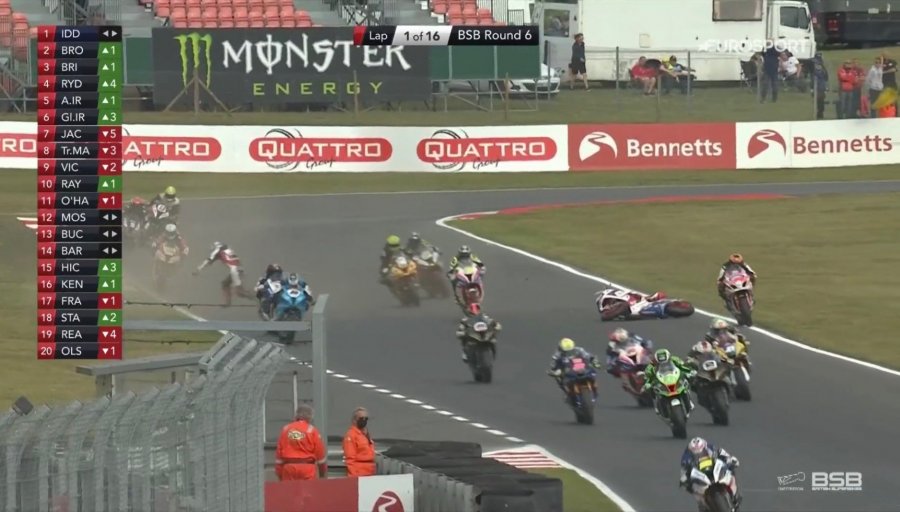 The championship standings now see Glenn Irwin lead with 118 points, 23 points ahead of Tommy Bridewell and 32 over Christian Iddon. The protagonists of the BSB British Superbike will be back in action on 4-5-6 September next at the Silverstone 'National' circuit. 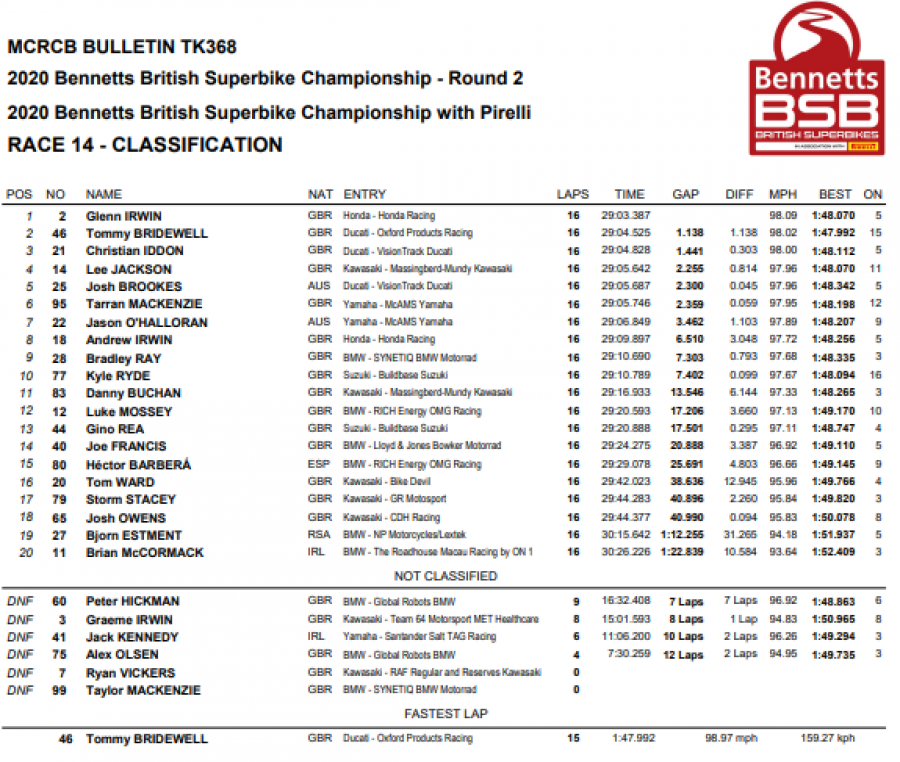