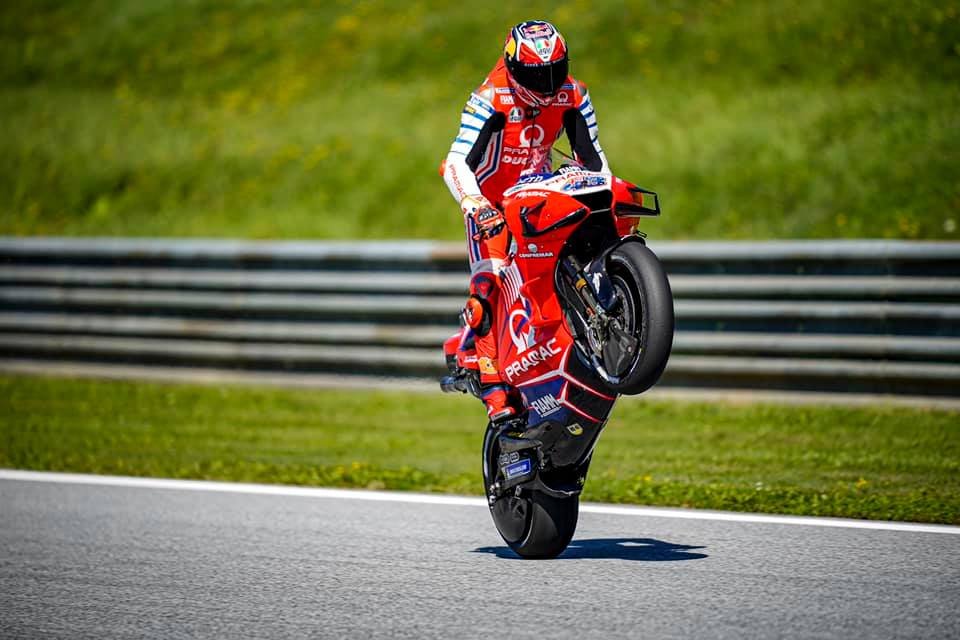 The fastest Ducati Friday was Jack Miller's, ending the free practice sessions in second place behind Pol Espargarò's KTM. So the Australian rider is very satisfied, even if his mind is already focused on Saturday.

“We're back here in Austria with a good starting base," Jack began. "I decided to concentrate mainly on the medium tire, and the sensations were positive from the start. The day went in the right direction, even if there is room for improvement. Among other things, I had the opportunity to compare the soft tire with the medium one, in order to gather  further information, and I'm confident.”

He also commented in view of  the race.

“At the moment, Dovizioso and I are doing a great job with worn tires, so I think we have the best pace. In fact, I'm of the opinion that we'll see the same riders fighting up front again on Sunday, also because tire management counts. I hear talk of victory from the KTM, but the race doesn't last eight laps.”

Finally, something about the market, where there are rumors related to Marini and Bastianini.

“Who to choose between the two? This task is not up to me nor Guidotti. Things change quickly in this paddock. All it takes is one who makes a mistake in the race and he's quickly forgotten. Some time ago, I heard about Jorge Martin,  and I thought they were still talking about him. So we'll see what happens in the coming weeks.”

Bastianini: "It took me three laps to understand how powerful the Ducati...