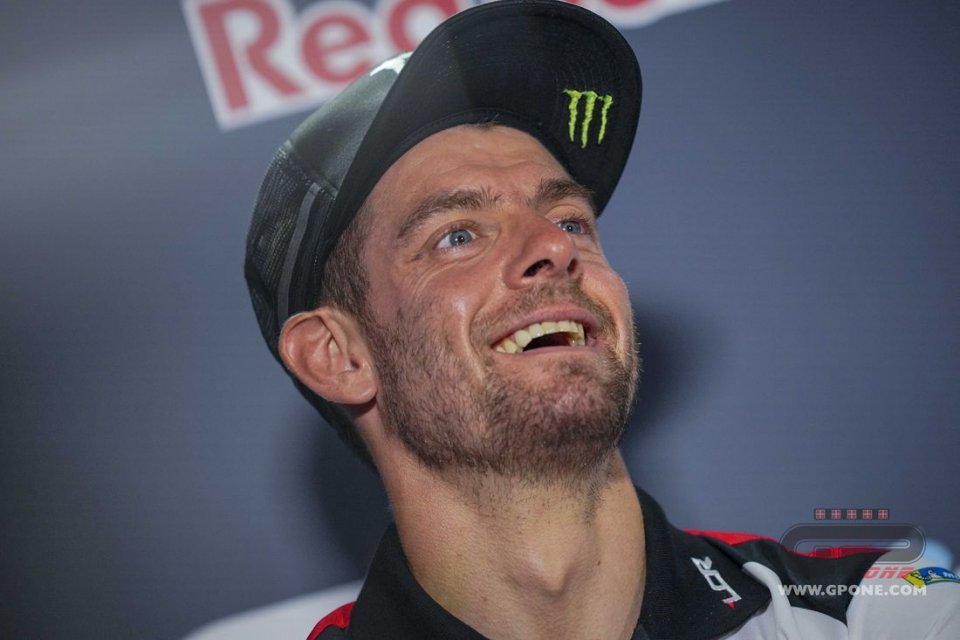 Cal Crutchlow's humour is one of the best in the entire paddock and the LCR team rider brings it out often and willingly. Today he did it to answer questions about his future, considering that there are few free seats in MotoGP and now, to have one, he will also have to beat off the competition of Dovizioso.

“I don't know anything for 2021, I have no idea - said the Brit - but I’m still confident and optimistic that I will be racing. Otherwise, Andrea and I could create a team together and race with classic bikes, vintage races where we could even smoke a cigar".

After brilliantly avoiding the question of next year, Cal didn’t hold back in answering the many questions about the safety of the Red Bull Ring. Especially at turn 3, the one of the accident between Zarco and Morbidelli.

"I went to see the work, they have put more air fences on the inner wall; they block the view a bit but now that point is safer than last week – was his opinion – But I still think that that curve needs to be changed, we have to do something different to reduce the speed ”.

For Crutchlow, the idea of widening the corner radius is to be ruled out...

“We need to think about the next corner, which is downhill and where we are already reaching the limit under braking - he declared - So the solution mustn’t increase the speed out of Turn 3, we must also think about the next braking. We talked about it with Loris Capirossi, he understood the problem, but I know that finding a solution is not easy ”.

There are also some who think that the level of pressure on the riders is at the limit in such a strange championship with so many races close together, but Cal disagrees.

"Everyone wants to get good results right away, everyone except me saw how my last races went, maybe I will be stronger in the final part of the championship - he joked - Seriously, it seems to me that everyone is riding as always, things are just a little bit more emphasized after these incidents. In the end, for a rider, the greatest pressure comes from himself ”.

More than the pressure, the Honda rider has had to struggle with boredom these days…

"There is nothing to do in the paddock. We usually arrive at the circuit on Wednesday or even Thursday morning. Between meetings with the press, a bit of cycling and massages, time passes quickly. Instead I have been here since Monday and a couple of times I got up at 11.30 in the morning to make the day go faster - he laughed – I’m not complaining, given the situation the best thing is not to allow people to enter the paddock and all in all it also has its advantages. Sometimes I feel guilty for not stopping by the fans, now I don't have this problem ”.