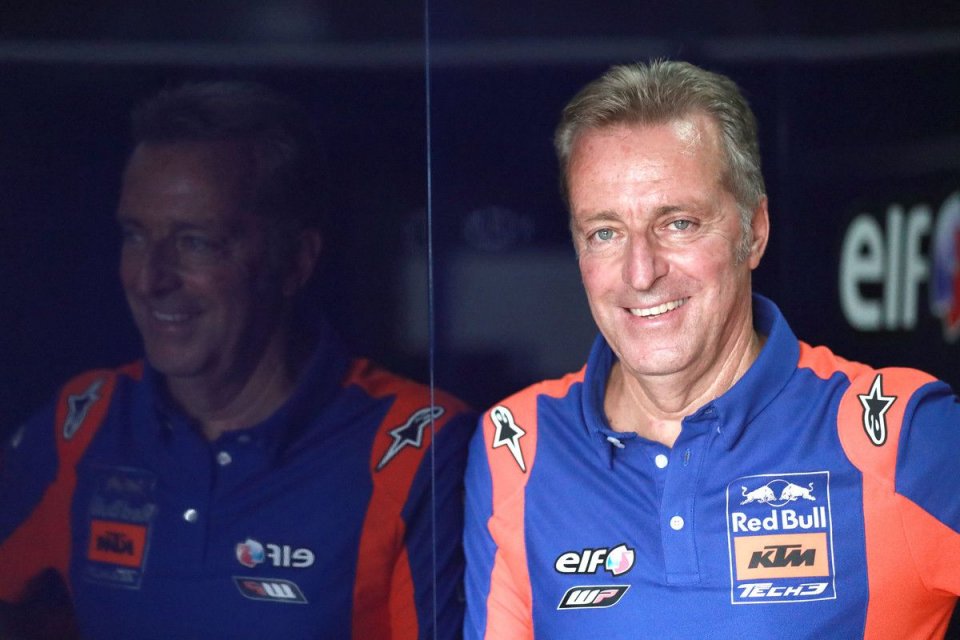 The destinies of Andrea Dovizioso and Hervé Poncharal crossed for the first time in 2012, after the rider from Forlì had left the factory Honda team and was set to join Ducati the following year. Together, with a satellite Yamaha, they achieved 6 podiums. Now, after the announcement of his farewell at the end of the season from the men in red, the rumour mill in the paddock says there could be a rapprochement. Dovi left some great memories with the Tech3 owner, “I adore him” he admits candidly, but this doesn't mean that everything is easy. Indeed, the exact opposite…

Hervé, were you surprised by Dovizioso's announcement?

“I always compare certain relationships with sentimental ones, when you want to go out with a girl you do everything to succeed, but you can get to a certain point where you don’t care anymore, because there has to be mutual interest. Of course, I don't know the details of the negotiation, but I can say that Andrea is the least robot of all the riders in the paddock. In the year spent together, he was fantastic with the team, every morning he went to greet each member, we had a great time together, while many of the top riders don't even come to hospitality. "

Was the divorce a matter of the heart, so to speak?

“I know that human relationships and mutual respect mean a lot for Andrea. I'm not saying that Ducati doesn't have certain values, also because I've always been on excellent terms with Ciabatti and Tardozzi, while I don't know Dall’Igna very well. I know that Andrea is interested in relationships, respect and his feelings. My feeling is that when it is difficult to find an agreement, perhaps the cause is that there is no desire on both sides to continue. I would say that I was only 50% surprised ”.

Was money an issue?

“Andrea is not here for the money, I can say this, he is not here to do his job without passion. I think I don't have the complete picture but I don't think the problem was economic ”.

It can't have been an easy choice…

“In French we say: chapeau! Hats off to him, because he knows what he wants and hasn't accepted compromises, we need people like him who put their sensations before everything else”.

But he could be without a ride next season…

“This makes his decision even more admirable because he knew about this possibility; but he wants to race, I'm sure ”.

Wouldn't there be a place for him at KTM? Maybe in your team, instead of Lecuona…

“Honestly, all four KTM riders have contracts and KTM cares about human values ​​and respects them. For me it is impossible for KTM to break one of the contracts, I really don't see this possibility. I was informed that 3 or 4 months ago Andrea and Simone (Battistella, his manager, Ed.) talked to Pit Beirer, but I don't know anything else. It would be nice to have Andrea, never say never, but the line-up for 2021 is clear and I don't see how it can change. It seems almost impossible to me ”.

Not even if Dovizioso accepted a role as a test rider?

“I don't even know if Andrea would consider this possibility”.