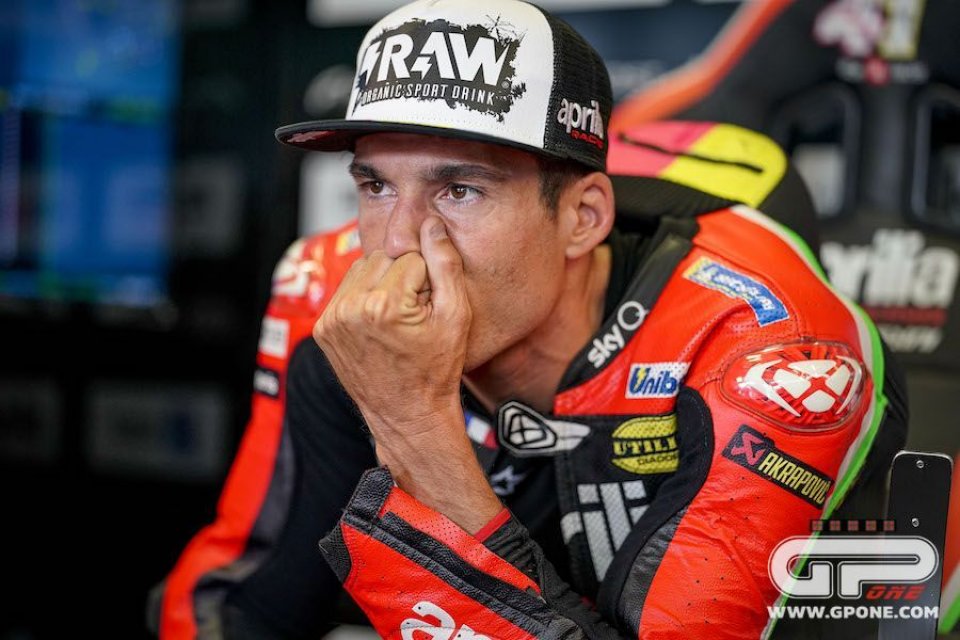 Today was certainly Andrea Dovizioso's "rematch" race over Ducati on the day after the announcement of the separation between the two at the end of the year. In addition to the victory of the man from Forlì, however, today will also be remembered for the incredible accident between Morbidelli and Zarco, with both bikes coming very close to hitting Valentino Rossi at high speed. Near the Doctor, and therefore a non-paying spectator for this "half a miracle", was Aleix Espargarò who wanted to have his say on the accident.

"I was just behind Valentino and I can say that if one of Zarco's or Morbidelli's bikes had hit him today it would have been the worst day in MotoGP history - said the Aprilia rider at the end of the race - It must also be said that there is always Zarco is the middle, when these things happen he is always involved. Fortunately, nothing serious happened”.

Today also in Moto2 there was a big accident with Enea Bastianini who crashed out of turn 1 remaining in the middle of the track just like his bike which was then hit by Syahrin. Maybe this track is not suitable for motorcycling or were the incidents just coincidences?

“In Moto2 it was just bad luck, in MotoGP, as I said, you can't behave like this. At that point it is very difficult to control the bike due to the speed, the wind and the slipstreaming and also due to the aerodynamic wings, we will talk about it in the Safety Commission. There are always sudden changes in downforce and braking is always complex".

So do you think Zarco was totally wrong in this situation?

“When you are in such situations you have to be more careful and Zarco is not, he always goes over the limit. The problem is that some riders in this paddock think only of themselves, so it's not good because we riders have to think 80% about ourselves and 20% about the others. I just wonder why he couldn't wait one more lap…? He wasn't fighting for the win, it wasn't the last lap, if you are always close to the limit and sometimes you go over it then something happens ".

Today you finished your race in 12th position. What sensations did you have on the bike and what are the objectives and room for improvement for the next weekend here in Austria?

"Before the accident I felt very good, I was competitive even though I had a bad start. Then in Race 2, if we can call it that, I started much better but I didn't have the race pace of a few minutes before, I'm not happy because I couldn't change the tyre as I wanted and I also had problems with the power. Next weekend we won't change anything on the bike, today I gave everything I had, I can't go faster than that ”.

Bastianini: “Zarco stopped short, and I rammed into him, it was really unlucky”

Zarco says what Marquez did is “the dark side of our sport” and is sometimes...

The FIA and not the FIM chooses Marquez for a Safety Campaign!