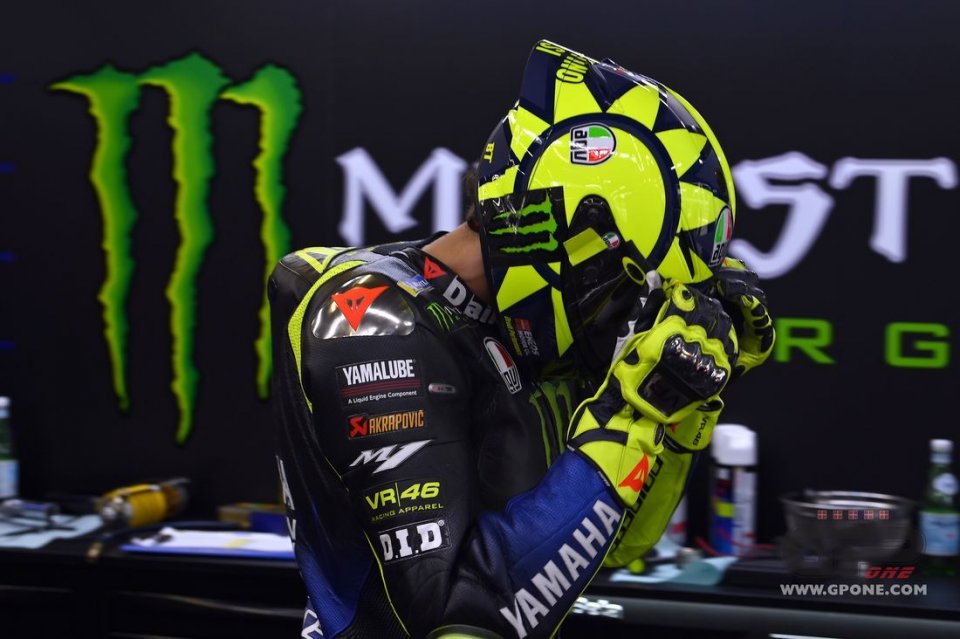 After not one of his best days at the Red Bull Ring, Valentino consoled himself during the press conference with some fruit, "like real athletes" he joked. However, this time Rossi took off his racer’s shoes for a moment and put on those of a Ducati manager. The question was who he would choose for the last place in the factory team out of Dovizioso, Lorenzo and Bagnaia.

“This is a difficult question, because whatever you answer it seems that you are doing wrong to someone - he replied - I would say that all three options are valid and have their pros and cons. Andrea is strong, so for me he remains the first option. Lorenzo, for his part, is a great champion and was fast on the Desmosedici. Then there is the possibility of focusing on a young rider, and above all Pecco has shown that he knows how to ride the Ducati.”

In Borgo Panigale they will therefore have to evaluate their cards very well, also because the Doctor has other things to think about. The start of his weekend in Austria was not good and losing out on the second free practice session did not help.

“It was a half-day, with the wet track in FP2 it was impossible to improve. The first impression is that it will be a bit difficult here, and I was unable to stay in the top 10. For sure there is a lot of work to do because this is a particular track. I am continuing on my way with the set-up, but adjustments are needed. In particular I have to improve in braking, it is very important, because at the Red Bull Ring you brake with a straight bike and arrive at great speed. Then Michelin brings tyres with a harder construction here, because they heat up a lot, so they have less grip, but from that point of view I feel pretty good ”.

As if that weren't enough, top speed matters and the M1 doesn't stand out in this respect. Usually engines with 4 in-line architecture is blamed, but it is the same as the Suzuki which instead proved to be very competitive.

“It's not just the engine that counts, but also how you make the tyres work - underlined Valentino - At the moment I put Suzuki among the favourites, along with Pol Espargarò and Andrea Dovizioso. At Jerez, the Yamaha was more competitive, here they are, but we're talking about tracks with different characteristics. It is not just a question of 4 in-line, other aspects also count, such as traction and electronic management ”.

So far, the M1 seem to be a step behind the rest…

“But, apart from the 4 favourites I mentioned, we are close to the others - continued Rossi - We need to improve, for example in the third sector of the track, where I can be faster. We had something to try for FP2, but we weren't able to do it due to the track conditions ”.

Another question mark concerns the reliability of the engine, with Yamaha asking the MSMA to intervene to solve the problem…

In this case, the Doctor did not unravel the doubts: “I'm not the person to ask, I really don't know anything about it. I am focused on my job ”.

Maverick Vinales: "We can't understand the difference in performance from one track to another" 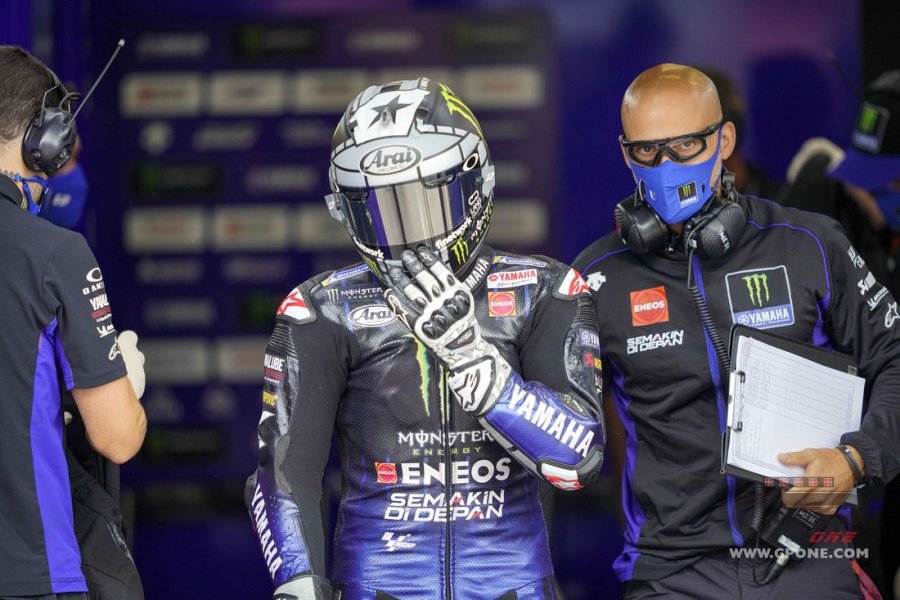 So is Maverick Vinales, who still seems embroiled in the problems that compromised his race in Brno last Sunday. Today he did not find the answers he was looking for and his priority is to do it as soon as possible.

"We are trying to understand the reason for this difference in performance - he admitted - Today I didn't have great confidence on the front and bad sensations at the rear. I felt like I was riding another bike, I was struggling in the middle of the corner, I had no grip. If I think of Jerez, today I was unable to get the M1 to turn, I want to focus on this problem ”.

Ducati and KTM are in perfect shape…

"They are fast with these tyres, we too have to understand how to use them - said the Spaniard - Honestly, we are a bit lost and we will have to be quick to make the right moves. As already happened in previous years, the bike goes on one track and doesn't on another. We need to understand what happens or it will become frustrating. My goal is to improve my feelings this weekend and solve the problem next weekend. They will be two important GPs ”. 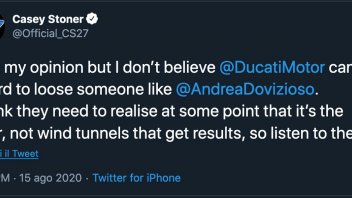 After the period with Rich Energy OMG Racing, Mossey will join Dave Tyson's line-up. He will ride the ZX-10RR with Jack Kennedy in SS600
1 day 2 hours ago

The new calendar for the next season of the Asia Road Racing Championship was disclosed today. Six rounds with two races each, starting in June from...
2 days 21 hours ago

After the collaboration agreement signed between MSVR, Dorna and FIM for the development of the new SuperSport regulations, Triumph has announced...
2 days 22 hours ago

After his stint in 2020 with Synetiq TAS, Bradley Ray will remain to defend the BMW colors by transferring to Paul Curran’s team. He’ll be joining...
3 days 23 hours ago

Youngster Rory Skinner, the new British SuperSport 600 winner, is set to race alongside the reconfirmed Lee Jackson, following on from a positive...
4 days 3 hours ago

A route of 7,646kms starting and finishing in Jeddah, including 4,767 kms of special stages. The 2021 course, strives to reduce the length and amount...
1 week 6 hours ago