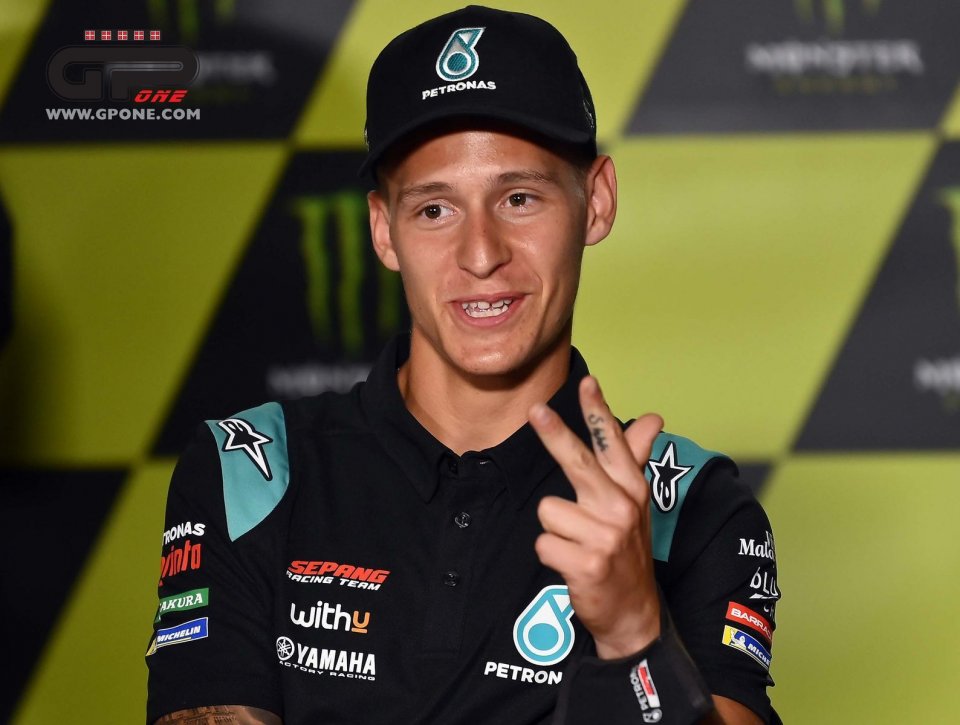 An underground war has broken out between Honda and Yamaha, obviously relating to the problems the Iwata manufacturer had in the first Grands Prix of the season.

As you will remember in the Andalusian GP at Jerez, Franco Morbidelli was forced to retire while he was fighting for the podium due to an engine problem similar to the one suffered by Rossi previously.

The result was that particular unit being removed from the engine allocation, while Dorna’s sheet in which the available engines are marked clearly showed that both Vinales and Morbidelli have used all five engines allowed by the regulations, Quartararo and Rossi four and only Fabio with all the engines still at his disposal.

Yamaha's reaction was to send the incriminated engine to Japan for analysis. The result has arrived and it seems that the valves have been blamed for the failure. A defective batch.

The regulation, to be clear, stipulates that in cases like this, or when it is a question of safety, the manufacturer can ask the MSMA - the Manufacturers’ Association - for dispensation to open the sealed engines and replace the parts responsible for the malfunction.

Obviously, the technical problem must not be due to a design error, otherwise the very meaning of the rule - which provides for engines with a quota of 5 for the manufacturers, let's say, 'winning' ones, and 7 for the manufacturers with 'concessions' - would be nullified. These concessions are lost when 6 points are reached: 3 in case of victory, 2 and 1 for second or third place.

Currently only KTM (with 3 points for Binder's victory at Brno) and Aprilia have the 'concessions'.

At the moment, since the MSMA has to unanimously decide whether or not to authorize the reopening of the engines for the replacement of defective parts, Honda has expressed its opposition, asking for further clarification on the component's defectiveness. Clarifications that, at the moment, have been judged to be insufficient.

As you may recall, this type of 'clarification' forced Ducati last year to provide the MSMA with graphics and drawings of the infamous 'spoon', accused of being an aerodynamic component.

On the basis of transparency, therefore, further details were requested from Yamaha, which forced the Japanese manufacturer to wait and in order not to risk, to reduce the revs on its M1s, naturally with a decrease in performance.

And that would explain why Morbidelli's was the only M1 that performed well at Brno.

Obviously, at this time Honda has every interest, but also every right, to slow down as much as possible the approval by the MSMA of the waiver that would allow Yamaha to protect the engines from any other breakdowns.

Letting the news out that its rival Yamaha is in a ‘check’ situation was certainly not elegant, but battles are not only fought out on the track…

With Marquez out of action, and expected to return only at Misano, the victory of Binder in Brno and the podium of Morbidelli and Zarco, three outsiders compared to Quartararo and Vinales, was greeted with satisfaction by HRC. Incidentally, even at the Red Bull Ring the best Yamaha on the track with dry asphalt was that of Morbidelli, 5th fastest time. Quartararo is 10th, just scraping into Q2, while Vinales (11th) and Rossi (13) will be forced to fight for Q1 in case FP3 is wet.

With his main opponents in the title race 'slowed down', a recovery of 'Magic Marc' is still possible.