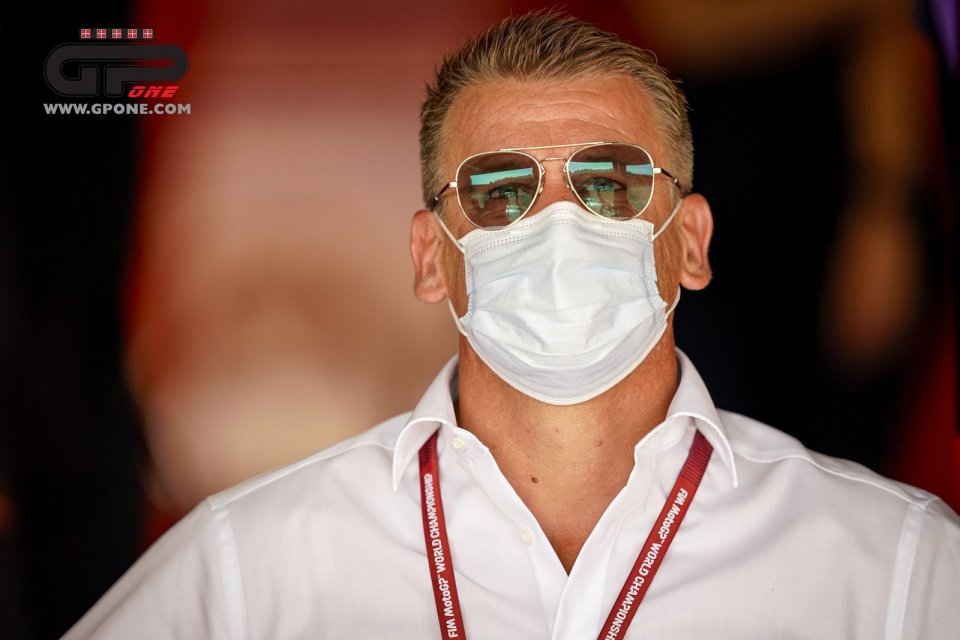 The image of KTM's Motorsport Director, Pit Beirer, gives us an idea of how tough it is to compete at the highest levels of motorcycling.

The former 1999 250cc motocross vice world champion was paralyzed from the sixth thoracic vertebra down in 2003, while competing in Bulgaria, on the Sevlievo track. At the head of the KTM Motorsport, Husky and GasGas has 58 riders and 460 team members under his wing.

For him, making decisions isn't easy, but the recent break up with Johann Zarco, the decision to bring Brad Binder to the MotoGP, and the arrival of Danilo Petrucci, not to mention bringing on Dani Pedrosa as a test rider, shows how clear his ideas are.

That's why Beirer, who's already en route to the Brno GP, had understood that the possibility existed of bringing the KTM to the podium in the Czech Republic GP for the first time. And, in fact, after the warm up, once Pol Espargarò's fast lap and pace were confirmed, he had spurred the team with a blunt: “It's time to do it!"”.

So, finally, the KTM - which was able to keep the Honda in check in the Paris-Dakar rally for 18 years - today reached its victory in the premier class, exactly four years and 285 days after the first shake-down of the KTM RC16 "alla Spielberg" in October 2016.

“At the moment, I'm naturally at a loss for words," Pit Beirer said excitedly during the first interview with ServusTV. "We really wanted this success, and we fought hard to get it. Our goal was to finally get on the podium in a dry race. The fact that this turned into a victory is absolutely crazy. It was possible because the new bike has improved, and the riders are in a good mood. We knew it could work, but the last time we did it, it was two weeks ago in Jerez, and things went badly. Today was great! A fantastic success. And if we did it on this bumpy track with a scarce grip, our bike should work on other tracks too."

Everyone in the Brad Binder team likes him, and the reason is simple. “He's a cool, fun guy, and he brings his joy even when he's riding,” Pit Beirer said.

The KTM guys are a nice group and, among them, there's an old acquaintance: Mike Leitner, former 125 rider, from 1985-1989, and then suspension technician in the HB-Honda team of Dieter Stappert, 250 vice world champion with Rald Waldmann, and then alongside our Stefano Perugini.

"I'm speechless ," Mike Leitner exulted. "I think that, without Pol's fall, we could have finished first and second today. One shouldn't be arrogant, but that's the truth. I'm very happy for Brad, for the whole team, for the KTM, and Red Bull. We've invested a lot of energy in this project in the last four years. This pays off.”

Thanks to Guenther Wiesinger for the historical info.