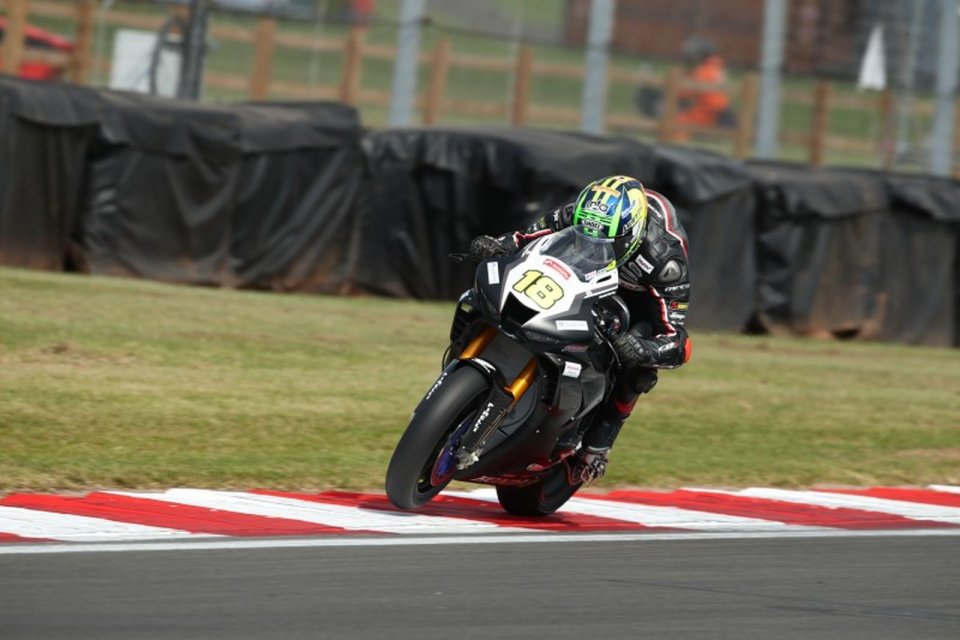 British Superbike couldn't have got off to a better start than this one, as the prolonged unexpected emergency due to COVID-19 brought out the best of the riders in a spectacular Race 1. Donington Park’s 'National' layout produced excitement all the way, with the first success for the new CBR 1000RR-R ridden by Andrew Irwin.

Making its outright debut in BSB, the Honda CBR Fireblade 1000RR-R, which is struggling in the SBK World Championship, proved to be the bike to beat. The Honda Racing UK Team monopolized the scene going on to conquer a fantastic 1-2 with the "Irwin Brothers".

Thanks to a spectacular attack on the Old Hairpin against his brother Glenn, Andrew Irwin managed to win his second race in the UK top class after the one obtained at Snetterton in 2019.

Josh Brookes tried his best, but he was never able to launch the decisive attack, settling for third overall. Fourth position for team-mate Christian Iddon, able to recover from eleventh on the grid.

Tommy Bridewell finished fifth on the Panigale V4 of the MotoRapido Ducati Team, preceding the first BMW of Luke Mossey with OMG Racing and the two McAMS Yamaha of Tarran Mackenzie and Jason O'Halloran.

The latter started badly from pole position, only to go off the track to avoid contact with Danny Buchan at the Roberts chicane. The Massingberd Mundy Kawasaki rider crashed in the early stages of the race, spoiling the positive form he showed during the two free practice sessions.

Bad luck for Kyle Ryde (Buildbase Suzuki) and Hector Barbera (OMG Racing BMW), after both were forced to retire due to mechanical problems while fighting for victory. The Suzuki rider was also able to lead the race in the first six laps. 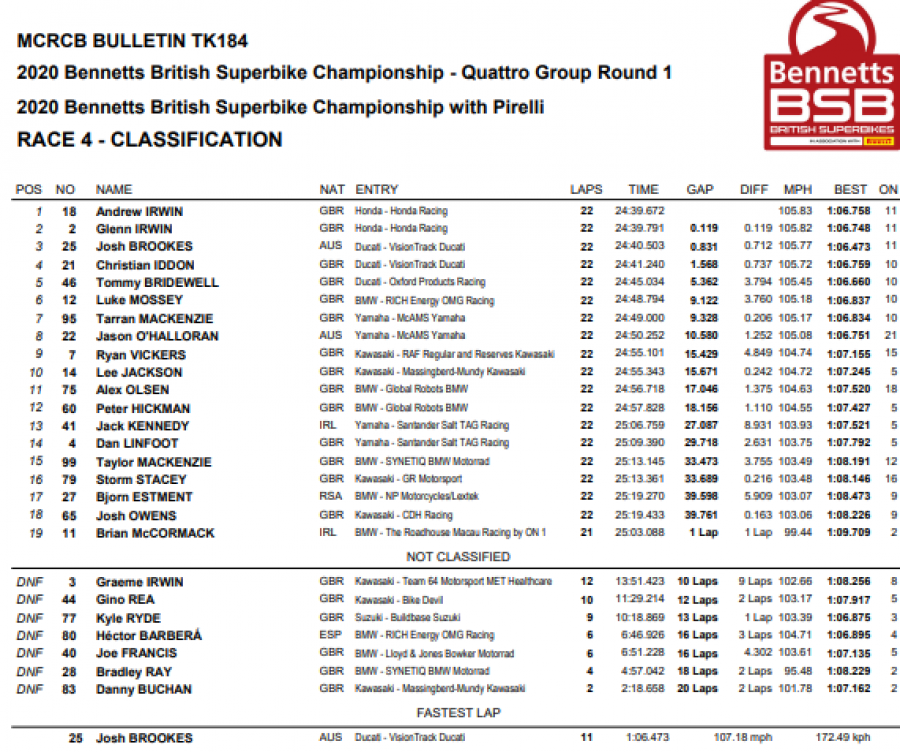