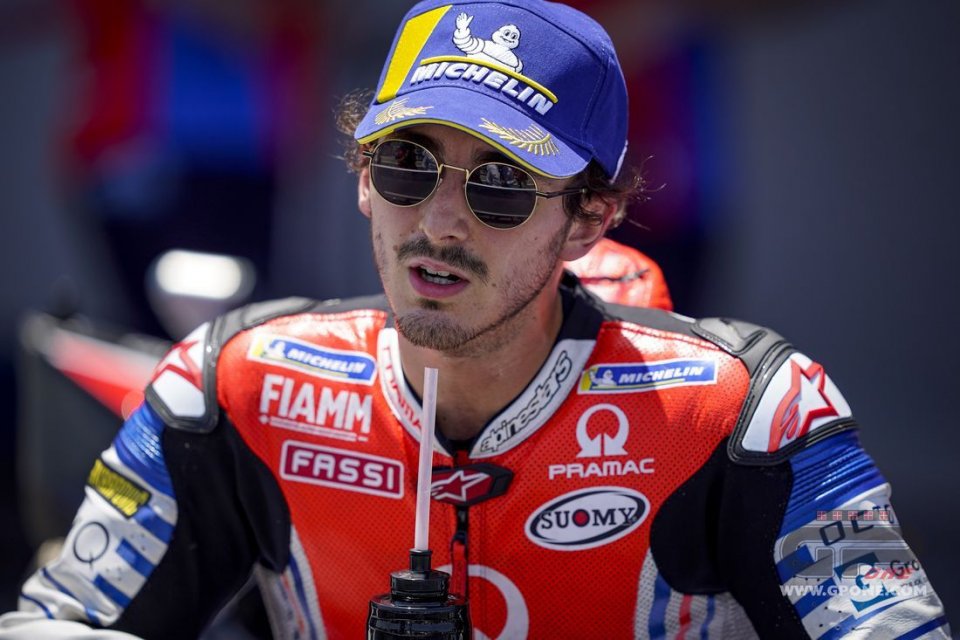 Francesco Bagnaia will have to undergo an operation. The X-rays, taken after his crash at the first corner of the Brno circuit during FP1, showed the fracture of the tibia at the height of the right knee. The Pramac rider is now at Brno hospital, where he is undergoing an MRI scan to check for possible involvement of the tendons.

Pecco will certainly have to be operated on and the team members are already organizing his return to Italy, in order to plan the intervention as soon as possible.

In addition to Brno, Bagnaia will certainly miss the first Grand Prix at the Red Bull Ring scheduled for next weekend. In all probability he will be replaced by Michele Pirro.

Bagnaia: "I won to celebrate Valentino, so many emotions together"