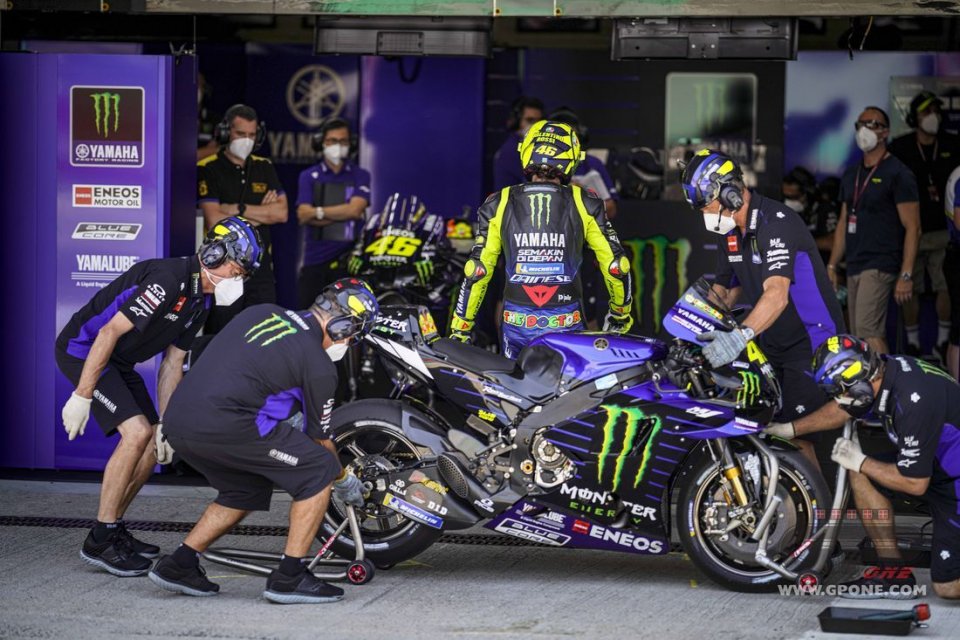 The reliability of the Yamaha engines is becoming more than just a technical issue. That the engines of the M1 have fragility problems is no secret: two units were sent to Japan for checks, Rossi and Morbidelli stopped on the track respectively in the Spanish and Andalusian GPs, Vinales had some problems in practice and has even punched all 5 engines.

In MotoGP, the engines cannot be modified by regulation, development is frozen, and nor can they be opened to replace parts, unless there are safety problems or it is demonstrated that the component causing the problems has manufacturing defects.

Even here, however, it is the MSMA – the association that brings together all the MotoGP manufacturers – who decides and, in this case, it is necessary to have unanimity.

Everyone was expecting Yamaha to submit a request to resolve the problem, but as far as GPOne.com has been able to find out, at the time of writing this has not yet been done.

If it is actually necessary to replace a part of the engine to solve the problem, the only case in which it is possible to skip the MSMA is when this is "external", that is, it can be changed without opening the seals.

Otherwise it must be demonstrated that this is a problem of reliability and that the necessary modifications do not increase the engine performance in any way. To do this, it is therefore necessary to show everyone the origin of the fault, unveiling some secrets, going into the details of the offending part.

After all, it was the same thing that happened to Ducati when the other manufacturers appealed against the 'spoon'. On that occasion, the Borgo Panigale technicians had to explain in detail how that part works. If Yamaha turns to the MSMA, it must therefore clearly show the problem, with absolute transparency and the certainty that it has no advantages to have unanimity.

Clearly, it is easy that Yamaha will come up against some resistance, especially after a perfect start to the championship, with a double win in the first two GPs. In addition, most manufacturers turned up their noses when they learned that Vinales had already punched his 5th engine in the second race.

This year, in fact, there has been a change in the regulation, as there is no certainty about how many Grand Prix races can be run. Riders of manufacturers who are not in concession regime have 4 engines available for a championship of up to 11 races, which become 5 if the championship goes up to 14 races.

Many observers thought that the 5th engine could not be used until the 11th race, because there is the possibility that some Grand Prix races may be cancelled given the international health situation.

Instead it has happened and the other constructors turned up their noses at the decision of technical director Aldridge to allow it. In fact, if 3 Grand Prix races were cancelled, Vinales would have had an advantage over all the other riders (who have just used two engines, with the exception of his brand mates who are already at 4).

Here then the issue becomes purely political and Yamaha, in addition to good engineers, will have to make sure that they also have allies in MSMA. Provided that the problem cannot be resolved in any other way, but Yamaha, which we asked about this in the past few days, did not want to issue any declaration on the matter.