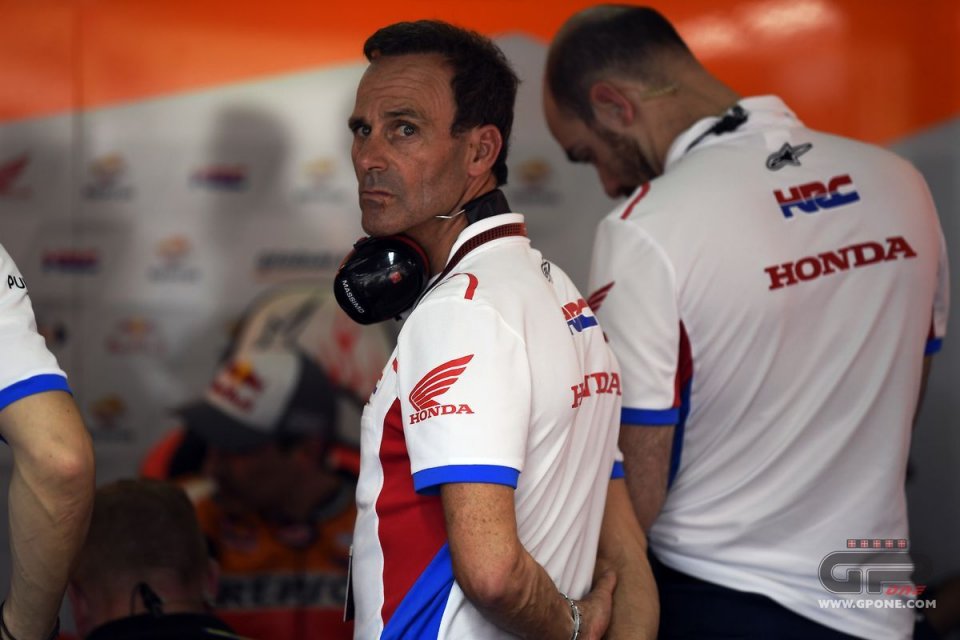 At this point, Marc Marquez will no doubt have to consult the HRC technicians to have new windows designed for his home. The ones he has at the moment must really be excessively heavy, given that during an interview to DAZN Spain, Alberto Puig said that it was precisely in opening a window in his house, that Marquez had the problem with the titanium plate that meant he had to go back under the knife a few days after the first operation...

“As you know last Monday Marc had a second surgery on his fractured humerus that was caused in the Grand Prix of Jerez. A domestic accident in his house, opening a big window - not exactly a window, more like a big door - created a big pain that broke the plate. This is what they saw after the incident. Probably due to the stress of all this time, this thing happened but it’s clear it happened after the Grand Prix.”

Puig actually wanted to specify that it was only the reassurances of the doctors that convinced Marc and Honda to try to race at Jerez and that everything took place under their constant supervision.

“Marc always tries to follow the doctors’ indications and his feeling of his body and he went to Jerez with the consensus of all the doctors. They didn’t expect that this plate was broken, and that’s what they told and informed the rider and the team, because in case they didn’t inform this, Marc would never have tried and Honda would never let him try the bike. In any case things happen and the positive point is that it happened in his house, not in Brno here or in Austria because that could have massive consequences for him. From now on Marc will keep going with this rehabilitation healing of the bones and time will tell when he’s ready to feel good and see how he’s evolving after this incident.”

The Spanish manager did not regret the decisions made at Jerez, believing that it was not an excessively early return to the track that caused the current situation.

"We don't think trying to race in Jerez was an unnecessary risk, we simply did what we thought was right. What happened to Marc happened after Jerez. There he tried because he felt good, but when he started to feel pain, he stopped. We did everything according to the rules, we had the OK from the doctors, Marc passed the physical tests. Now we don't have to look back, but to the future. Marc knows that winning this world championship will be complicated, but it won't be the last world championship that he will race. He is a real fighter and he proved it in Jerez.”

Obviously, now it remains to be seen how many races Marquez will miss, but nothing is certain at the moment.

"We don't set deadlines or want to talk about it, because the important thing is that he recovers perfectly and only time will tell us how long it will take. Life takes unexpected turns sometimes and this world championship will obviously be much more difficult from a mathematical point of view. From a certain point of view the world championship will be more interesting because there were riders who had no chance and now have one. "

Puig also explained that using Bradl in the race will help the engineers to develop the bike.

"Stefan is a test rider and his approach to the test sessions is different. But this is not about testing, but about racing. We will try to make the most of his role and his skills as a test rider, in order to get information from him and collect data to study. "

In the latest episode of the series by Vanessa Guerra: the Spanish champion's GP, Oliveira's secrets, a challenge between Nakagami and Alex Marquez
4 hours 25 min ago