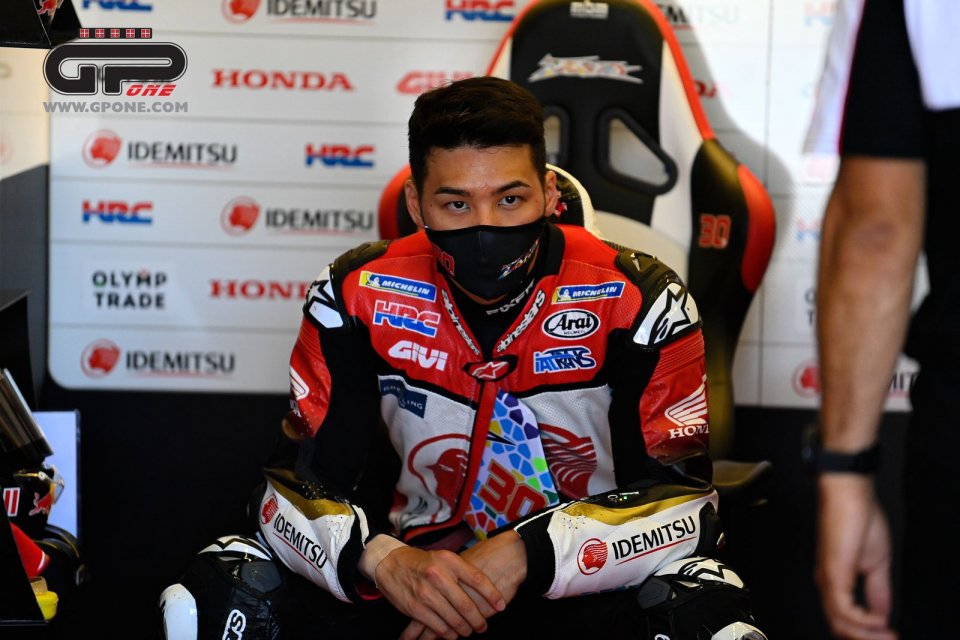 Everyone is saying it: Marc Marquez, with two zeroes in the standings already and three more on the cards, can no longer win this year’s MotoGP world championship title. This is certainly true from the point of view of probability calculations, but it is also undeniable that when the cat’s away, the mice will play...

The names of the probable candidates for the title are the usual suspects: Quartararo, Vinales and Dovizioso, then there are the outsiders, Bagnaia, Morbidelli, Miller and Petrucci. Who else? If we don't include Valentino Rossi, then probably nobody else.

The Grands Prix might not even see one dominator this year, even though so far Fabio and Maverick seem to be the riders who are most on form.

Every so often, in fact, some new names may emerge and one of them - Takaaki Nakagami, who amazed everyone in the Andalusian GP– has not even been mentioned.

Eighth in qualifying and fifth in the warm-up, he was able to finish fourth in the race just a second behind Valentino Rossi. His best result ever since 5th place in Misano last year was his best performance so far.

But will ‘Taka’ continue in this way for the rest of the season?

On this matter there are a lot of doubts, because in the second GP held at Jerez Nakagami was able to use the set-up of Marc Marquez, which is possible because the 2020 version of the RC213-V basically uses the 2019 chassis and aerodynamics. While in the Andalusian GP, the set-up adjustments had been made in the tests, also with the new Michelin tyres, at the weekend Nakagami will at the very most be able to use last season's Grand Prix data.

With Stefan Bradl on Marc's bike, HRC is likely to have fewer resources for the LCR team.

“In Spain - said Lucio Cecchinello’s protégé - HRC staff were added to my team, such as Takeo Yokoyama to analyse Marc's and my telemetry in depth and compare his riding style with mine. It was then that I understand how he manages to adapt to this bike. We tried out its settings on Friday, but the big change was that I completely changed my riding style. I tried to ride like Marquez and suddenly I felt much more comfortable and the lap times were more consistent. Also, given that Marc was unable to take part in the race, Takeo was in our garage last weekend and gave me some advice on how to improve braking, for example. Alberto Puig also came to advise me several times. HRC support was really important. "