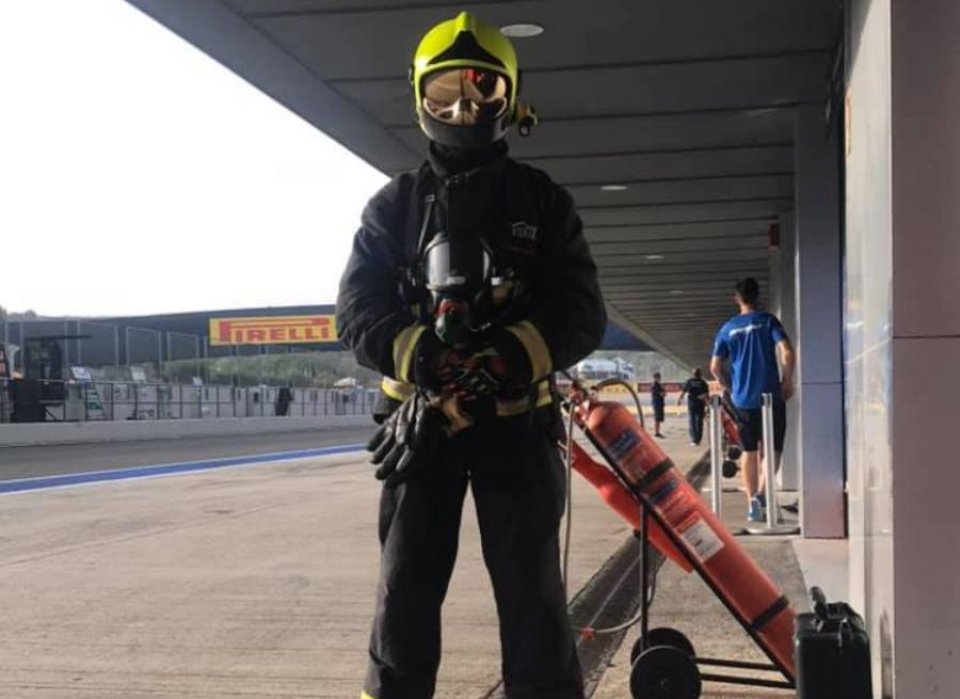 Superbike kicked off again from Jerez over the weekend after a wait of well over five months due to the spread of COVID-19. If we wanted to, we could dwell upon the fantastic performance by Scott Redding on the V4R, but for this occasion we would like to go further, certain that Scott and Ducati will comprehend.

THE GOOD - The headlines should go to all those who worked continuously during the week, and those who worked behind the scenes. The riders always end up in the spotlight, with their overtaking and braking at the limit, they excite fans in front of the TV. Behind all this, however, there is a world without which we could not enjoy this spectacle. We therefore would like to mention the mechanics and engineers present inside the pits, without forgetting the track marshals, the photographers, as well as the staff involved in safety around the track. And what about those who, from the early hours of the morning, worked tirelessly under the awnings to prepare lunches and dinners for their respective meal boxes, observing all the prevention rules with special masks and social distancing, to which we can add the workers who helped sanitize the circuit.

At Jerez, this weekend, it was 40° Celsius while the asphalt was throwing up temps of 60° C. We therefore want to give credit to this member of the firefighting crew who with overalls, helmet and mask did his job in highly demanding conditions. We journalists selected by Dorna for the Andalusian round, comfortably seated with air conditioning in the press room, cannot help but recognize their merit and tell everyone about it.

THE BAD – It may well be that this Yamaha is a bike that is easy to learn and really smooth when cornering. It is a pity that it sometimes throws a tantrum… For more information ask Michael van der Mark, who remained stranded on Saturday due to an engine breakdown or Toprak Razgatlioglu, victim of an electrical problem in the Superpole Race. If we add to all this the bike running out of fuel at Phillip Island, it’s probably a good idea for the Turkish rider not to think about the number of points thrown away already this year.

THE UGLY - The Jerez round was marred by the improper behaviour of the 2R Racing team, which was caught out serving a buffet and working without the appropriate masks. We are certainly not here to make judgments, let alone pour salt into the wounds, since we’ve already written everything possible to report. A lack of attention can also happen inadvertently but making a mistake while knowing you are doing so is far more serious.

THE CONFIRMATION - He is one man who does not like being politically correct and as a result says what he thinks, without mincing his words. The fact is that Scott Redding has immediately learnt how to deal with Johnny Rea. In these first two rounds since the beginning of the season, the Aruba rider has always been on the podium, thus standing out for his consistency. The World Championship is just starting now, but Rea has 24 points to recover.

THE DISAPPOINTMENT - In Spain BMW was called upon to leave behind the disappointments of the start of the season in Australia. Too bad that no one told Shaun Muir's team about the script. A weekend flavoured with unexpected and difficult situations for Eugene Laverty and Tom Sykes, who have to deal with an S 1000 RR far from what they were expecting. Together in the very same boat with BMW can be found Honda. Alvaro Bautista is trying to reduce the learning curve difficulties of this Honda, but its limits are clear. We expected a lot more from HRC. 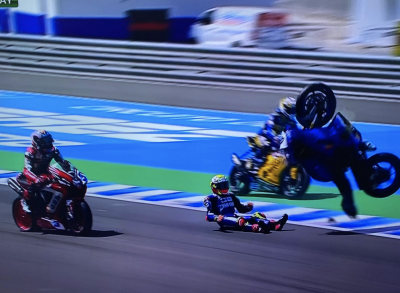 THE MISTAKE - We don't want to know what Raffaele De Rosa experienced when he was hit by Axel Bassani from behind during the warm-up lap. Certainly, for the rider from Campania, it was certainly not a good feeling.

THE SURPRISE - In October he risked finding himself no longer in the paddock, but now he seems like a serene and reborn guy. Hats off therefore for Michael Ruben Rinaldi, who after finding himself without brakes at over 250 km/h did not lose heart this weekend. In fact, he immediately got back on the seat of his motorbike, arriving just a fraction away from the podium.

THE PASS - "When I overtook him, I started laughing in my helmet". This is what Michael Rinaldi told us after getting past Johnny Rea in Race 2. And so, the prize for the best overtaking move of the weekend goes to him.

THE CURIOSITY - It had never happened in the history of SuperSport that an Italian rider won three races in a row. Honour and merit therefore to Andrea Locatelli, who with the Evan Bros team is experiencing a sort of operation ‘relaunch’ after the disappointment of Moto 2. Rather than calling it winning the Bergamo rider is completely and utterly dominating and the category already seems to be a bit of a tight fit for him.

I TOLD YOU SO - "If Honda is here, it's because they want to win." So, Alvaro Bautista told us on Friday. In the meantime, we are waiting confidently…