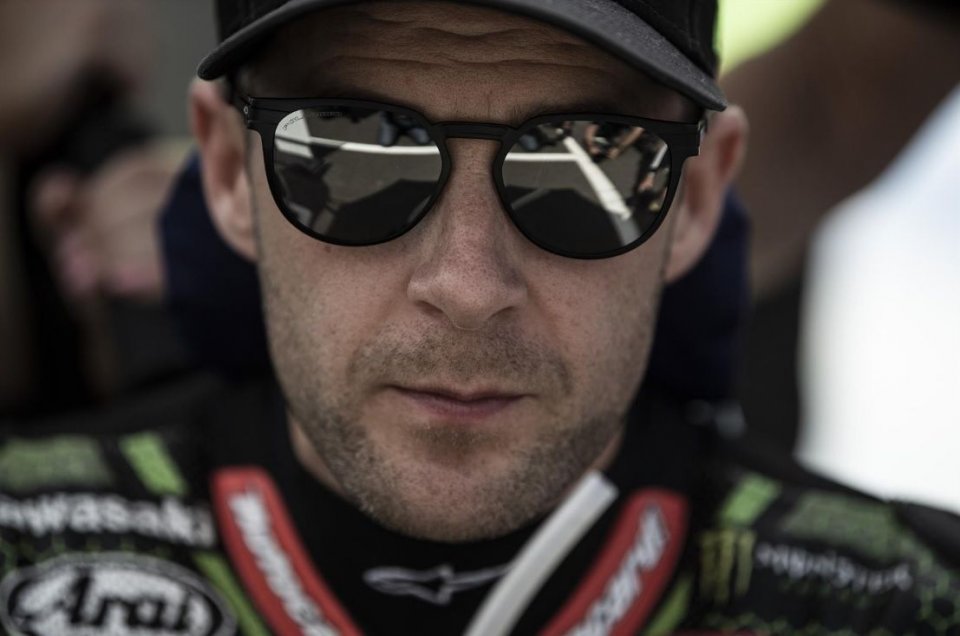 He's the man to beat, there's no doubt. Johnny Rea sharpens his weapons for this fresh start after lockdown. Everyone's really curious about the Cannibal, who re-launches his ambitions in view of the race towards the world title.

On the eve of the Jerez round, the Kawasaki Cannibal talked about himself in this long interview where he touched on various topics, such as his comparison with Redding, the decision to continue his journey with KRT, as well as the missed opportunity to land in the MotoGP.

“Here we are, we're ready to start again," Johnny began. "It'll be a unique Championship, with few races and with dynamics never faced before. COVID-19 has changed many things these months, with a lot of suffering for many people. Among other things, the situation has not yet been resolved, and I invite everyone to comply with the rules of prevention. We riders can do nothing but race and offer good races to everyone."

What kind of World Championship should we expect? You're a rider who has made constancy his workhorse.

“I'm a constant rider, that's true, but every year is a separate story. I certainly can't afford to make mistakes because, with such few races, it becomes difficult to recuperate. Besides that, we have to see what the evolution of the virus will be in Europe, because that's the key aspect we must constantly deal with."

Let's talk about Australia, where you fell in Race 1. Are you superstitious about what happened or do you consider it a simple accident?

It's a normal race accident that can happen. So that fall belongs to the past, period, since I then won the Superpole Race and conquered the podium. Now the World Championship is starting again, and we only have to think about this weekend."

Johnny, the SBK starts again from Jerez, the track that has been hosting the MotoGP in the past two weeks. Were you impressed by the many falls, including Marquez's?

“It's really complicated to express yourself about accidents. Do they depend on the temperature? Do they depend on the stress of the riders? Do they depend on physical aspects? There are so many question marks. The only thing I can say is that we have to live with this climate. Marc's accident was scary. He made a great comeback that Sunday, impressive, but I can't think about what happened to him, because my mind has to be free."

Meanwhile, in recent months, you've renewed with Kawasaki. What convinced you?

“Why shouldn't I continue? Kawasaki is my family. This team has allowed me to be strong and grow, reaching five world titles. Every time I made a request, they always met it. In fact, I think it's the best choice for me."

When will you have the new bike?

“I'd like to have it soon. I think that, in recent years, we've managed to do a great job, but we can always do better. The bike has grown, but I also have, improving together, step by step. Personally, I often compare notes with the engineers, and we'll see what will happen.”

Returning to the present, many consider Redding the Anti Rea. Do you agree?

“Scott is a really good person, very transparent. He's someone who says things the way he thinks them, without putting on a pretty face in front of you and then talking badly when you turn the corner. Among other things, we also shared a bike ride in Misano. I have a good relationship with him, but the same goes for Toprak. Then it's obvious that there's conparisons and challenges on the track, but the important thing is to respect and recognize the other's values when one wins or loses."

Johnny, how do you imagine the day of your retirement?

“The day I get out of bed and realize that I'm no longer able to win, I'll leave this world. I won't come here just for fun. Inside of me, I think I have a winning mentality because, in the end, it's what allows you to get important results. I've won a lot in these past years, and the day I'll no longer be able to, I'll enjoy my family and everything around me."

Meanwhile, Melandri is back.

"I know. I think it's really difficult for a rider to make the decision to retire. Marco probably hoped for a different farewell, obviously aware of what he's worth and what his talent is. To this regard, I want to express my displeasure for Leon Camier, one of the greatest riders the Superbike has ever had. His bad luck was that he didn't have bikes up to par, and that saddens me."

Johnny, there were several market rumors going around during lockdown. There were those who wanted you in the MotoGP with Ducati, while Gresini revealed that he would have liked you in Aprilia.

“To tell the truth, there has never been a real and concrete opportunity to land in the MotoGP. Personally, I want to thank all my Italian fans who have always supported me and never criticized me. I can say that Fausto contacted me, we spoke, but then it didn't happen."

“Because Kawasaki is a family for me, and the other teams wouldn't have been able to appreciate me in the same way as a rider. Let me be clear. I thank Aprilia for the interest shown in the past and for the value of the brand. But, in Kawasaki, I'm in the center of a project. Last year, I was invited to visit the factory after the victory. They took me by helicopter and, afterwards, once I arrived at the factory, I felt that everyone present was incredibly affectionate towards me. When you receive such a treatment, you can't want anything else from life."

In addition to Donington Park, the BSB riders will be in action in three further practice sessions at Silverstone, Snetterton and Oulton Park before...
19 hours 20 min ago

In Qatar, the first day of the Sky VR46 Avintia team rider in a selection of images on and off the track
19 hours 43 min ago