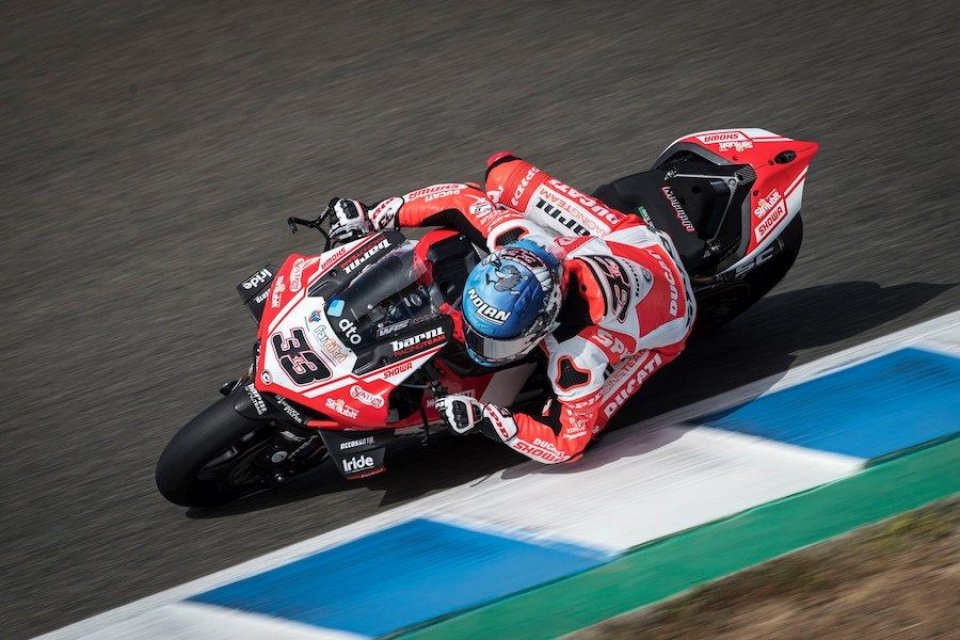 Today at the track in Jerez de la Frontera we finally witnessed the return of Superbike to the track. Together with the production-based racing series, which has not had a race weekend since early March, Marco Melandri was also back on the track with a helmet that had not been used since the end of last season, after accepting a call from Barni to replace Leon Camier .

“I don't remember it ever being like this - Marco said at the end of FP2 - After two laps I was already out of breath, it's really hot at Jerez and the race will be really complicated. I have no physical problems, mind you, I trained almost every day, the problem this weekend is not your muscles but the heat ".

How did the idea of ​​returning to the track to compete in the SBK championship come about?

“It was a surprise to tell the truth. Already this winter the Barni team was looking for a tester given Camier's condition, but I hadn't even thought about it because at that moment my mind was focused on something else. During the lockdown, however, I recharged my batteries and as soon as it was possible, I went back to racing on the track with some friends. Then came the chance to come back and here I am. "

What sort of day was it today? What feelings did you have on the Panigale V4?

"I am really happy; together with the team we made some adjustments on the bike that made it closer to my tastes and my riding style. Now I have to adapt to both the V4 and the environmental and track conditions, I have yet to find the right balance. I am satisfied with the work done this afternoon because I got closer to the best but I have to improve a lot with the new tyres, even if I feel more comfortable every time I go out".

In recent weeks we have heard you on DAZN's microphones as a technical commentator on MotoGP. What are your predictions about this weekend's races?

“I expect there will be a lot of fast riders in the early laps, then most will have problems with managing the tyres. It will not be a fast race; we will all be a bit in difficulty with the front ".

Quartararo: "The first three laps were a nightmare, I had no grip"