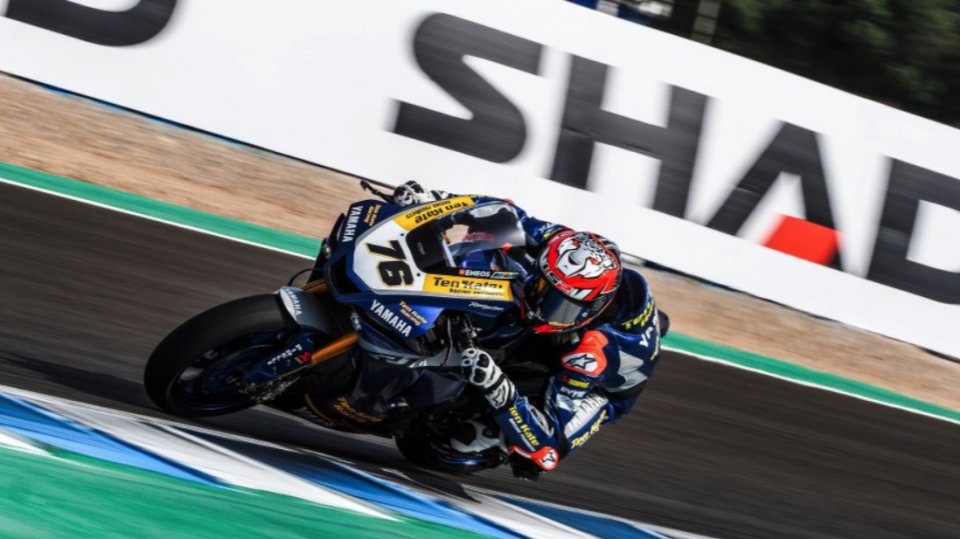 Superbike is back. Today, in fact, at the Jerez de la Frontera track, the production-based racing series took to the track for the second round of the season, the first after the stop for Coronavirus. This morning, in FP1, it was Loris Baz on the Yamaha of the Ten Kate team who set the quickest time and then held on to that in the combined standings at the end of the day. Loris, how good is it to get back to racing?

“After watching the MotoGP races of the past weeks, it is really nice to be back on the track as well. The Barcelona tests were really useful because in hot conditions I was suffering and so we tried some new things on the bike this morning and they worked ”.

The new things helped you to set a really good lap time, you are the best in the combined standings...

"Yes, that's true. But in fact, they are new things developed for the race. Today I worked a lot with used tyres, both in the morning and in the afternoon and my pace was good, as well as my feelings on the bike were good too ".

You also had a technical problem this morning that didn't allow you to finish FP1. What happened?

“We still don't know exactly what happened. It is probably something to do with the new engine, which gives us a little more power but that on a track like this does not make a big difference. I am happy that it happened in FP1 and not tomorrow ".

How did you find the track? Will the heat greatly affect race performance?

“I expected there to be worse grip than this; the tyres wear out quickly, it's true, but not as quickly as they did in the Barcelona tests. Here the problem is when you follow another rider, it seems that there are 40 degrees more ".

The 2020 Champion bade farewell to the Honos Superbike Championship by taking wins #15 and 16 of the season. For Lorenzo Zanetti a second and third...
16 hours 5 sec ago

“I wasted too much time with Zarco, but Johann wasn’t smart because he let Mir break away and slowed me down.”
1 day 10 hours ago

PHOTOS - The KTM rider will have to serve a Long Lap Penalty in the next race, same penalty for Daniel in Moto2
1 day 12 hours ago

Increased penalties, but only in the cadet class, for those who slow down on the track: ranging from a Long Lap Penalty to being excluded from the...
1 day 22 hours ago

"The second tyre had no grip in qualifying. I didn't help Dovizioso, there was nothing planned, he was just behind me”
2 days 15 hours ago

“If he keeps the same pace of the FP1, he’ll win with eleven seconds of an advantage, but nobody asked me anything, and I wouldn’t do it either way....
2 days 17 hours ago

On the day of the announcement of his move to Moto2, the 2020 Champion obtained yet another pole of the season, distancing his rivals by more than a...
2 days 20 hours ago