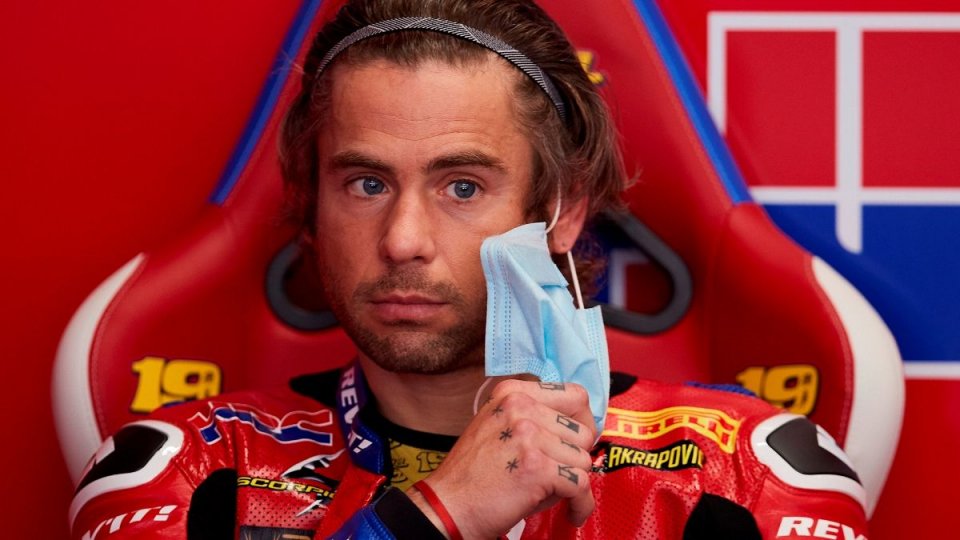 What should we expect from Honda in Jerez? The question is open. The Spanish track does not hold any secrets for Alvaro Bautista, who intends to give the team a positive test on his home track. Last year it was the #19 who stood out on the Iberian track, conquering the win in Race 1 with the Ducati.

However, a lot of things have changed in this year and a half, since ‘Bau Bau’ has left the Rossa of Borgo Panigale for a new project, even if his ambitions have remained unchanged. Despite the difficulties encountered in the opening round in Phillip Island, where he remained off the podium, the HRC rider is now aiming to change the script…

“I arrive confident at this appointment - Alvaro said - after the Barcelona and Aragon tests I have to say that my confidence with the bike has improved, just like my competitiveness as shown in Australia. I think that in the last time out, at Motorland, we made an important step forward. "

What should we expect from Bautista?

“I'm not here to aim for a determined result, but to further improve the bike. This is currently our goal to focus on and therefore the way forward. It will be strange to race without a crowd, but these are the new dynamics we have to live with ”.

Honda, however, pays you for the results, that’s what they want…

"That's true, but one thing goes hand in hand with the other. If you improve the bike you have a better chance of doing well. My priority now is performance and not the result. It matters little to finish fifth if you then finish a lot of seconds behind the winner. I say this because in the end this is my way of thinking ".

What happened during the Barcelona tests, where were you all in the morning?

"You have to ask HRC, they will tell you all the details (smiles)".

Alvaro: where, how and how much has this CBR 1000 RR-R improved?

"I have to say that we worked mainly on electronics, trying to find better performance. We then concentrated on the geometries, especially regarding the front, where I suffered at the start of the Championship. There have been radical changes from Australia, since until the Phillip Island event we didn't have much time to work on the Honda. "

What level have you reached now?

“At Aragon I finally had the feeling that the bike was mine, I mean I had it in my hand. I say this because the changes made have given me confidence and this pushes you to be fast without having to try. As said, initially I was struggling at the front and with entering the corners, but now I feel more confident. "

At Jerez it’s going to be a scorching weekend. Did you get to talk to any MotoGP riders?

"I didn't speak to anyone, the only one I spoke to was Marc, to whom I wished a speedy recovery. These conditions are not new to me, however, since in the past I raced at Jerez in the Spanish Championship in this heat. "