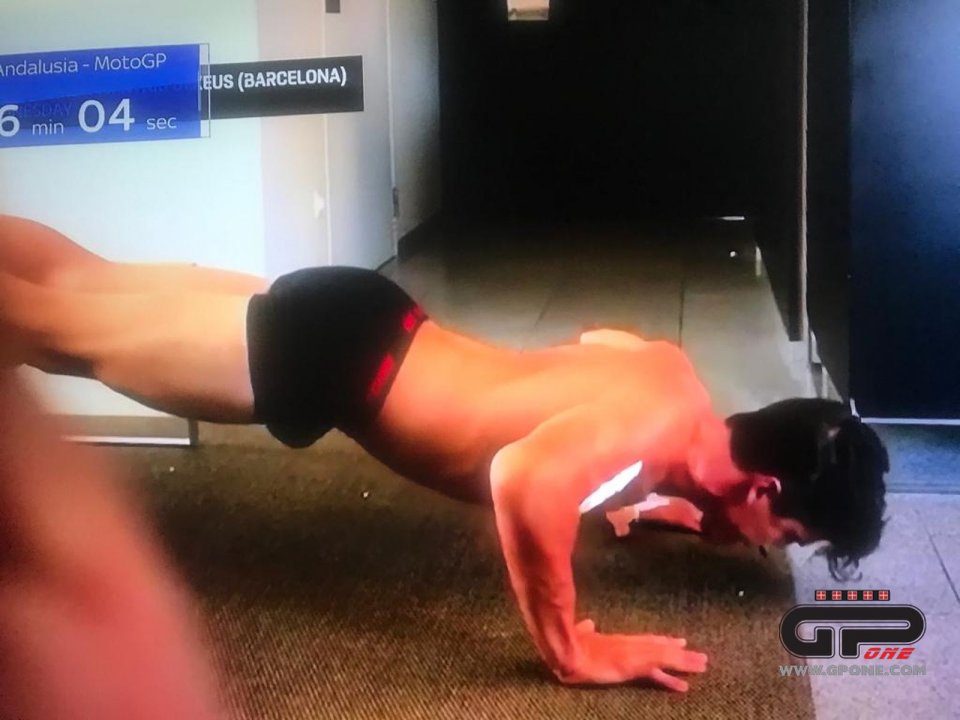 They photographed him probably because the doctors in charge of the medical center in Jerez didn't believe their eyes: here is Marc Marquez while he is doing push-ups during the exam to be declared 'fit to race'.

During the week there were fake pictures of the fracture of his right humerus, but these pictures are true and show us what the eight-time world champion is made of. Doing push-ups after a right arm humerus operation must not have been easy, and it certainly wasn't painless.

After all, Magic Marc himself confessed it, saying that the doctor "was mean to me by making me do 20 push-ups on the floor".

The Spaniard then showed great maturity by giving up the feat, which was already done anyway. And seeing these photos there are no more doubts!