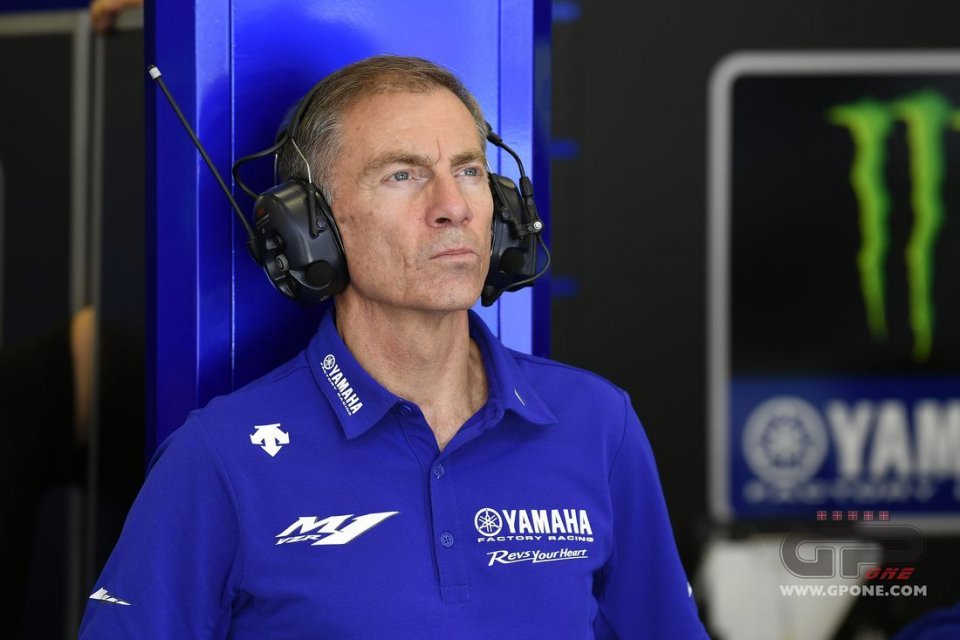 Satisfying all the riders is never an easy task, especially if we're talking about one of the most important factories in the world, in the most important championship on two wheels in the world. Lin Jarvis knows it well. Before celebrating the all-Yamaha podium today, he had to deal with Valentino Rossi who bluntly accused Iwata of not believing in him, and of hampering some of his changes related to the setup of his M1.

“We have four riders with similar set-ups," Jarvis explained in an interview with Sky. "But Vale has always had problems with the tires and grip. After the difficult last weekend, he thought it was better to make changes, so he pushed to change the set-up and use one from the past, although now we're dealing with different tires and a different bike."

A situation in which Jarvis had to mediate, trying to match Rossi's ideas with those of the Japanese engineers.

"Managing these situations is not easy, because the Japanese engineers have a lot of data from which they draw their assessments but, in the end, Vale's insistence in this sense paid off. Usually, the engineers have a lot of data to follow but, at the same time, they have to listen to the riders. The situation becomes more difficult when you have several fast riders and one who wants to change things, since this leads to an additional arduous job to manage."

Another sore point for Yamaha's Managing Director concerns the reliability of the engines, with Franco Morbidelli forced to say goodbye to the race due to a mechanical problem.

“I'm sorry for Franco, since he was doing an excellent race before the technical problem. We lost three engines in two weekends, so we're worried, but we also ended two excellent weekends with many Yamahas on the podium. We have to first understand if the problem is always the same, and then find a solution."

As was mentioned, however, Yamaha can also and above all celebrate, after an all Italian podium that (these days) is a rarity. "We're happy for this start of the season. It's a good sign, also in view of the future, especially with regard to Quartararo's results."

Rossi more optimistic for Jerez: "I have to return to the top positions...