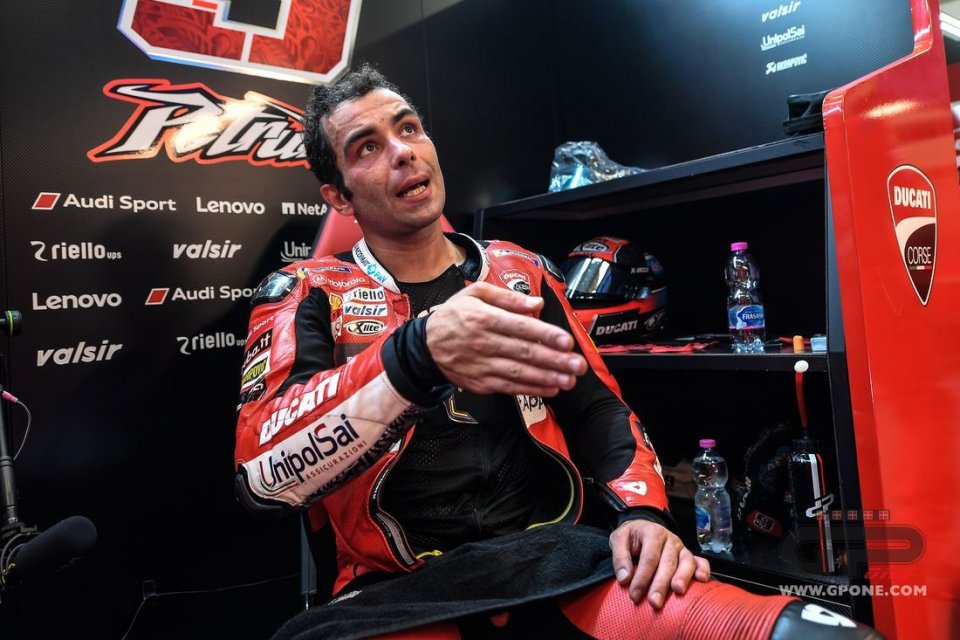 Just one look at Danilo Petrucci's face and you can understand the difficulty he had in qualifying. Slightly less than Dovizioso (11th instead of 14th), but in some cases the disappointment is total. Even more so, if you think that with the same bike Bagnaia will start from the front row tomorrow.

"This morning didn’t go badly, but in the afternoon the temperatures rose and we had the same old story – said Petrux - With the heat the grip decreases and I can't stop the bike, I don't have any speed mid-corner. Furthermore, in qualifying I wasn't able to make a perfect lap and I also had some problems with the second tyre ".

In one word… However, the difference in performance between the GP20 of the factory team and those of Pramac remains unexplained.

"What I can say is that we tried a lot of different things on the bike, but none were a real improvement - he continued - We take one step forward and one backward, the 'blanket' is short. Pecco was very, very fast, that's a good thing, but I'm not. We can't understand why the new bike doesn't behave like last year's. Bagnaia manages to enter the corners quickly, I don't, I can't stop the bike with the rear and if I put more force in the braking, I only put the front tyre in crisis and I risk crashing, I'm already at the limit ".

"The Desmosedici doesn't have a consistent behaviour - he explained - and, as I said, I can't use the manoeuvres I used last year to be fast, I think for Dovizioso it's the same. Surely the new Michelins have gone in a different direction from ours and now I am faced with a limit that I cannot overcome. We have problems to solve with the engine braking, the bike does not do the same things every lap ”.

Could looking at the data of Bagnaia and Miller help?

"Of course ‘ve done that, it’s not me who says that they are faster but the stopwatch. Maybe it's also a question of sensations or riding style, we will have to see. Tomorrow I expect a difficult race, like the one last week, I will have to try to make a good start and then adapt. We tried a lot of  things, but none really worked. "