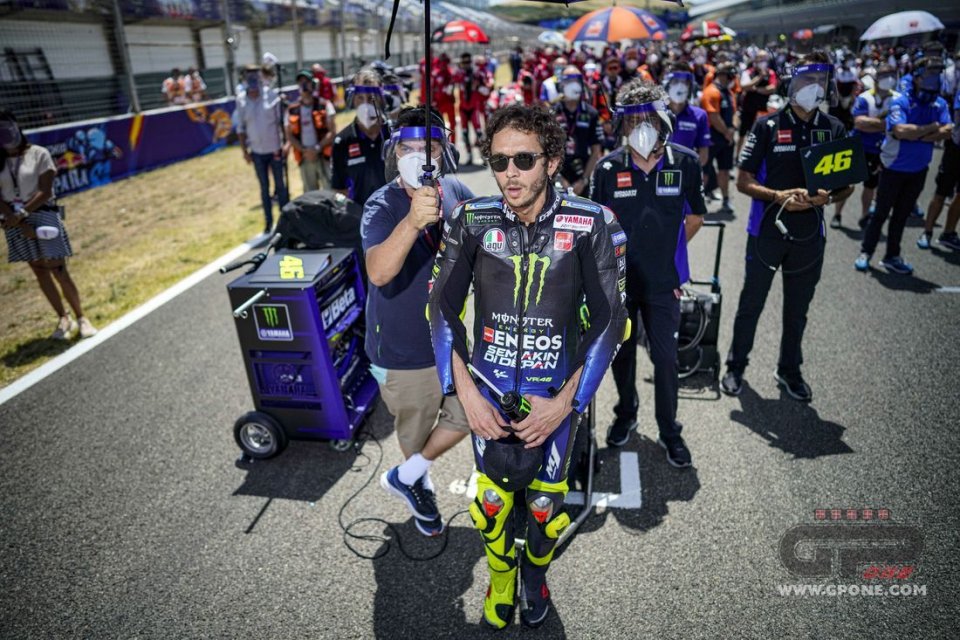 That things are going better for Valentino can also be seen from the background with which he presented himself in the virtual meeting. After the beach and the Ranch, the Monster Girls were in full force to keep Rossi company. "When you are fast, then everything is better" he joked after 2nd place on the first day of free practice. 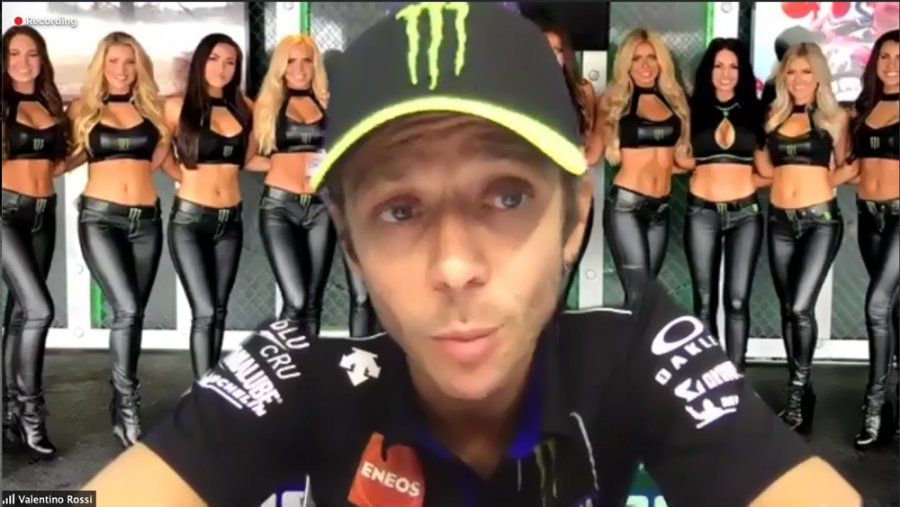 A change from day to night compared to the results of a few days ago, always at Jerez.

"It was very difficult last weekend - the Doctor said - I went quite slowly, so we tried to change the set-up of the bike and I felt immediately better, both over the one lap and on the used tyres".

Even in the heat of the afternoon?

"When the temperatures went up it was a bit harder, but it is also true that in FP2 I always rode on used tyres. Furthermore there are still two or three points on the track where I am not fantastic, I can improve. "

Why didn’t you think about these changes on the M1 before?

Have you finally taken the right path?

“Arriving from a frustrating weekend, when I realized I was going slowly, I was in a situation similar to that of some races last year, such as Aragon and Motegi, for example. I can be more competitive than that, I hope to be on the right track, for sure now I am more optimistic ".

How much for Sunday's race?

“In the afternoon, the conditions were difficult for everyone and in the race, they will be even more difficult. As I said, I suffered, but we are only on the first day and my pace was in line with that of the best guys."

What are the next steps?

“First of all, it will be crucial to stay in the top 10 tomorrow, that will be the first problem, then there will still be work to be done. I know there are points where I can improve. "

Many riders tried the medium tyre at the rear, will it be an option for the race?

“The choice will be more open, between medium and soft, it will depend a lot on the various riders and the various bikes. For me, however, the most important thing is the sensations in the saddle and now I ride better. It will still be difficult because many riders proved to be fast. "

Today the new rule on the yellow flag was put into practice, when it is out the lap is cancelled. What do you think about that?

"The idea is good because it improves safety, but it will certainly lead to controversy and problems. It will be more difficult to manage. "

Don't you think someone will get smart and try and cause a disadvantage to their opponents?

“As I said, everything becomes more complicated, if you lose the first lap, on the second the tyre suffers even more. There is a risk of someone stopping on purpose to have the flags come out, but here we are talking about safety and we must hope that everyone plays clean. "

In addition to Donington Park, the BSB riders will be in action in three further practice sessions at Silverstone, Snetterton and Oulton Park before...
22 hours 54 min ago

In Qatar, the first day of the Sky VR46 Avintia team rider in a selection of images on and off the track
23 hours 16 min ago