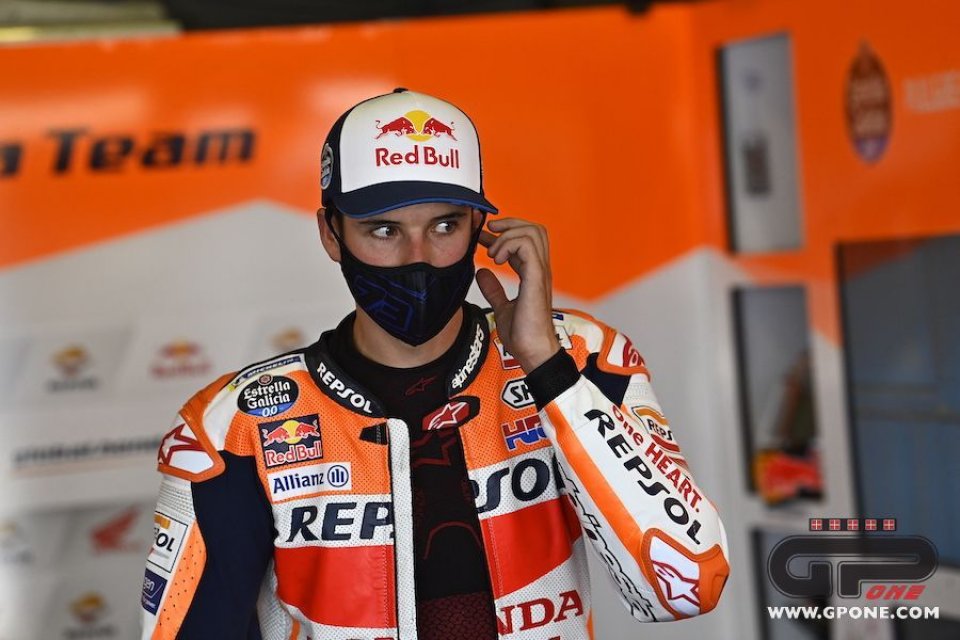 Everyone's attention was on the post-GP in Jerez last week, focusing on Marc Marquez's fall and consequent injury. And, in HRC headquarters, all eyes were also on #93, who underwent surgery on Tuesday and who has already returned to the circuit today, in order to undergo check-ups, with positive results: Marc Marquez will try to race.

On the other side of the garage was Alex Marquez, who raced his first MotoGP race on Sunday and who, inevitably, saw all attention focused on his brother.

“All riders want to return as soon as possible from a fall," Alex said today. "If it had been impossible, he wouldn't have done it, but he saw several possibilities and returned here. That's how riders think."

Have you heard from him these days? Have you had the opportunity to talk about the surgery and the fall?

“Yes, he called me often and explained everything that was going on. The injury was severe but, fortunately, it did not affect the nerve, which is most important. On Monday, I was amazed to hear him already thinking about Sunday's race  and we also talked about the fall. That's a point where it's easy to make mistakes, a difficult corner."

Your brother flew to Barcelona while you, like the vast majority of the riders, stayed in Jerez. How have these days of waiting been?

“Pretty quiet, I have to say. I recharged my batteries by relaxing a bit and going bike riding. It's important to stay focused because we have the opportunity to race again on the same track, and it'll be interesting to see the improvements from one week to the next."

Have you worked these days in anticipation of Sunday's race?

“Yes, I can improve, but I don't think I'll do something incredible, because the bike and tires are the same as a few days ago. Yet, with knowing what hasn't worked and what has gone well, I can improve. We're working on the set-up with the team. I lag behind in the first and last five corners. I'm working a lot. During these days, I've seen videos and reread the race data. There are lots of people ready to help me on the team, especially Alberto Piug and Emilo Alzamora."

Bennetts will remain the BSB title sponsor for another two seasons, while Pirelli will continue to supply the tyres until 2025
3 days 16 hours ago

The decision was reached because the races are concurrently scheduled with the World Endurance Championship in which Mike di Meglio races.
4 days 17 hours ago

The young American rider will return to the UK domestic championship with the PTR team. Riding the brand new 765, he will have the opportunity to...
6 days 13 hours ago

He won two world titles with the Kreidler 50, losing one title to the Spanish star in a points draw
1 week 23 hours ago