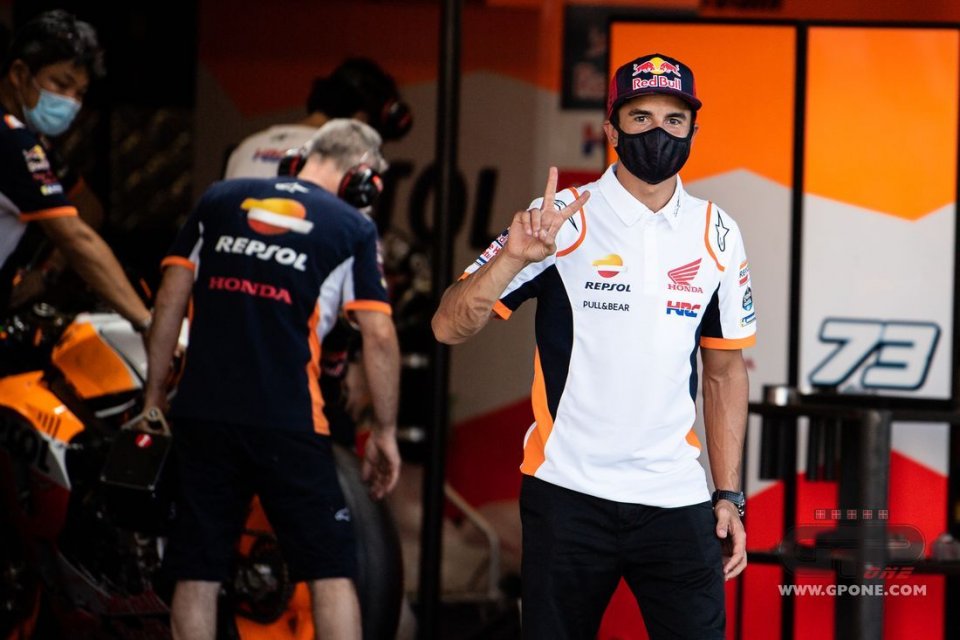 Why did Honda decide not to replace Marc Marquez this Sunday at Jerez? Test rider Stefan Bradl is in Spain (as commentator for the Austrian broadcaster Servus TV) and it would have been easy to put him on the bike, but instead it was decided to leave the RC213V of the Spanish champion in the box.

Marc was successfully operated on by the team of Dr. Xavier Mir and, most importantly, the doctors found no damage to the radial nerve, which would have greatly lengthened the recovery time. At this point, with the fracture reduced and fixed by a titanium plate, the only thing to do for Marquez is to have the patience to wait for the bone to get better.

Patience, however, doesn’t form part of the vocabulary of motorcycle racers, who have often shown that they race even when the basic medical norms say that it is impossible. Just look at the case of Jorge Lorenzo who flew to Barcelona from Assen in 2013 to have an operation on his left collarbone, which was fractured in the second free practice session, and then reappeared at the start in the race, 36 hours after surgery, finishing 5th.

Marquez is also thinking about something similar. Emilio Pérez de Rosas, one of the journalists closest to Marc, has put forward this possibility from the columns of El Periodico.

The champion knows very well that missing Sunday's race would mean making it very difficult for him to defend his title, above all because it is a different championship than usual, much shorter, with just 13 rounds and missing two is a tough blow for everyone, even for the Martian from Cervera…

Being able to go out on track and limit the damage as much as possible could make the difference in the overall standings. As we showed in our analysis, Marquez's speed at Jerez last Sunday was impressive. In these cases it is said that a rider could win with one arm tied behind his back, if Marc raced on Sunday he would actually be in those conditions; victory would be impossible, but to get into the points no, maybe even get inside the top 10.

The fact that they are racing again on the circuit named after Angel Nieto would surely be an advantage: the Honda rider and his team already have all the necessary data and an excellent base, without having to experiment or have to find the right set-up.

Not only that, Marquez would also have an opportunity to miss Friday, in order to save energy and take fewer risks. In this way he could get on the bike on Saturday morning to check his condition, and then take part in two free practice sessions (FP3 and FP4) and qualifying.

At any rate, it would be complete and utter madness, but not as crazy as many other things that we have seen…

For now, though, it's just an idea. After the operation Marquez is being kept under observation by the doctors and only if his physical condition is good would they allow him to leave the hospital and reach Jerez, where he would still have to undergo a visit to the circuit doctors.

A fracture in the humerus is different from one in the collarbone, especially because it is the right arm that controls the gas and brake. It would be an impossible task, but maybe it’s exactly for this reason that it attracts Marquez so much…