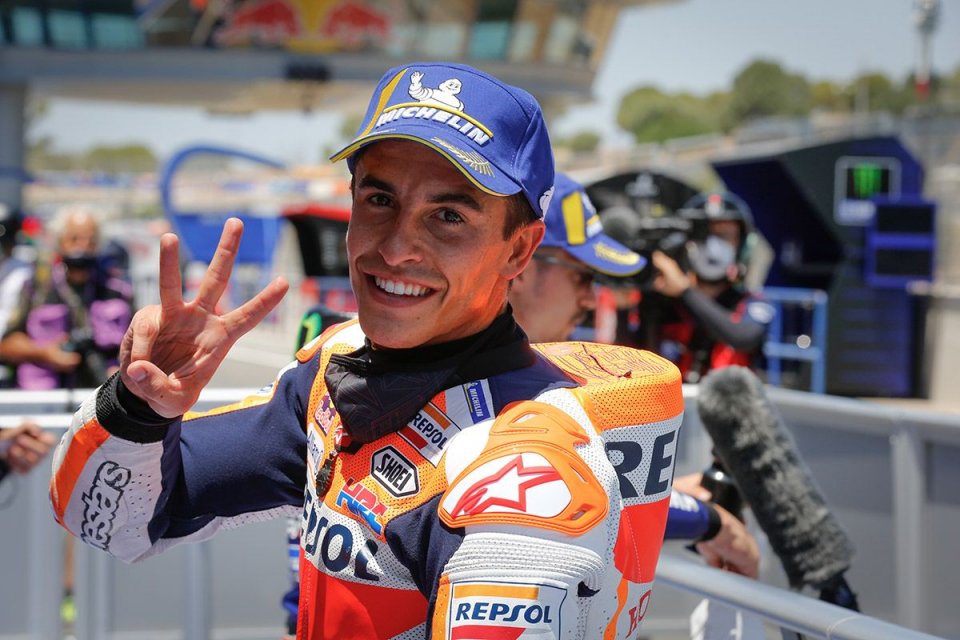 Excellent news from Spain, obviously regarding Marc Marquez and the injury he suffered in Jerez. The Spanish champion underwent surgery this morning to reduce the fracture in his right humerus. The risk that there could have been an involvement of the radial nerve was completely forestalled, allowing Marquez to breathe a sigh of relief.

To speed up recovery times, a plate was inserted that will allow the three fractures to heal more quickly and, at this point, the goal is be to be able to race in Brno, in the Czech Republic. The third stage of the 2020 World Championship will be held on August 9th. Marquez will do everything possible to be there and not miss the opportunity to be the star of this World Championship as well.

Marc sent an optimistic message through his social medial networks and, fortunately, it was confirmed today. The Spanish rider will be starting a real race against time and, as we saw in Jerez, being left our of the fight fro the title is the very least he can do. His opponents will be able to take advantage of his absence in Jerez and try to get a leg up in the standings. But if Marquez were to already return in Brno, and even if he's just partially as fast as he was in Spain, we'll definitely see some fun.

The Spanish rider will not easily abdicate and, in the past, he's already shown that he loves demanding challenges. Fighting for the World Championship after losing two Grand Prixs and probably having to race at least a third of them in not very excellent physical conditions, represents yet another challenge for Marquez.