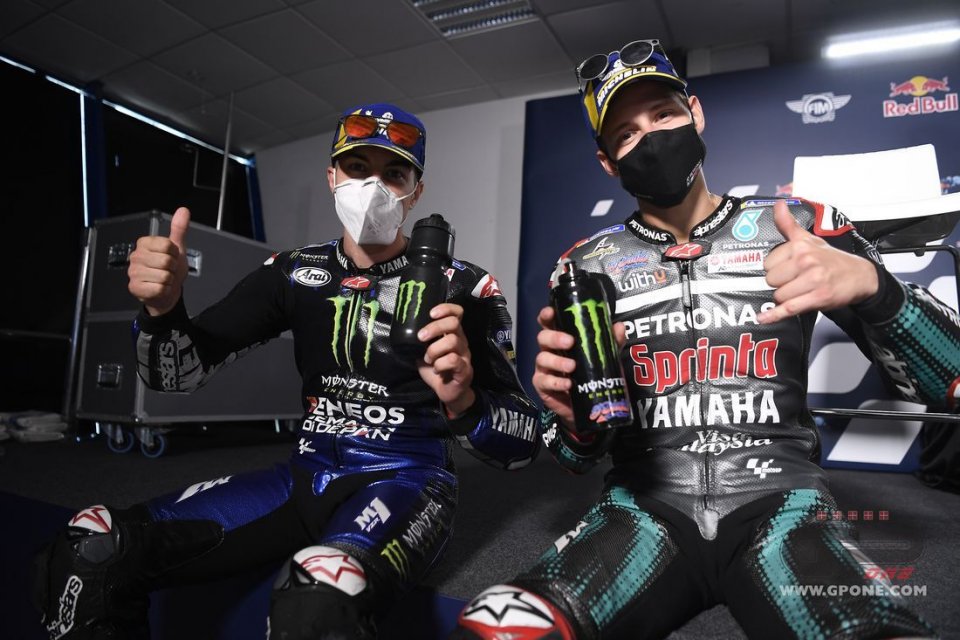 The rise and fall of Marc Marquez and Honda at Jerez, a two-part opera that failed to end happily. The Martian from Cervera showed his entire best repertoire, including rescues and overtaking moves. At the highest point of his extraordinary race, came the fatal mistake that will cost him (certainly) an operation and (perhaps) a few races at home.

Without the Great Dictator, the Yamaha revolutionaries carried out their coup d’etat, with Quartararo leading the revolt and Vinales his partner in crime. Dovizioso also had the last laugh, taking his Ducati to a podium that has always been a mirage in Jerez, with Miller and Bagnaia confirming the progress of the men in red.

Waving the tricolour flag in Moto2 was Luca Marini and Tony Arbolino went close to hoisting it in Moto3. In a few days we start again, same track and same heat.

THE GOOD - The embrace between Luca Marini and Valentino Rossi was loved by everyone, fans, mothers and grandmothers alike. But now that's enough of talking about him by always remembering his kinship. Luca has shown that he can walk perfectly on his own two feet, he won with intelligence and maturity and we know that the right wrist that he used is his. Maybe he won't find a place in MotoGP next year, but if he continues like this it's only a matter of time before he gets there.

THE BAD – You can’t expect justice time to be as quick as Quartararo in qualifying but there is a limit to everything, which has been abundantly exceeded. Andrea Iannone was not at Jerez but above all it is not known when and if he will ever return. Months are passing and all the CAS has done is issue a few lines to say that they know of the existence of the Aprilia rider. It is not clear whether he needs to be heartened by this.

THE UGLY - Marc Marquez's tears weren't for joy, yet he would have deserved them. His rescue and comeback was something extraordinarily rare, even from a phenomenon that has come from Mars, but his crash brought him (crashing) down to Earth. It’s easy to do one thing and explain how to manage a race, but (almost) nobody has the titles to do it. Marc is like that, take it or leave it, and that's why everyone likes him.

THE DISAPPOINTMENT - It is not nice to find out that you are the weak link of the Yamaha squadron. Three M1s in the top 5, with a brace on the podium, but Valentino was not there and he has never had a whole weekend spent fighting with the rear tyre. That the problem is his (as he candidly admitted) was proved by the track, that he has the ability to solve it is a declaration of trust he deserves. Rossi will continue to race, but he can’t race like that ever again.

THE CONFIRMATION - After the Fall of the Bastille, the French celebrated the taking of Jerez, an undertaking achieved by just one man. Fabio Quartararo is the new national hero and deserves all the praise. Last year he had wowed, yesterday he convinced and it was not a foregone conclusion. He gave Petronas its first victory, which went hand-in-hand with that of Hamilton in Hungary, so he is also a national hero in Malaysia.

THE ERROR - Weeks spent repeating that there would have been a lot of mistakes in 2020, but these days the doctors have had more work to do than the mechanics in MotoGP. First Rins, then Crutchlow and finally Marquez, for an infirmary of fallen stars. Between saying and doing there is an abyss, but above all the asphalt of Jerez.

THE SURPRISE - KTM had never really been that convincing, either with its choices of riders or for the technical ones. The times set in testing seemed the classic flash in the pan, instead there are some burning embers under the fairing. Perhaps in Austria they are already regretting losing Pol Espargarò, and who can tell if the sentiment is mutual. The Spaniard came within a few tenths of the podium, Binder as a rookie earned his promotion. One swallow does not make a summer, but a good result helps with morale.

THE PASS - Not just one but many and all simply embarrassing for those who suffered them. Marquez's comeback was a riding lesson to all the others, who appeared to be amateurs finding themselves by chance in a real race. The only one who tried to hold him off was Miller, so hats off for his commitment. 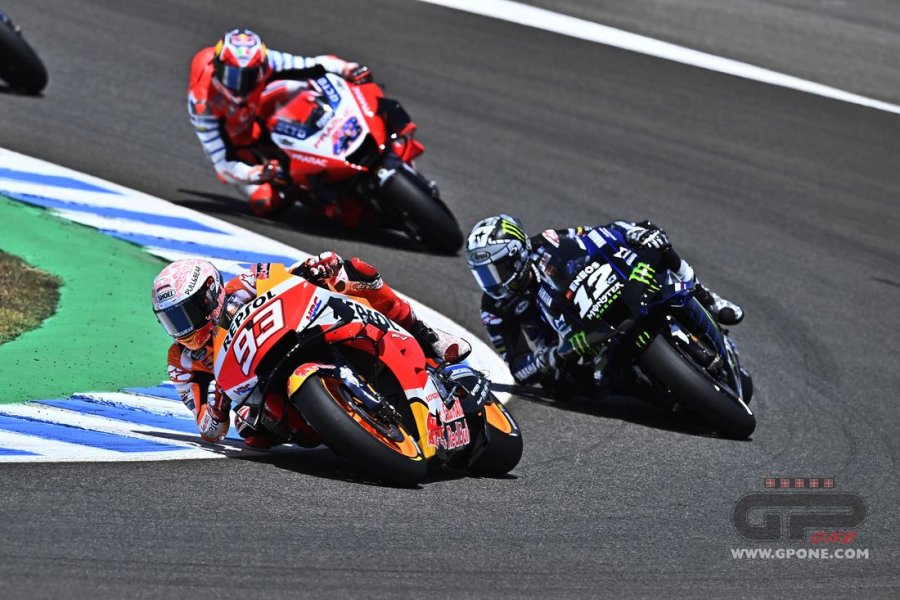 THE CURIOSITY - After some time, we are back talking about Japan, but not only because of the nationality of the bikes on the track. The riders are returning from the Land of the Rising Sun. Nagashima is in charge of the Moto2 World Championship, Ogura 2nd in the Moto3 World Championship. Banzai!

I TOLD YOU SO - "I’ll qualify on the front row, start well and set my own pace" were the three points of Maverick Vinales' strategy, which he announced and then put into practice. However, he forgot one phase, the most important one: choosing the right tyre.