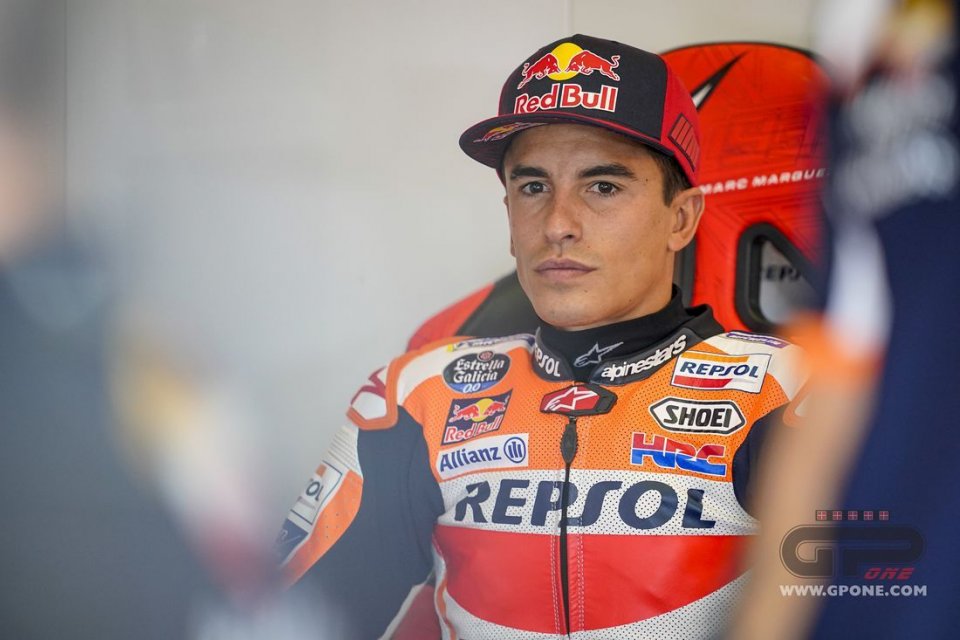 Marc Marquez arrived in Barcelona today, and he'll undergo surgery tomorrow for the fractured humerus of his right arm, which happened yesterday in a terrible fall during the Spanish GP. However, it's not so much the bone that worries the doctors but the possible involvement of the radial nerve, which has the function of extending the wrist and fingers. Yesterday, the doctors weren't able to understand if actually has been compromised but, between today and tomorrow, they'll certainly have an answer. Also, if the nerve has been damaged, recovery times could be very long.

Yesterday evening, Marc was optimistic on his social profiles and promised to return to racing soon. But when? It's practically certain that the world champion will have to miss the GP in Andalusia, scheduled in Jerez this Sunday, but there's hope for the GP in the Czech Republic on August 9th. Doctor Xavier Mir, who will perform the surgery tomorrow, told Radio Catalunya: “The goal is for him to return to Brno.This is a serious injury, and Jerez is out of the question. If the nerve has not been compromised, we can stabilize the fracture and Márquez will be able to return sooner."

And what if it were? "It would take three or four weeks longer," the doctor answered.