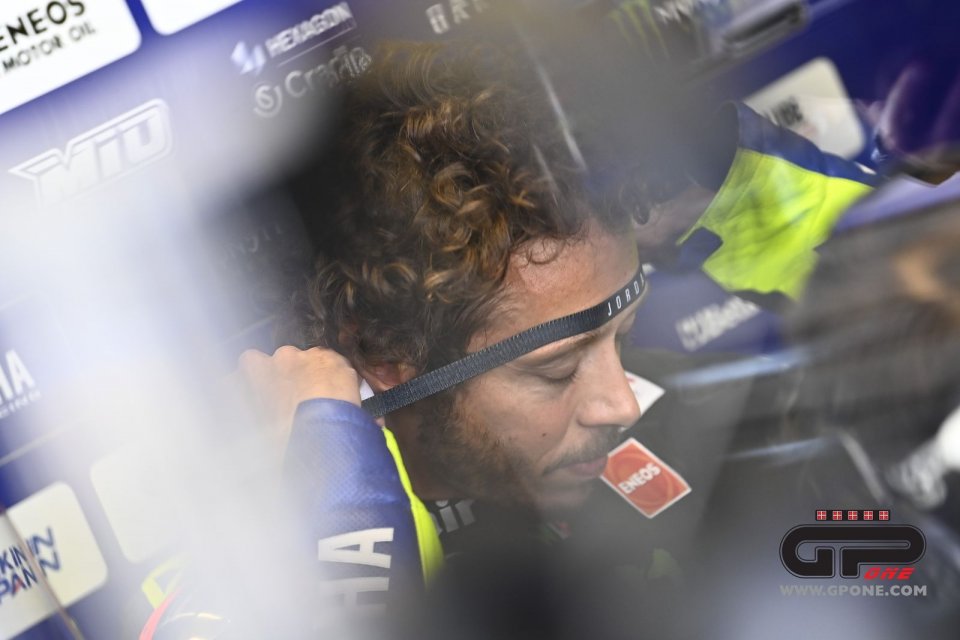 Starting from by the ninth place on the grid due to the absence of Crutchlow and Rins, Valentino Rossi was unable to take advantage of his row 3 position, losing a place at the start and then making up two over the laps, but he never went any higher than eighth. He then retired on lap 18, when he had already dropped down to tenth position.

A race to forget, therefore, for the Italian: never in the hunt and totally anonymous, competitively speaking. Unfortunately, we have not been able to measure his pulse because, being so remote from the riders, it is difficult to understand his tension and mood. But, while his ability to smile remained intact, he did not appear to us to be in Full Metal Jacket mode.

Starting with a DNF in such a short and concentrated championship is not the best result. However, it’s better to have a smile on your face than travelling to Barcelona waiting for an operation, as happened to his arch-rival rival Marc Marquez.

“For some reason we don't make the tyres work well. I have a lot of problems - this time he began in Zoom with the background of an empty hospitality - Everyone chose the soft tyre at the rear because the hard one has less grip. For the front I wouldn't say I gambled, both Maverick and I chose the soft tyre. My problem was behind. We should change something next week because it's been a problem I've always had. I retired, however, because I got a red warning light on the dashboard, and in these cases, you have to stop ”.

On lap 17 Vale was already 17 seconds down on the leaders and had been passed by a rapidly-recovering Marquez after his off-track excursion on lap 13.

"I was really slow, I was in difficulty, he passed me easy - he explained, and then added - I got behind him, it was not to get in the way: he had a better pace than mine".

The problem is that the other Yamahas had a better pace, as well as Marquez.

“The top 3 rode well, right now they are on another level. I mean Marquez, Quartararo and Vinales - continued Rossi. When asked about Marquez's championship he replied on the basis of the little information in his possession - "Now we have to understand what happened to Marc, because the championship is short. Maverick and Fabio are favourites? I wouldn't forget Dovizioso: there are a lot of favourable tracks for the Ducatis ".

A correct analysis, because the Desmosedici will be favoured on the fastest tracks. While the Yamahas, as the French rider who won his first Grand Prix also said, suffer a bit in the straights and in acceleration.

At this point, one wonders if Rossi can get help from his brand-mates by looking at their data…

"It is always interesting and we can see it, but at the moment their data will not save us. As for riding style I am quite similar to Franco, but I am also 10 cm taller and heavier. At the beginning he too was in a bit of a crisis, then he went better, and finally he had some problems again. Maybe he could even had made the podium. However, the others make the tyres work better, which remain longer in their range of use, and we don't understand why. Today, however, it was really difficult also because it was very hot, both for the tyres and for the riders".

The closing questions were again about Marquez's mistake: can it compromise his world championship?

"Had he only scored no points it would have been different; there is a big difference especially because he got hurt. We will have to understand how long it will take him to return. The front had already closed once in the first phase of the race and he saved it, then he recovered but when he got behind Vinales he lost the rear in a point where he is going strong. Now it is difficult to say anything. Quartararo, Viñales, but also Dovizioso have a great chance. IAs for me, we will definitely try again next week. " 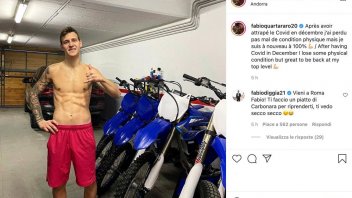