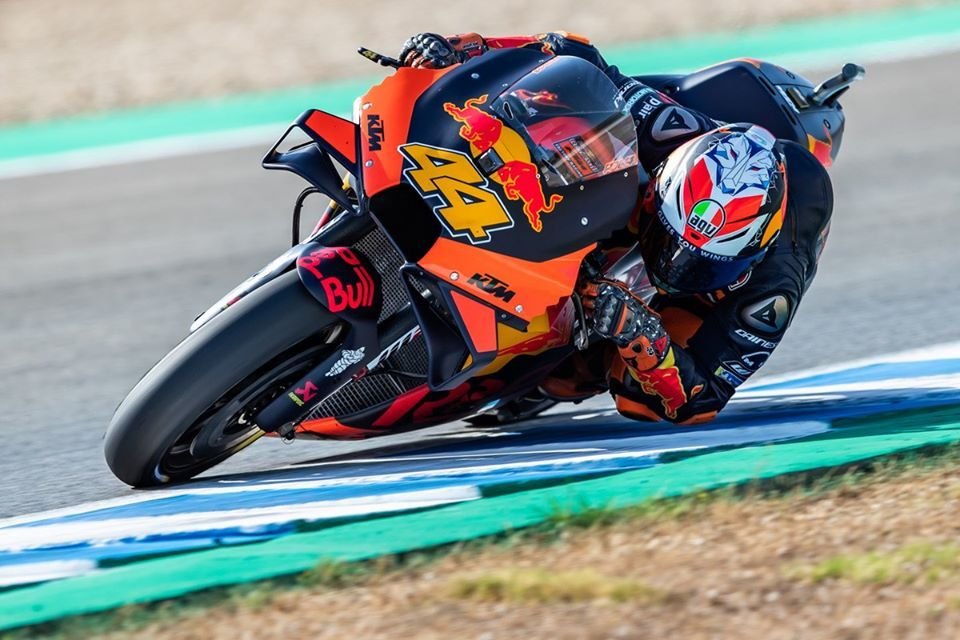 Among the many themes that emerged from the first race of the season, a special mention must surely be made of the KTM, which with Pol Espargarò on board has certainly proved to be a bike capable of fighting for the positions that count. A fifth place for the departing Espargarò in fact has great significance, given the difficult conditions of the Andalusian track, as confirmed by Pol himself.

“I am really satisfied with my race - he said - even though a rider always wants more, considering that I finished one second from the podium. In one moment of the race I thought I could catch Vinales but passing a factory Ducati was an almost impossible mission. I had some problems with the tyre pressure and being behind Dovizioso made the situation worse: I could not stay completely in his slipstream, so to pass him I often had to brake later, ending up more or less wide. Other than that, scoring a result like this on a track like Jerez and in this heat is an excellent result ”.

The transformation of the KTM is almost complete, and to arrive at 100% only one aspect seems to be missing, which it shares among other things with Yamaha, namely top speed.

"Currently we are only missing a little bit of top speed, something that becomes clear when you go up against a Ducati. For the rest, the bike has really improved from all points of view, today we were at the level of the best, in some cases even higher, as demonstrated by the good races of my fellow KTM riders: I tried to pass those riders close to me because I felt stronger. In the case of the Ducati only the top speed penalized me, while as for Yamaha I felt I was faster than Morbidelli ".

Pol for his part is starting to get used to the new level reached by his bike and he promised battle for the future.

"In the past I rode conservatively when I found myself behind a top rider, so as not to lose ground, and I did it even today in the early laps. Later on, however, I stayed there and I realized that I was even faster, so I was able to fight with Dovizioso and the others throughout the race. Going back, perhaps I would have been more aggressive in the early laps considering our potential, but it is difficult to understand these things before ".

In conclusion, there is also room for a thought on his future as a team-mate to Marc Marquez, who today was protagonist both for better and for worse.

“Marc was really fast today, but the risk of crashing was very high. In the first few laps it looked like he risked crashing a lot, and unfortunately for him the crash came later. Races are also like this, and in such a championship you have to risk as little as possible, but this is Marc and those people who say he risks too much do not know anything about motorcycling, because that’s the way he has achieved all his results ".