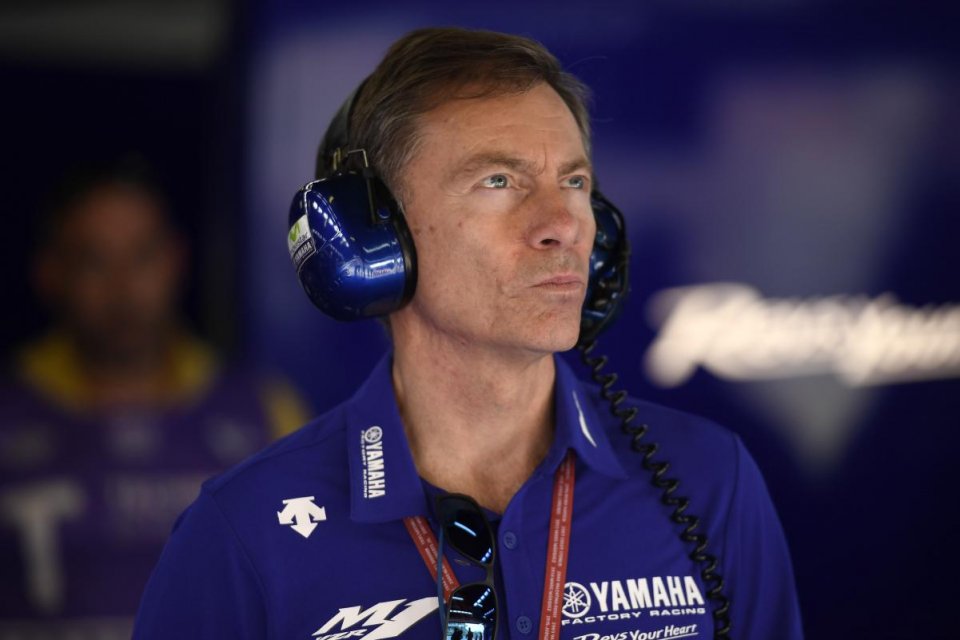 The first race of the season gave Yamaha many joys, but also some pain. For a Quartararo and a Vinales on the podium there's a Valentino Rossi forced to retire and, until then, he's the protagonist of an lackluster race, in contrast with the excellent results of Iwata's bike on the Andalusian track. For the moment, however, the cause of Rossi's withdrawal is still unknown, as confirmed by Yamaha's Managing Director, Lin Jarvis.

“Valentino had grip problems from the beginning," Jarvis explained to Sky reporters. "And when the rear tire started to deteriorate, things got worse, making riding very difficult. The bike later had a problem, the cause of which we still have to understand, and his race was over."

We obviously have to also talk about the excellent placings obtained by the other Yamaha riders, starting from Fabio Quartararo's first success.

“It was a strange race, where Marquez really showed a great pace. Unfortunately for him, too much at the end. The first victory is always something special, and I'm very happy for Fabio, who has brought France back to the top step after twenty years. It is certainly a good sign in view of the future, given that he'll be on the official team next year."

From a championship point of view, the second place obtained by Maverick Vinales is also very important. He has repeatedly confirmed the greatness of the new M1 project.

“Maverick had to fight with the tires, especially the soft front, which often made the braking phase difficult, but he was good at handling the situation. The bike, in general, has improved.We can be competitive everywhere and fight for the title, but things can obviously change from track to track. For example, we know that Austria is a difficult track for us."

he French rider in his career has raced in SBK, Supersport, 250 and even the Dakar, now he wants to test himself on the Isle of Man
2 days 14 hours ago

The young, almost 20-year old, Storm Stacey will be racing in the British Superbike 2023 with the GR Motosport Kawasaki team for his fourth...
3 days 12 hours ago