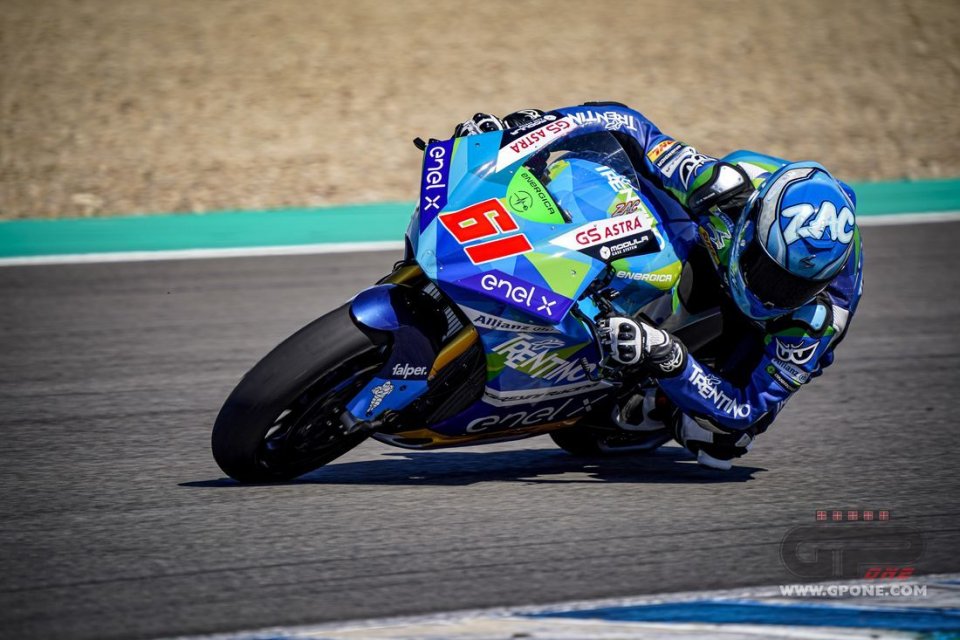 Another fire in the MotoE paddock, although this time without any serious consequences. According to reports from Speedweek, it was Alessandro Zaccone's motorcycle that caught fire in the night, but the flames were promptly put out by the staff and no serious damage appeared to have occurred.

The dynamics of the incident are unknown, but the Gresini team rider in yesterday's tests had suffered a crash so the accident may have caused the problem with his Energica.

However, it was a small-scale fire, nothing to do with what happened last year in the pre-season tests at Jerez, when the entire MotoE paddock went up in flames, including the bikes and material, so much so that the championship had to be postponed.

Also at the Red Bull Ring, again in 2019, another accident had occurred, with the bike of Niki Tuuli going up in flames while it was charging.