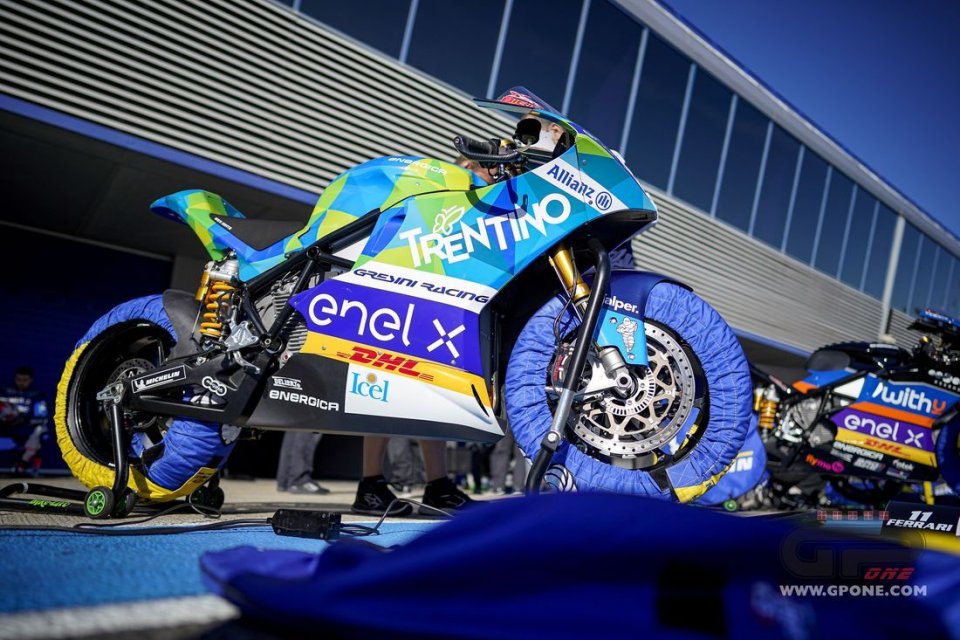 Energica wanted to clarify what happened yesterday to the bike of the Gresini team MotoE rider, Zaccone. The firefighters actually intervened on the bike with fire extinguishers, but it was a false alarm. The staff's intervention made everyone think of the start of a fire, but there was actually no risk involved.

The following is Energica's statement:

“On the official test day in Jerez de la Frontera (July 16th,  2020), MotoE rider #61, Alessandro Zaccone, fell at Turn 11 during the third and final session of the day. His bike was then brought to the safety area where it was carefully checked by Energica's staff. They assessed the damage and confirmed that the battery was intact and functioning.

The bike was then brought by the circuit staff to the E-Paddock, where the unloading procedures from the transport vehicle began. The firefighters decided to cool the temperature of the motorcycle battery using water hoses and fire extinguishers, even if there were no signs of a possible fire, and notwithstanding previous assessments by Energica's staff. The bike was kept in a safe area and nothing happened."