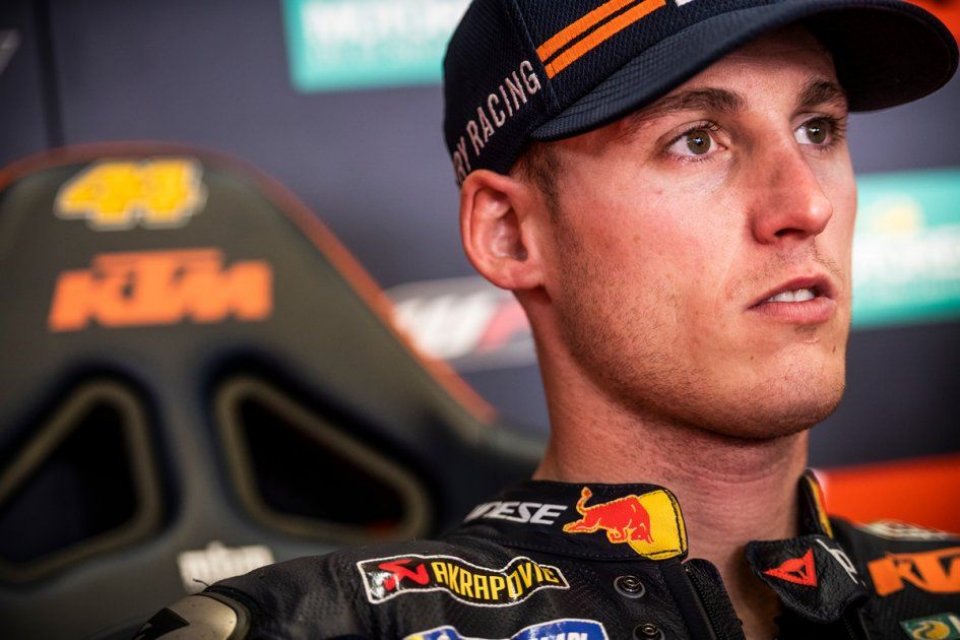 The news of the day is the arrival of Pol Espargarò in Honda starting from next season. A rider market negotiation that has been talked about for a long time in the last few months and which was finally defined in the morning.

In the few last hours, the Spaniard has given an interview to "AS", speaking of what awaits him: "It is virtually impossible to say no to Honda - he said - I had thought about it for a long time and last year, when there was a small possibility to end up riding that bike. It wasn't a decision made overnight, neither for Honda nor for me, because I was thinking about the pros and cons. But there was a message that went through my head in case I said no that I would have regretted it the moment I retired. In the end, next year I will be in Honda - he added - it is a really ambitious personal bet ".

Pol will now find himself sharing the box with a certain Marc Marquez: “To date no one has ever been able to beat Marc with the Honda, much less to get closer - he recalled - but I want to try to see and understand what he has different than the other riders, possibly by trying to share some of his information. As we well know, the biggest challenge for a rider is to be able to beat the fastest ones and as a result this will be my task. Honda didn't want to sign me to be the second rider, but to beat Marc.

In recent years, many have tried to put a spanner in the works of the #93, but those who have tried have paid dearly. For more information ask Pedrosa and Lorenzo: “With Lorenzo things went pretty badly in Honda - Pol mentioned - it comforts me, however, to know that Jorge and I are different as riders. The Honda is a motorcycle that needs an ambitious rider, who gives everything, without holding back and who knows how to suffer. From this point of view, I have learned a lot in these years with KTM, where I have picked up a lot of crashes. Honda wants ambitious and combative riders and I think my style can adapt to that bike ".