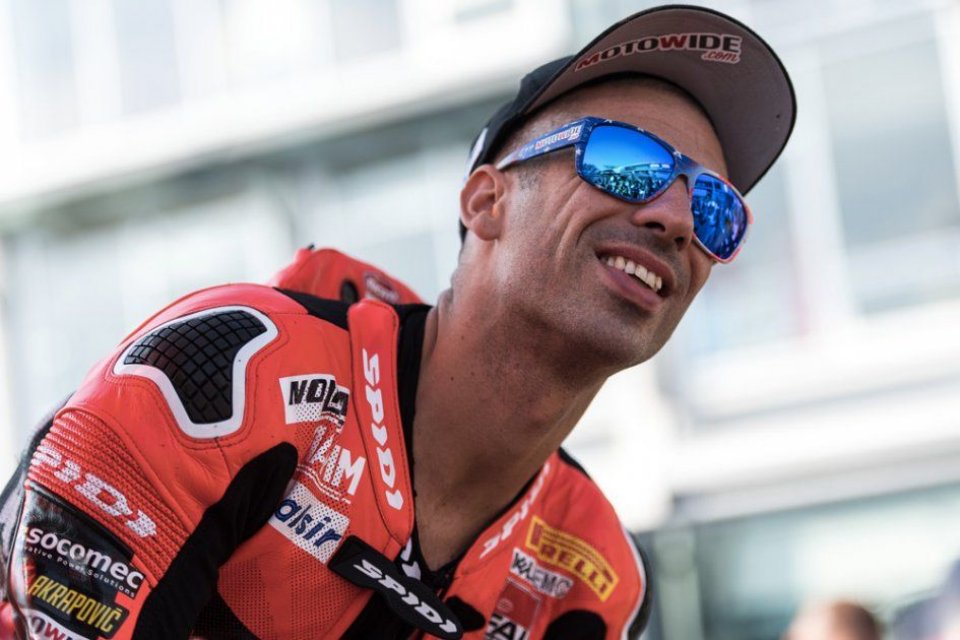 Who will be riding the Barni Ducati at Jerez on August 1-2? The question is wide-open and an answer is expected in the next few days. First, however, the team from Bergamo will have to find a way to definitively terminate their contract with Leon Camier.

At the moment there is still no agreement between the parties, but Barnabò wants to find a definitive solution by next week, given that the time is running out and Leon's physical condition would hardly allow him to take part in the entire World Championship. So that’s the reason for the decision to change.

In recent weeks, the team owner has sounded out several possibilities, asking Michele Pirro and evaluating Randy Krummenacher among the candidates. As we all know, yesterday the Swiss rider ended his adventure with MV Agusta and is now looking for a seat. However, this is not as simple as it sounds since the Swiss rider will not be able to ride any other bikes until the situation with Quadranti’s team has been resolved. In fact, there are clauses and contracts, for this reason the matter still has to be sorted.

For sure, Randy would certainly not refuse if a Ducati V4 was made available for him, a bike which he also tested in May, on the occasion of the two-day test at Misano with the Barni team.

The fact is that in this matter that presents several unknown factors, Barnabò has also been evaluating the possibility of giving the ride to Marco Melandri. After chasing him last year at the end of the season for 2020, the team owner has in fact contacted the man from Ravenna in recent weeks to see if there is any chance of him returning. It could be a fascinating and at the same time compelling story, but one that will most likely not end up the way everyone expects.

Despite Marco staying constantly in shape, if he were to accept this possibility, he would arrive at Jerez with a bike he had never even seen before, without even having done a test. He himself has repeatedly told us that racing is now a closed chapter in his life and, precisely in the case of a sensational return, he would like to get there at least well-prepared, or with a test behind him. Seeing Marco back on the grid is destined to remain a midsummer night's dream…