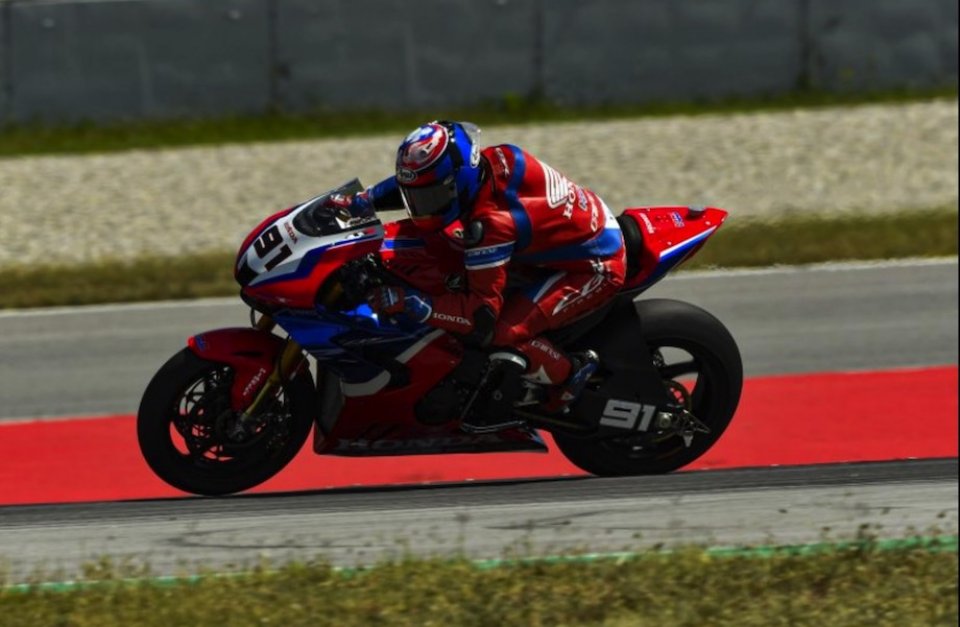 The Barcelona tests ended yesterday and the HRC team, with the CBR1000RR-R Fireblade led by Alvaro Bautista and Leon Haslam, was certainly one of the most anticipated players. The two Honda riders took to the track with their motorbike for the first time after the break caused by the Coronavirus but, after just one day of testing, they had another setback.

We're not talking about another 4 months of lockdown but 4 hours of conference calls with Japanese engineers blocked at home by travel restrictions. This long meeting did not allow Alvaro and Leon to get on the track in the morning when their opponents mounted qualifying tires, bringing a real Superpole to the stage.

"It was a shame not to get on the track in the morning because the temperatures were low and the times were fast," Haslam told us at the end of the tests. "We were in a meeting with the Japanese engineers, and our relationship with them is very important because it allows us to take significant steps forward. Everything they offer us is always very precise and calculated."

At what point are you with the development of this bike? Do you think you can win a few races in the current championship or would the podium be a good result?

“So far we only did three tests and one race. The bike is not able to win at the moment, and we have to do everything we can to achieve that goal. We still have many innovations to test, and we have to do it slowly because, if we do everything  all at once, the bike could get worse. These test days are the crux of our season because we can work in an environment that is not that of the race weekend. Sunday's result is not a mirror of the bike's ability but of our goal."

Back to today. In the afternoon, you and Alvaro took to the track. How do you rate the work that was done?

“We analyzed some things that we had pending from Australia. As for the times, I have to say that they were convincing with both the race and the qualifying tires, I was close to the best times."